Daenerys Stormborn invades & A main character lands in Zumaia (UPDATED!) | Watchers on the Wall | A Game of Thrones Community for Breaking News, Casting, and Commentary 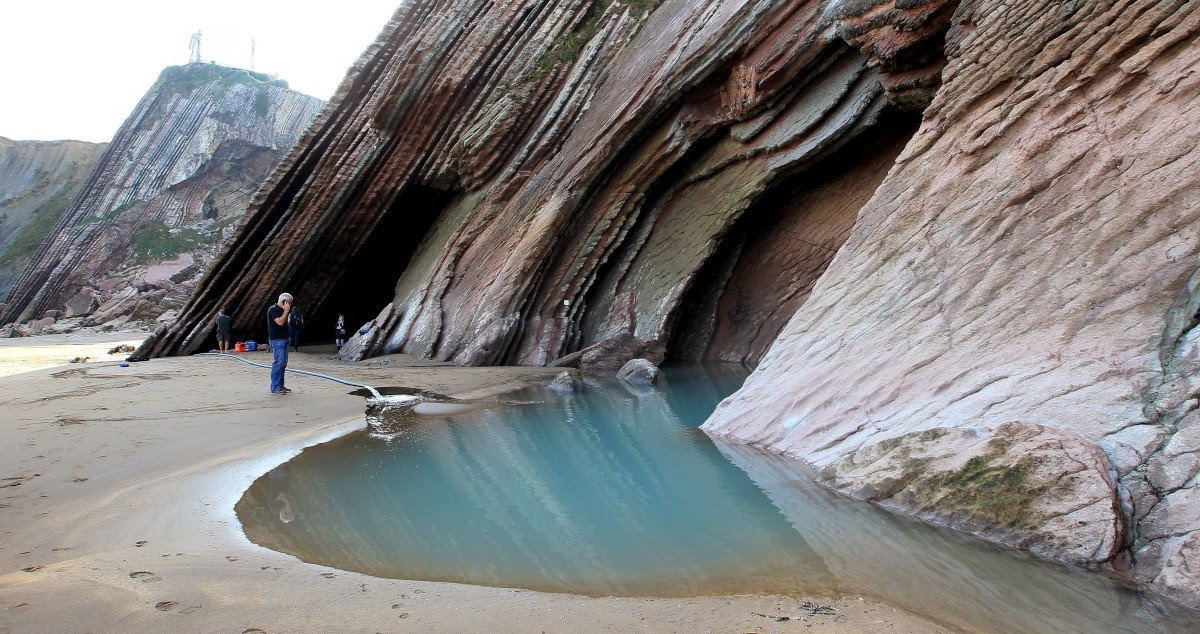 Production may be nearing its end in Zumaia but that doesn’t mean this week’s continuous bombardment of spoilers is over. Duck and cover if you want to enjoy a pure experience when season seven airs. If you dare, however, we bring you news of today’s filming at Itzurun beach, as Game of Thrones films two momentous arrivals to Westeros: A royal invasion and a returning character. Also, we clear up yesterday’s furtive shoot.

El Diario Vasco comments on the likely reason that yesterday’s shoot was so elusive: Filming focused in the caves, which we knew they would use, against the cliff that rises from the beach and walls it off. This made spying from the cliff impossible. This morning was not so different: Reporting directly from the location, Javi Marcos from Los Siete Reinos reported there was filming taking place in the caves again. It should be clarified, however, that these so-called “caves” are empty; there are no complex tunnels inside. It’s just an unconventional rock formation formed by the flysch. The show may pass these holes off as entrances for actual caves, but nothing more. Whatever they filmed in the area, it had to be about characters going in or out, because there is nowhere else to go.

Now, the Daily Mail releases PAP4U‘s new photos, showing Unsullied and the whole Targaryen crew heading to the cliff area —In a rather hilarious fashion, too. You are awesome, Conleth Hill. Just awesome. What would we do without your funny faces! 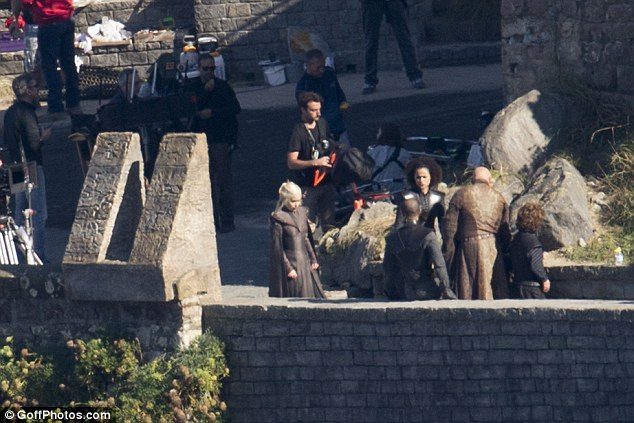 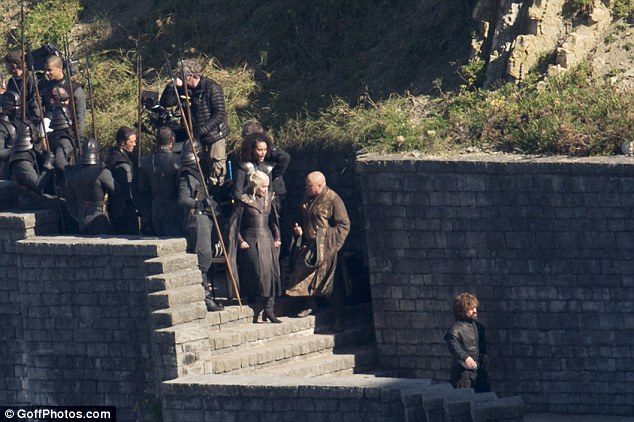 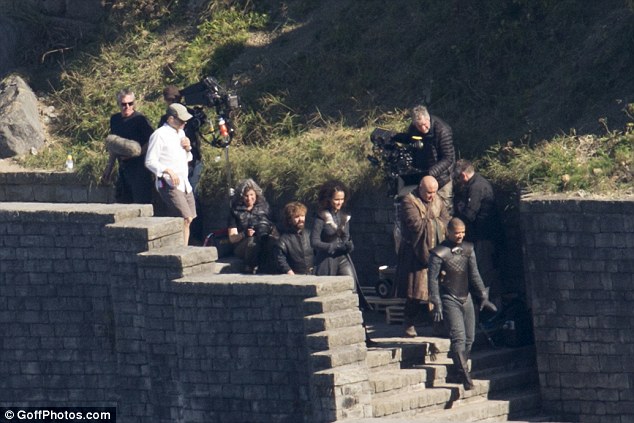 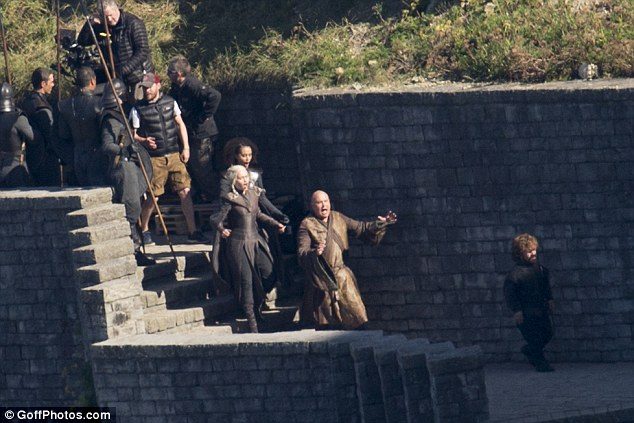 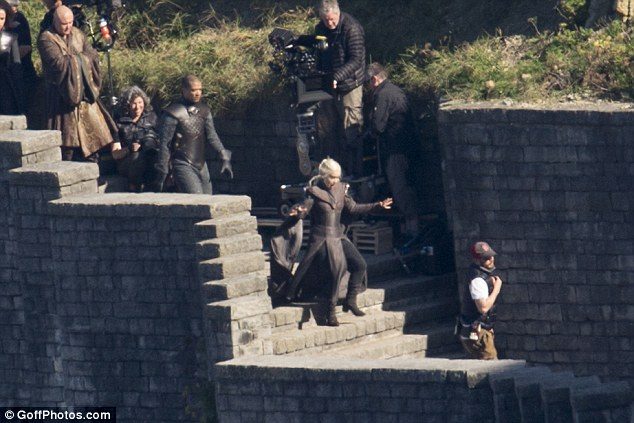 UPDATE: Julien Reynaud brings us another look at the queen’s return to her birthplace: 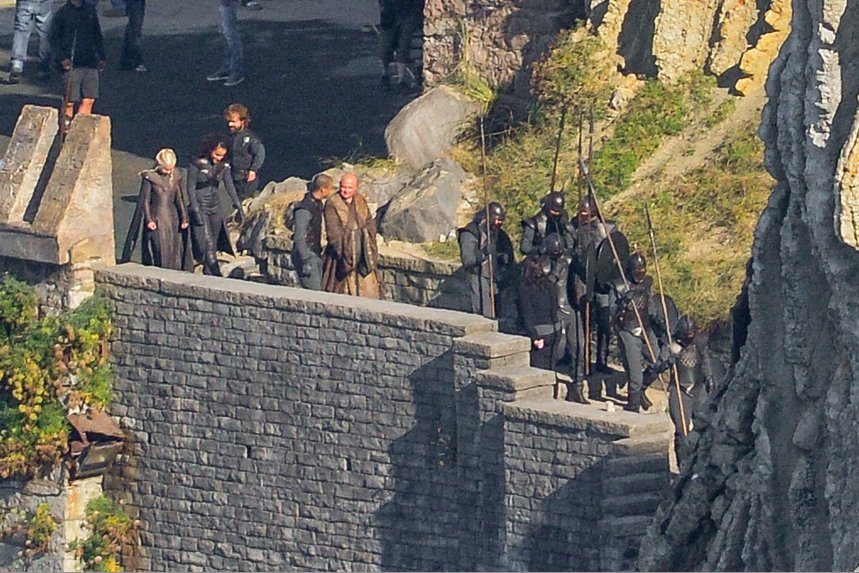 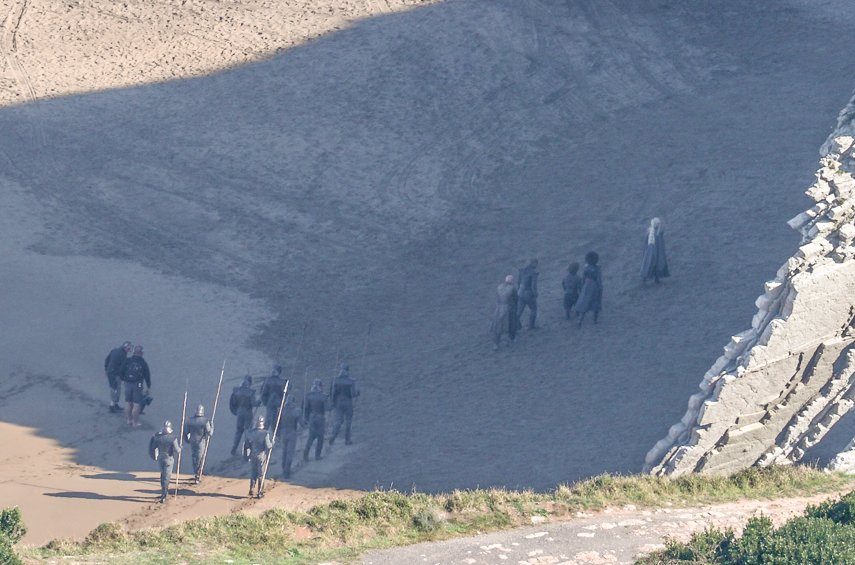 Going by the cast and their clothes, this is likely supposed to be Daenerys’ landing in Dragonstone, a scene which continues when she and the others ascend to the castle, which was already filmed in Gaztelugatxe, where the Unsullied were spotted last. Director Jeremy Podeswa is alongside the cast. Podeswa is directing the premiere and the finale, which means Daenerys arrives in Dragonstone in the first episode.

El Diario Vasco also tackled the involvement of the local Telmo Deun rowing club, as well as Mark O’Donovan, who isn’t only a world-class Irish rower —He is also described as an actor, which most likely means he will have a few lines. Why else bring an English-speaking rower all the way from Ireland, when there are so many native oarsmen? Obviously, the club was mainly hired to bring main characters to shore. However, you might have noticed the oarsmen have technically only been working on land, filming arrivals once the boats are already on shore and departures before actually sailing away. That changed this afternoon, when they filmed Jorah’s arrival in Dragonstone. Again, the Daily Mail provides us with PAP4U‘s juicy ultra-zoom pictures of Ser Jorah, though it’s possible he’s being played by a stuntman in this scene instead of Iain Glen: 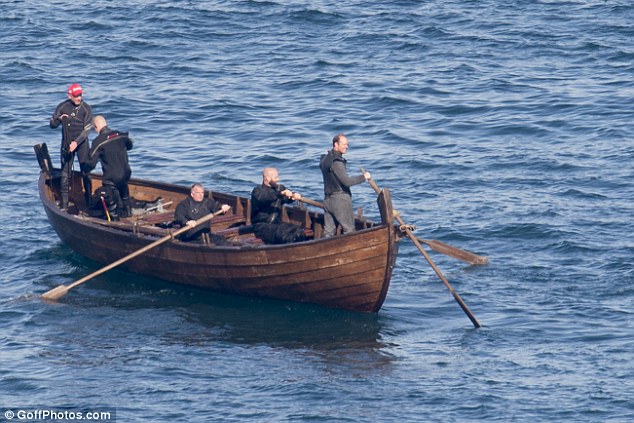 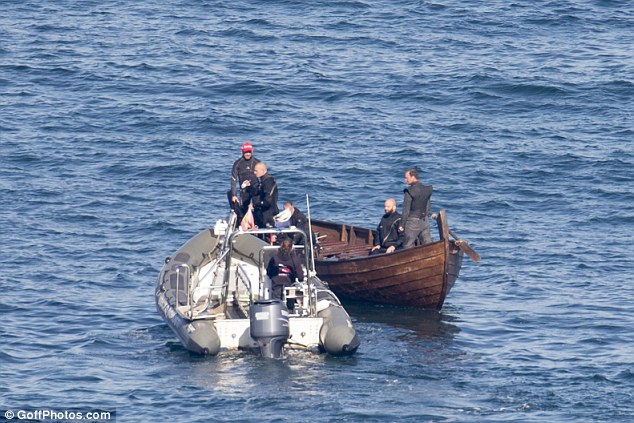 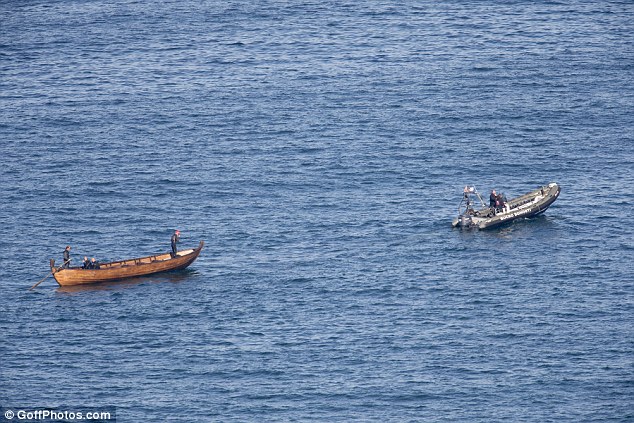 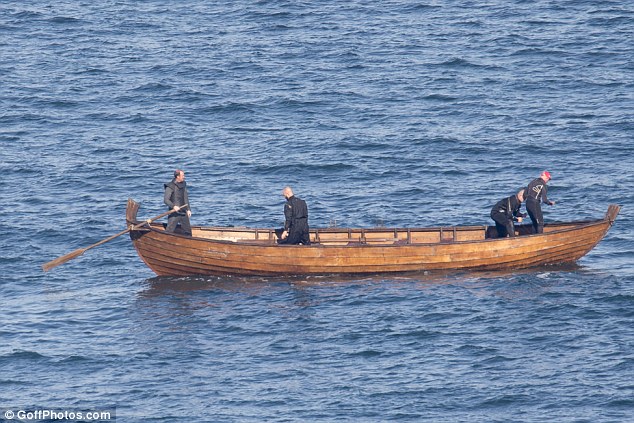 Before jumping into the comments, we remind you all again to take into account those in the community who might have read these spoilers but may not want to know anything about other ones, especially those never reported in Watchers on the Wall. Please, ONLY discuss what is what is revealed, mentioned and linked in this report. Possible leaks MUST be discussed in the forums. Failing that, spoiler-tag properly.