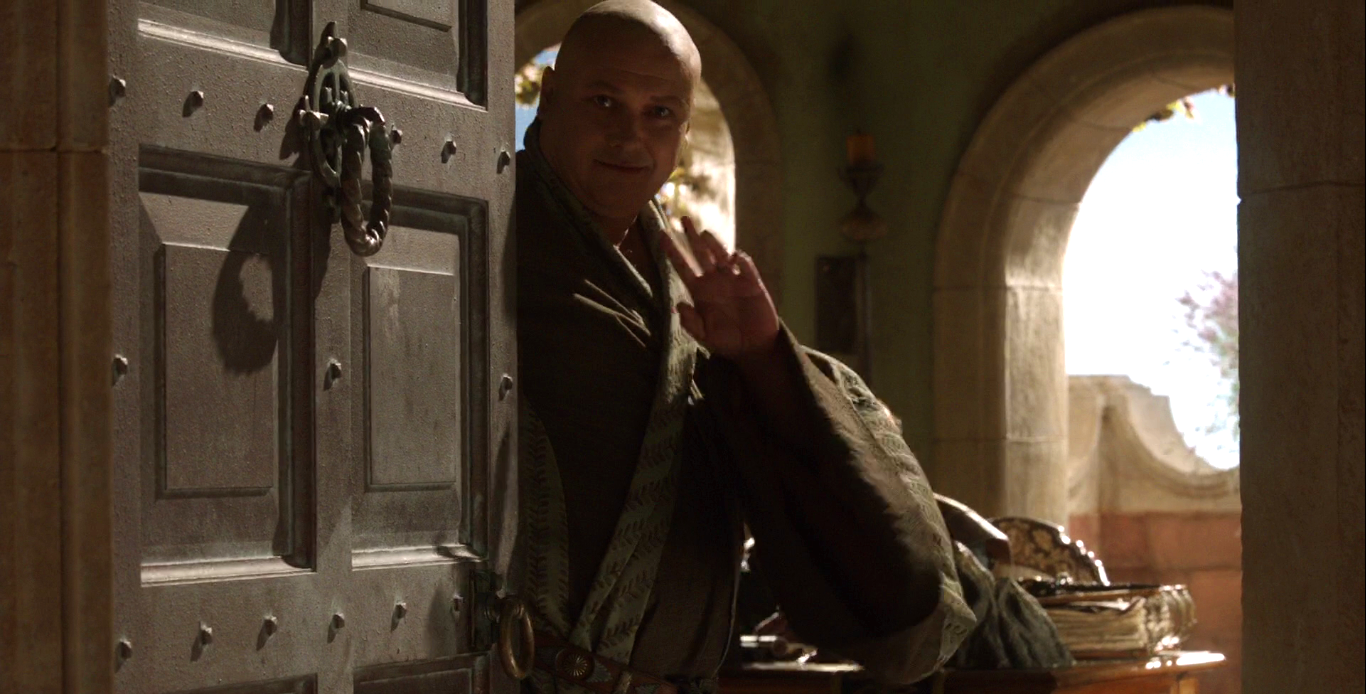 Just as every other single day of filming in the picturesque Gipuzkoan town of Zumaia, the fourth day of the shoot has been photographed from the Santa Klara country house. Its privileged view of Itzurun beach has again been exploited by onlookers to give us a look at a few scenes —One with six of the starring cast, including one who just arrived; and another with two key main characters and perhaps a lesson on dragon-petting.

Before we go into Zumaia’s filming, there is a bit of news that may interest the locals such as myself: Zumaia’s official site reports that once Game of Thrones ends filming on Saturday, the set will be available to visit intact on Sunday the 30th. So if you live near Zumaia and want to get a look at the finished set, the 30th is the day to do so! 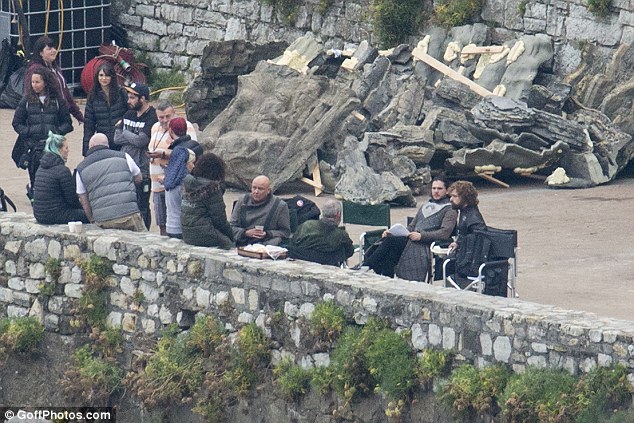 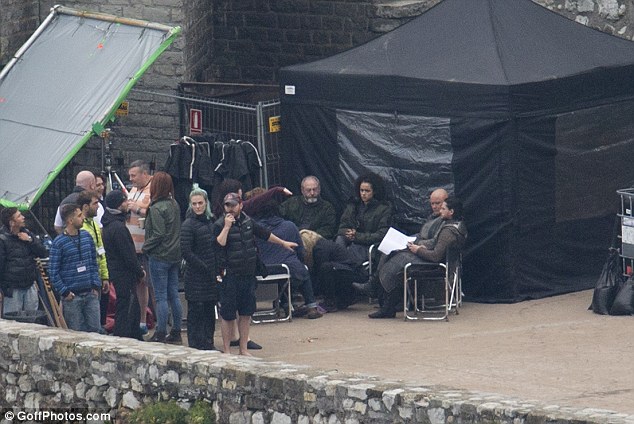 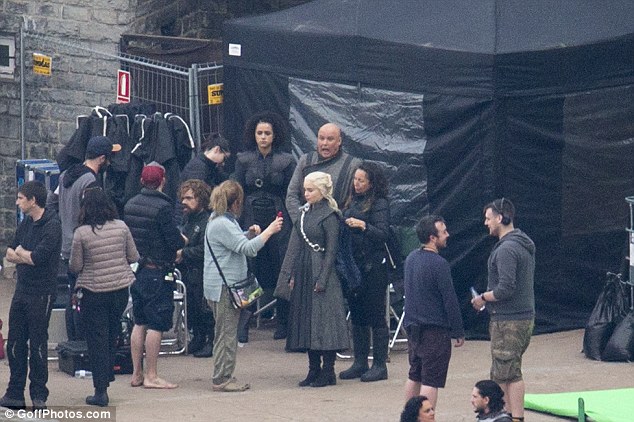 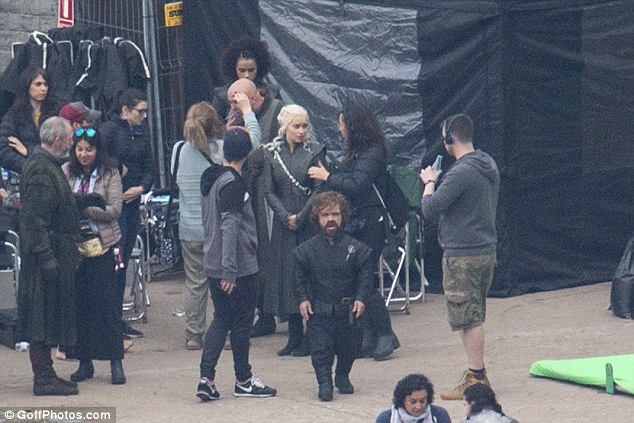 This morning’s report is not as stirring as it was in previous days, in which our insatiable hunger for learning more was indulged beyond belief. Still, it’s good to be sure that Varys will be on Dragonstone‘s shores with Dany, Jon, Tyrion, Davos and Missandei. We saw him at Gaztelugatxe, which also acts as Dragonstone, so it’s not a big shock.

In the afternoon, however, things got more interesting, as photographs surfaced in an Emilia Clarke fansite’s gallery showing these same characters —Jon, Daenerys, Tyrion, Davos, Missandei and Varys— in the shores of Dragonstone… And perhaps they weren’t alone! The cast and crew were spotted holding a few different dragon heads. The small painted head is used as a reference for the VFX team, so that in the future they know exactly how the dragon’s colors and texture should look like in a particular environment. Meanwhile, the large grey head is usually used for contact with the actors, so that the human performer is really touching something resembling what the creature will look like, instead of miming in the air, which tends to look incredibly fake. 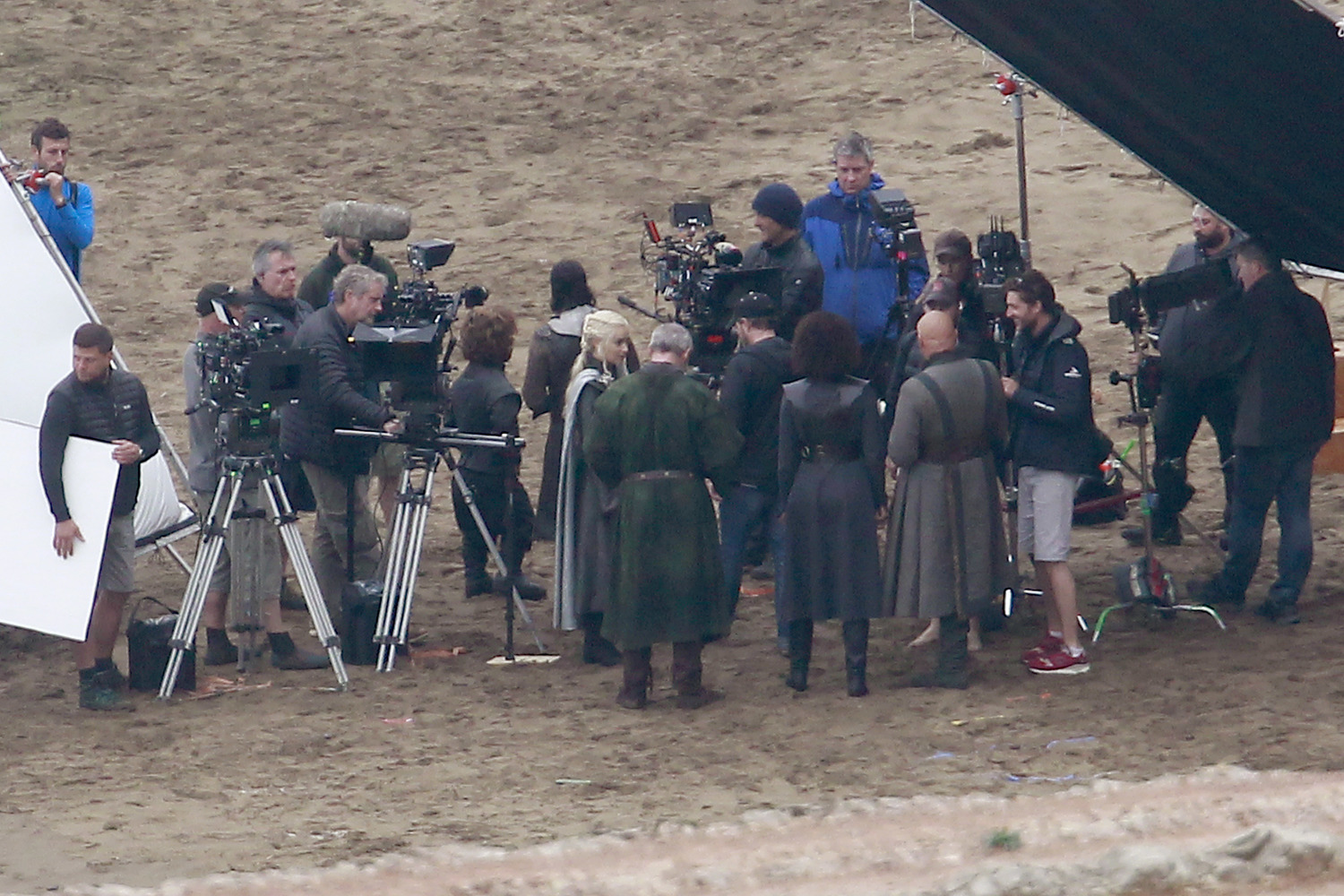 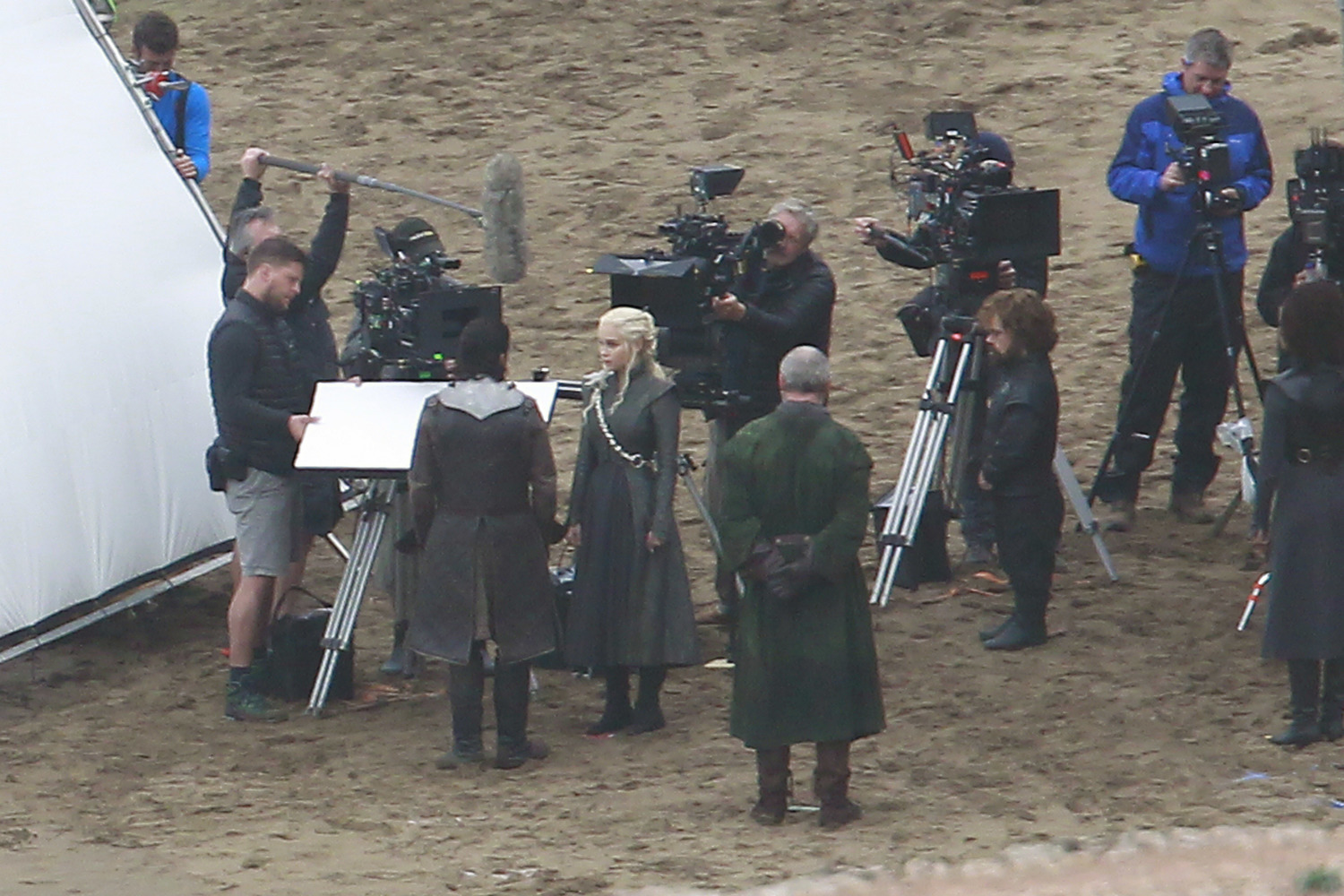 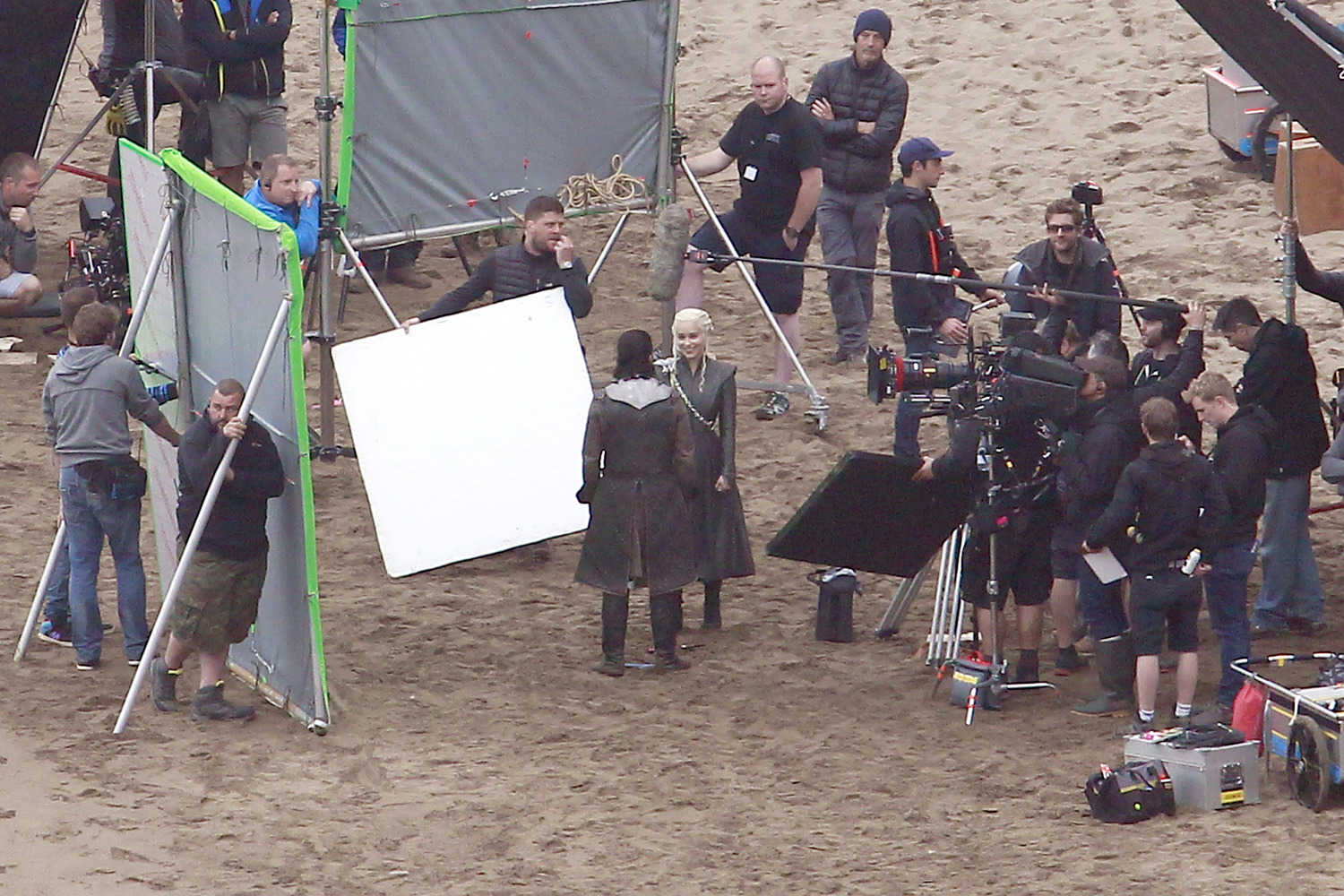 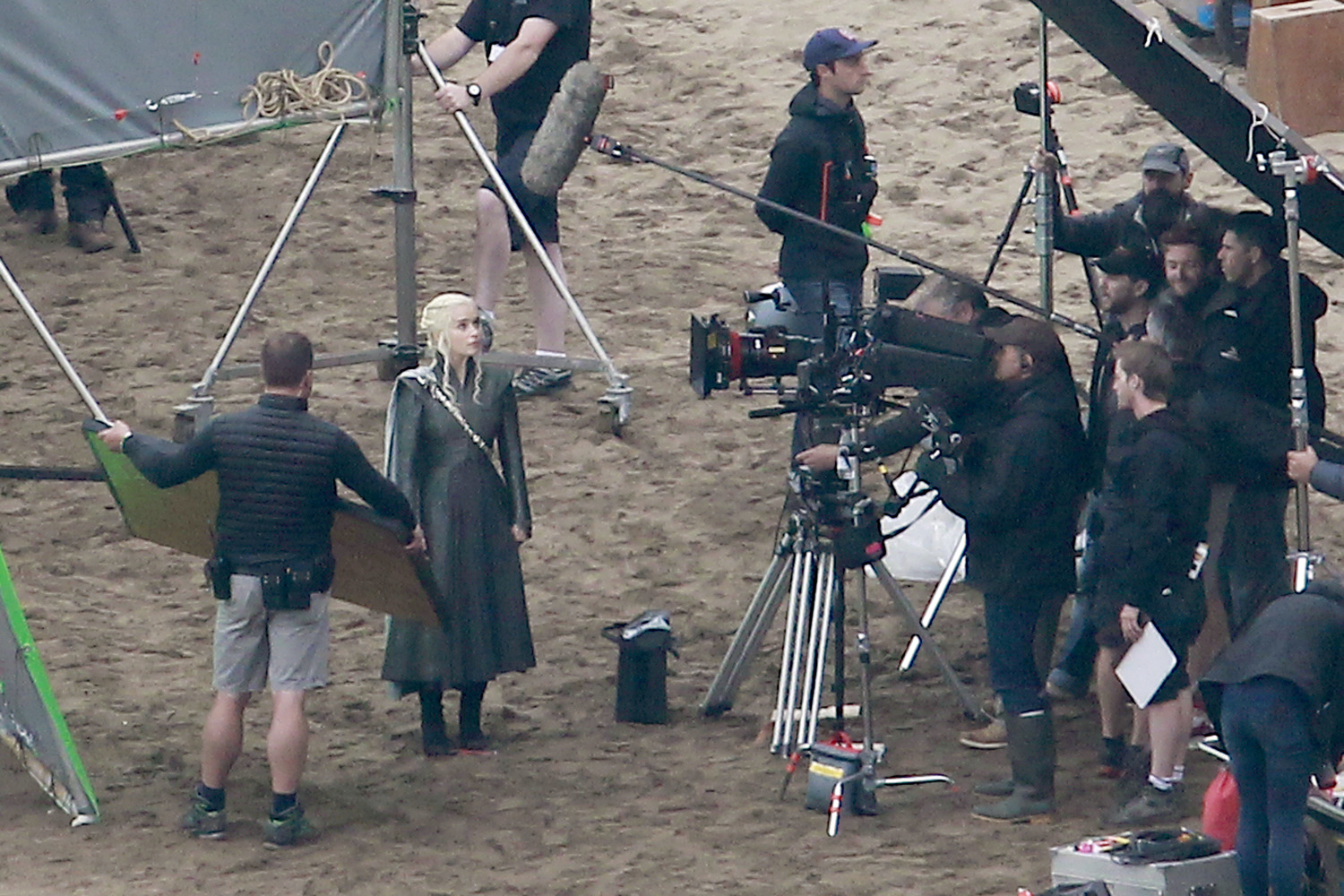 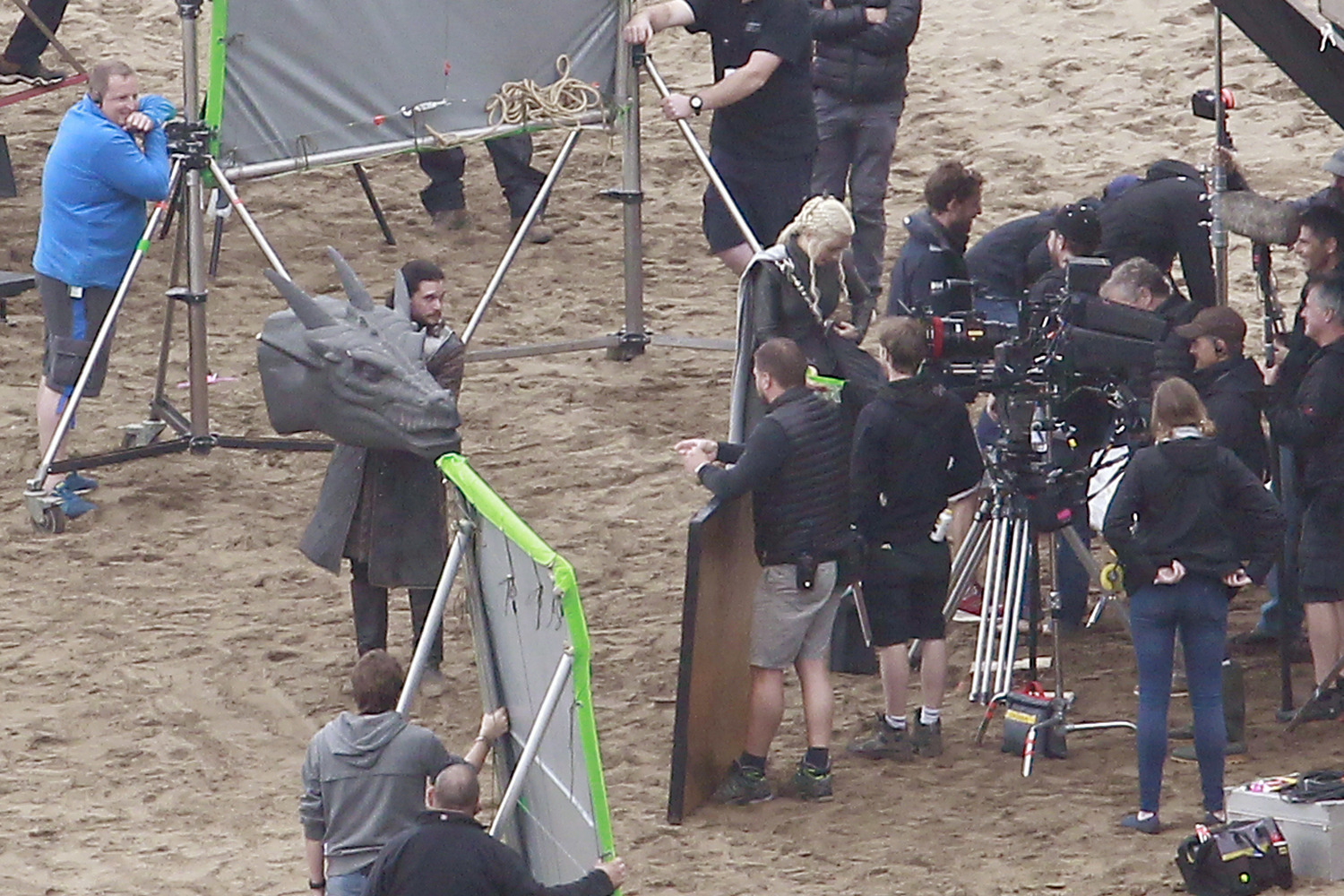 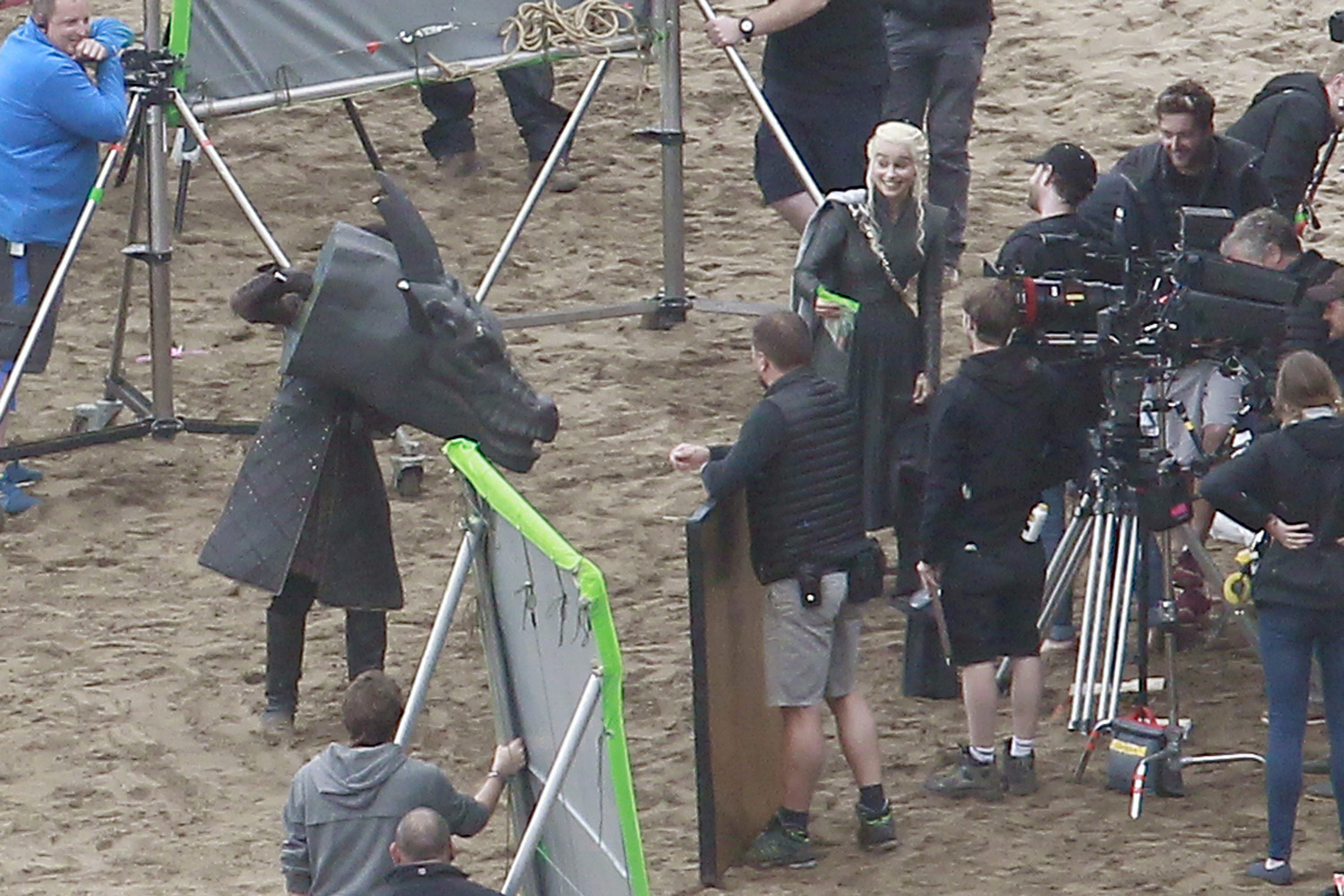 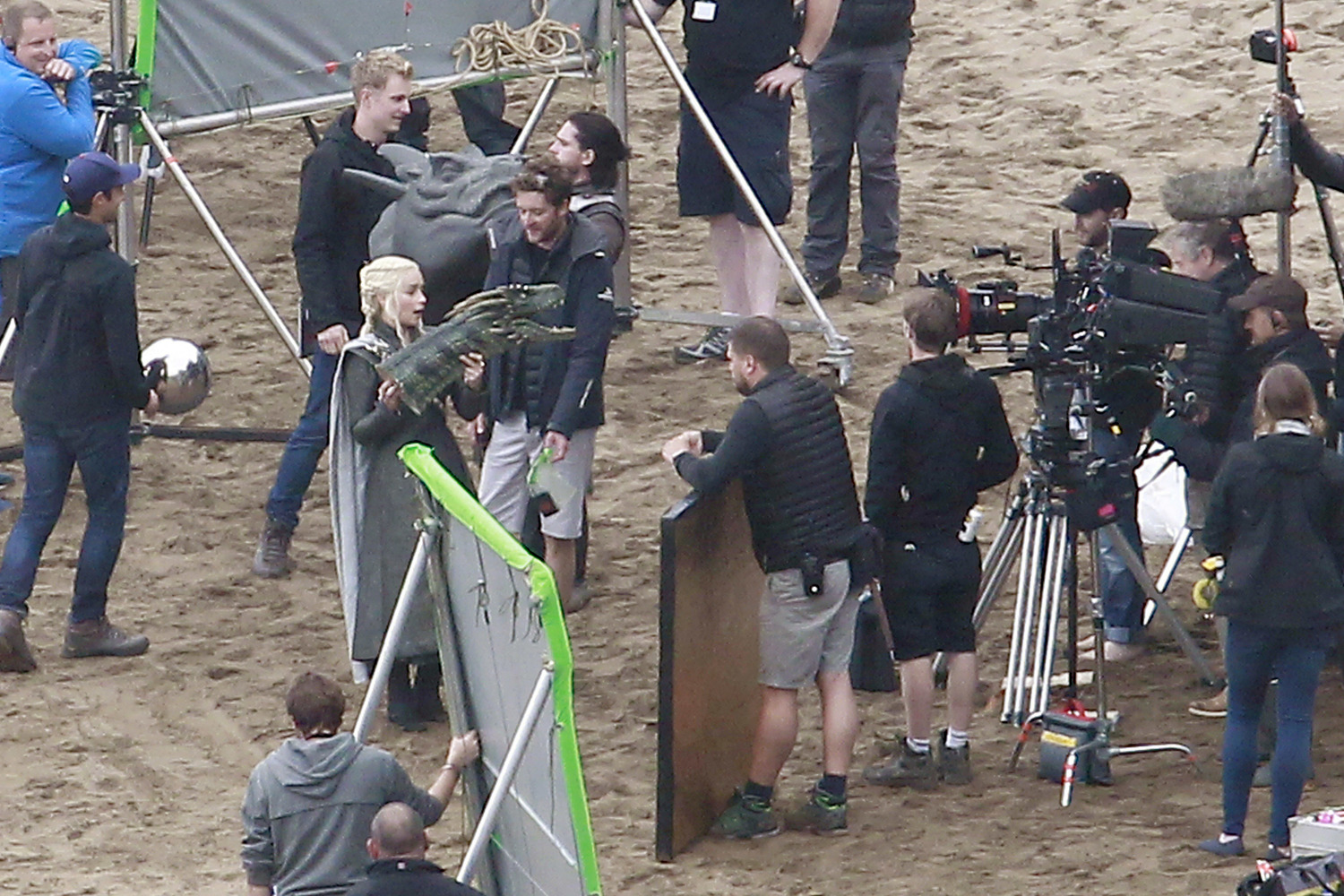 We can’t know what the sequence entails for certain, but it sure seems to involve a conversation between monarchs and Jon petting a dragon —And going by the colors of the reference head, it would be Rhaegal. That would be a pretty big deal, wouldn’t it?

Still, they are shown goofing around with the heads in many pictures, so we should consider this might just be one of the producers’ ways of messing with the paparazzi. Even with that prudent warning present, one has to wonder if they would go to such highly technical and time-consuming trouble just to confuse us. There is also the fact that we can also see a sequence being filmed in which Daenerys is looking up at the sky.

In the end, both of today’s would-be-scenes could be one and the same, as they shared a cast of characters (well, not counting the dragon.) Admittedly, we have little to go on, especially for this morning, but feel free to theorize on the comment section below!

However, before going on our traditional speculation frenzy in the comment section, please let’s consider that those who might have read this particular spoiler may not want to be aware of other spoilers, especially those which have gone unreported in this site. Please, ONLY discuss what is what is revealed, mentioned and linked in this report. Other spoilers MUST be discussed in the forums or, failing that, properly tagged.