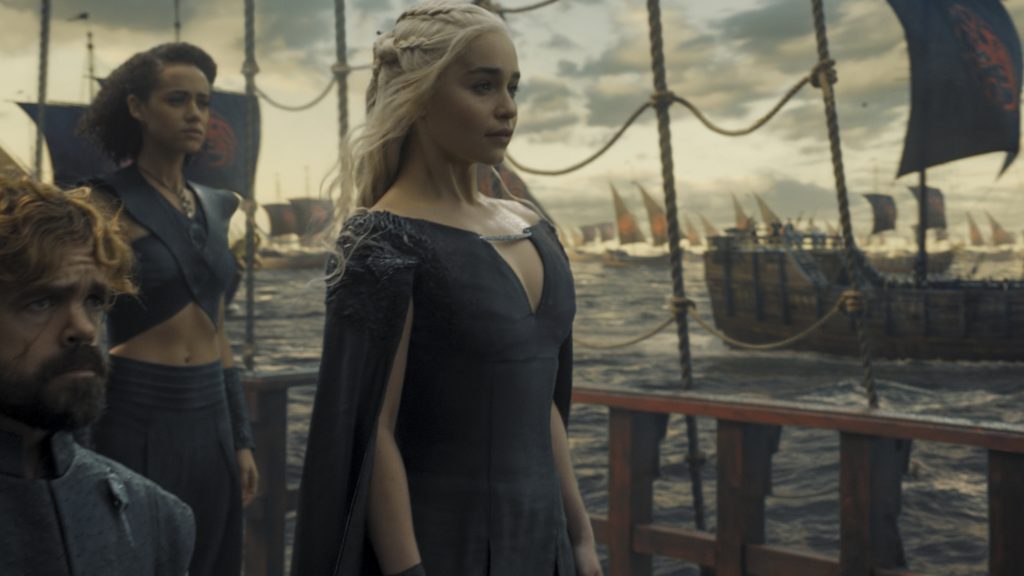 It looks like there will be a bit of a delay with Game of Thrones filming this fall-  but not too much of one, so fans shouldn’t sweat it. HBO will be filming season 7 in the regions of Cordoba and Seville, Spain, as previously announced, but the shooting will take place in late November of this year. Filming was initially planned for November 1st through the 12th, but has been pushed back.

In Seville, according to ABCdeSevilla, the show is expected to shoot in the medieval Royal Shipyards and also in the Roman ruins of Italica in Santiponce, in the amphitheater. In Cordoba, Game of Thrones will be filming in the Castillo de Almodovar del Rio, a 1300-year-old Muslim castle.

It looks like there may not be any filming inside the Alcázar of Seville after all this year, the beautiful palace that has stood in as Dorne’s Water Gardens for the last two seasons. However that could change, according to ABCdeSevilla, with new decisions possibly made in the near future.

With filming now happening in late November in this area, that causes an overlap with the scheduled filming in the Cáceres region. So it looks like we might see two units in action simultaneously in Spain, making for a hectic shooting time.

In other Spain filming news, today Los Siete Reinos has new information about plans for season 7, so beware of spoilers ahead!

For the past month, we’ve heard rumblings from Spain about a battle in the works for shooting in Malpartida, Spain. Now we have even more details, courtesy of L7R.

Previously, we’d heard that there was a scene involving wagons in the works for filming on the private property of Las Breñas. Now it seems that “battle” may not be the right word for it what is going down there. L7R has learned that what is being planned there could more accurately be called an “ambush.”

They describe a scene involving wagons with goods traveling from a castle (inserted with CGI), attacked by enemy soldiers. While that doesn’t sound overwhelming, Game of Thrones has scheduled 500 extras for filming in Malpartida, a very large number for the show. For comparison, GoT used that many extras for the entire shooting of the Battle of the Bastards.

There’s another chunk of info concerning the Malpartida shooting: the new report says that we can expect to see at least one Lannister in the fray. Previous information learned from the extras casting process tells us that we can expect the involvement of Unsullied soldiers and Dothraki warriors, and so the presence of Tyrion is almost a given at this point. L7R has heard, though this is not confirmed, that the conflict there will involve Tyrion and one of his siblings.

Los Siete Reinos has also heard details about a scene that sounds exciting. The scene planned for shooting in nearby Los Barruecos, around the watery territory there, will involve a major character falling into the water.

There is no guarantee that the fall is part of the fighting, but it does seem possible, considering the terrain there is similar to the area nearby where the action will be shot. Production has been testing locally how they can accomplish it. As for what that scene is- well, there are many possibilities but the most intriguing is the idea that someone may be falling off a dragon while riding it in battle.

That’s quite a lot of new information to dissect! Who is attacking and who is being attacked in this scenario?