Paul Kaye on Googling how to act like Thoros of Myr | Watchers on the Wall | A Game of Thrones Community for Breaking News, Casting, and Commentary 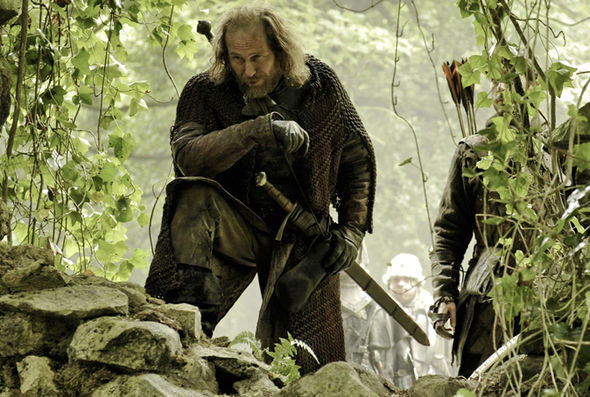 In a new interview with the Express, Paul Kaye discusses landing his part in Game of Thrones, the upcoming season seven and his latest comedy role.

The actor admitted that just hours before he was due on set as Thoros of Myr, he found himself Googling how to act in a state of desperate panic. Comparing the shoot to his first day at school, Paul claimed he still had to pinch himself that he had actually landed a role in the show, even after six auditions.

When I first got the gig, I was pretty terrified and couldn’t sleep. I got to Belfast and I was being picked up at 4.30am for filming, and at 2am I was on Google typing in, ‘how to act.’  I suddenly thought, ‘what am I doing here? How the hell have I got here and how am I going to cope with it?’ I do have those moments of massive insecurity.

He remained typically vague when asked about a return for Thoros in Season Seven:

I don’t have a clue what is going on, I don’t really know if I am in it or not.  I don’t know whether I’d get told off if I say anything about it. If I was in it, I would have started filming. I don’t want to be the one to let any cats out of any bags, sorry.

Vague as Kaye remains, Watchers on the Wall has heard rumors as to whether or not we might see him in the new season.

Meanwhile, Paul can be seen alongside The Inbetweeners’ James Buckley in The Comedian’s Guide To Survival, playing a magazine editor in the comedy about a struggling stand-up comic.

My character is just a bit of a bully, he’s tired of what he’s doing I think. He’s probably smack bang in the middle of a midlife crisis, that’s why I can relate to him

You can read the interview in its entirety here.