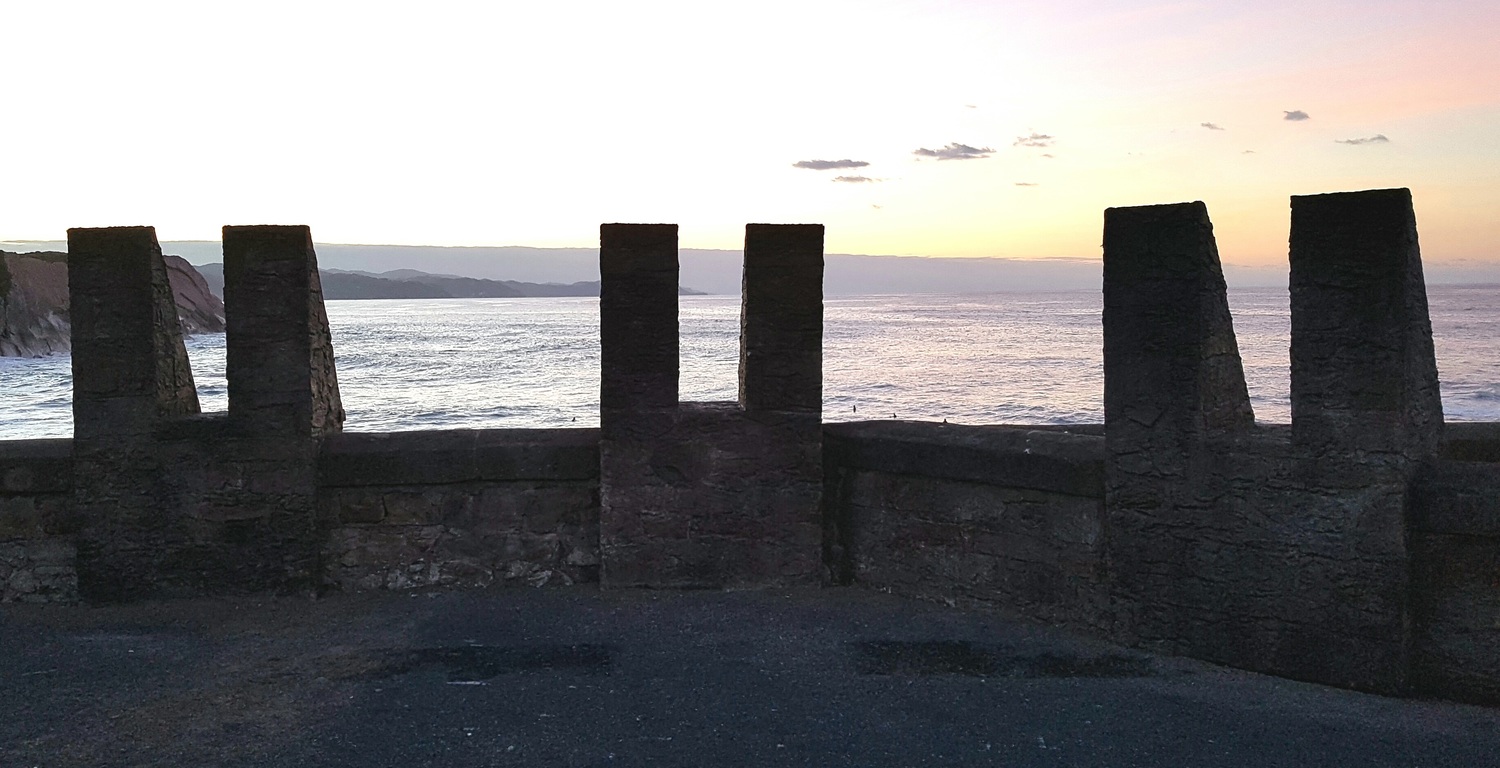 This morning on the second day of filming in Zumaia, we witnessed the arrival of a Greyjoy fleet on shore and a tense reunion with characters who have not seen each other since the beginning of the show. This evening, the much theorized about battlement set built on top of the wall in Itzurun beach has been put to use for the first time, as two long-standing characters from the show shared a private conversation.

Before we get to this evening’s filming: The elusive Iain Glen has been spotted for the first time this year —In the Basque Country. Zumaia is the last Basque location, so this can only mean that Ser Jorah Mormont will return to her queen at Dragonstone.

With no more preamble, here is the photo of the battlement set brought to us by EFE:

UPDATE: The Daily Mail is an eternal source of gossip and this hasn’t been an exception. They bring us much better pictures of the scene, as well as a behind the scenes look at Kit Harington and Emilia Clarke goofing around. A more serious Nathalie Emmanuel was also on set and in the costume we have seen her wear in every Dragonstone scene. As for Daenerys’ dress sense, let’s just say that those who have been eagerly waiting to see the Dragon Queen embrace her Targaryen nature will not be disappointed: 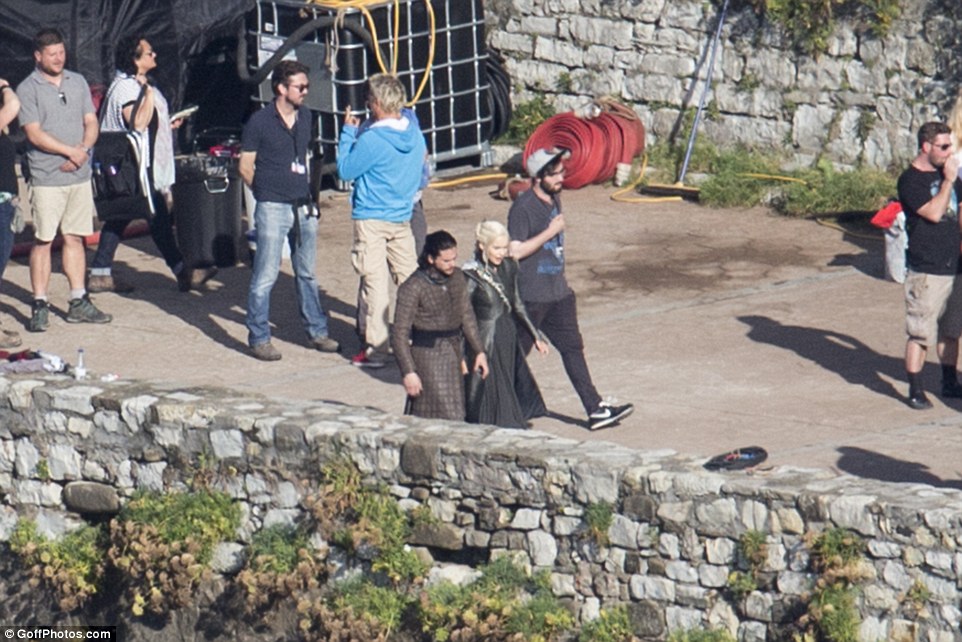 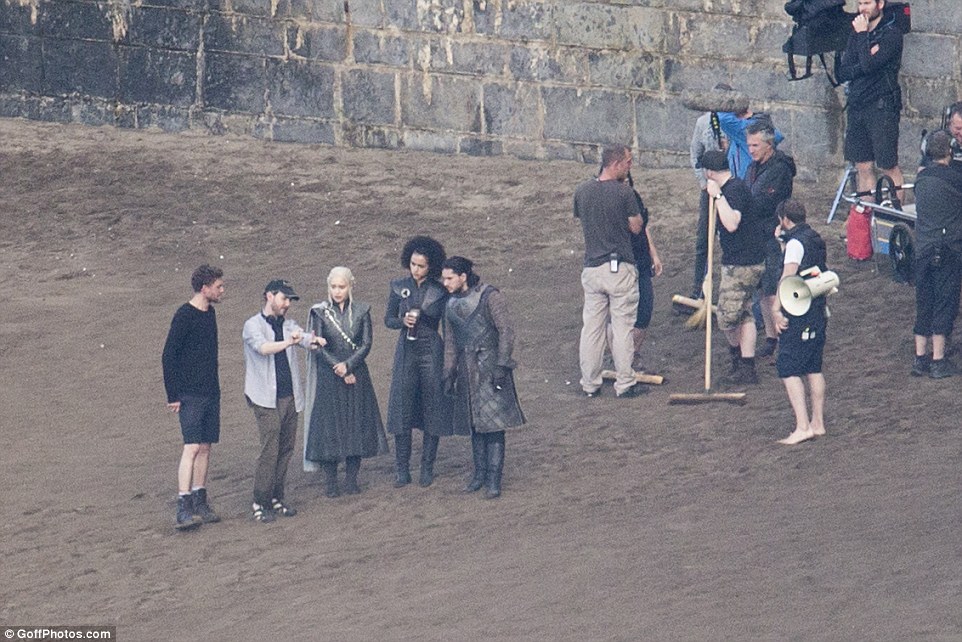 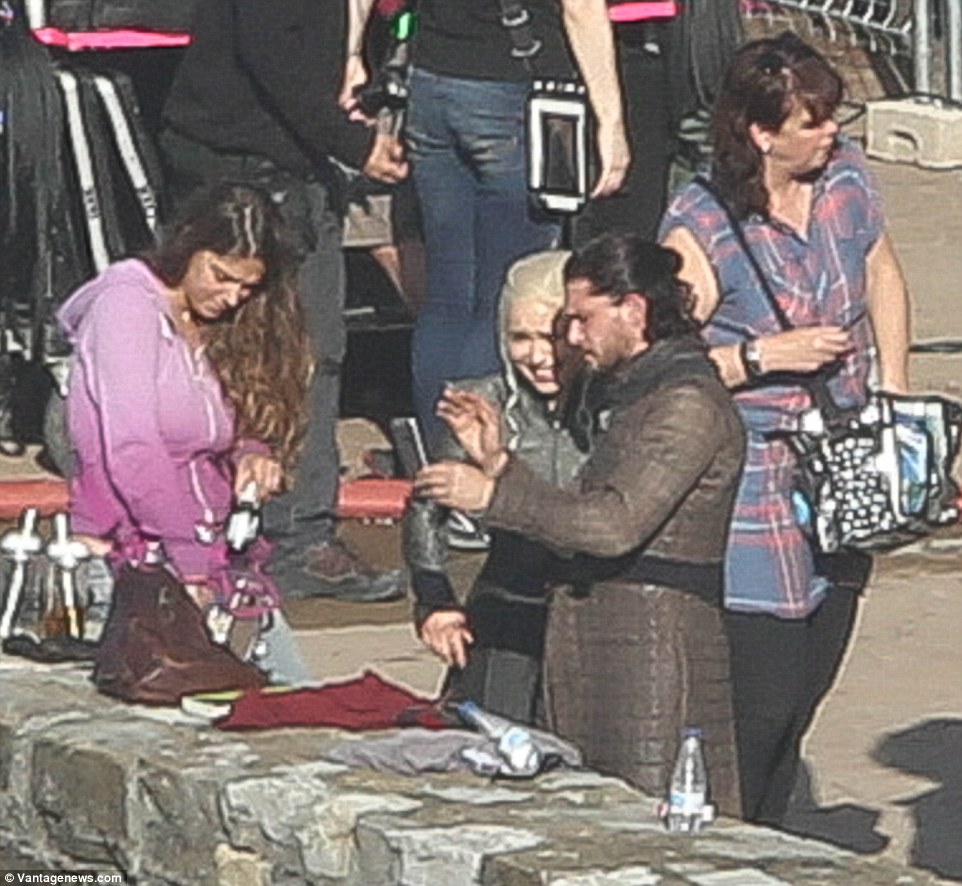 Those are indeed Jon Snow and Daenerys Targaryen sharing a peaceful walk along Dragonstone‘s lowest battlements. What may the two monarchs be discussing? Of course, that’s anyone’s guess, which is part of the fun here. Some may say that by looking at these photographs we are spoiling our experience, but usually they are but a tease of what the show will offer us in the end. What do you think this scene will offer?