Cameras keep on rolling in Zumaia this week, while back in Northern Ireland the new Game of Thrones set sees action with another filming unit.

The Outlook‘s ‘eye in the sky’ captured a few images of the newest N.I. shooting site in the Mournes for season 7, which fans first learned of a few days’ ago. The false-snowed fields are found in the area of Kinnahalla Rd., outside Hilltown, according to The Outlook. And while the location was still under construction on Monday, today the Mournes set is fully alive with actors on horseback and cameras.

We can’t ascertain the identity of the actors at the location; unfortunately the photos are just too distant. So what do we have here?

Clearly this is the wintry North of Westeros. Who is doing a bit of traveling? We know Bran is on the move, he can’t live at that weirwood tree beyond the Wall. Does this scene involve him and the Night’s Watch? Or should we look further south to Sansa and Littlefinger, and the folks stationed at Winterfell?

Update: Goya Photography captured more images of the new location. Here are a few closer shots of the field and the small snow-covered building on the site:

Elsewhere in Northern Ireland, another performer has returned to work on the new season. This morning English actress Annette Hannah, who played the little bird Frances in season 6, arrived in Belfast. A WotW reader spotted her in the airport and shared a photo with us: 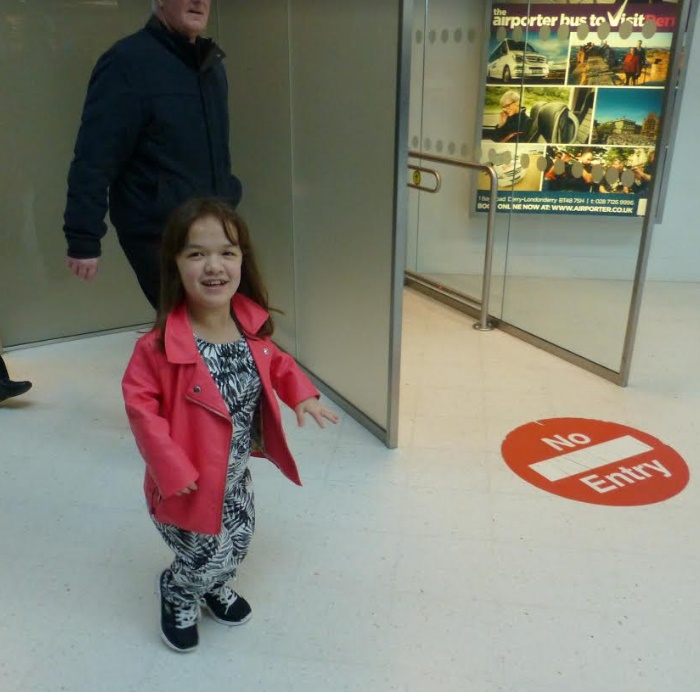 So we have one of Qyburn’s birds back for season 7, and filming taking place soon, no doubt. Keep a lookout for Anton Lesser from this point on. What will the murderous little birds be up to in season 7?