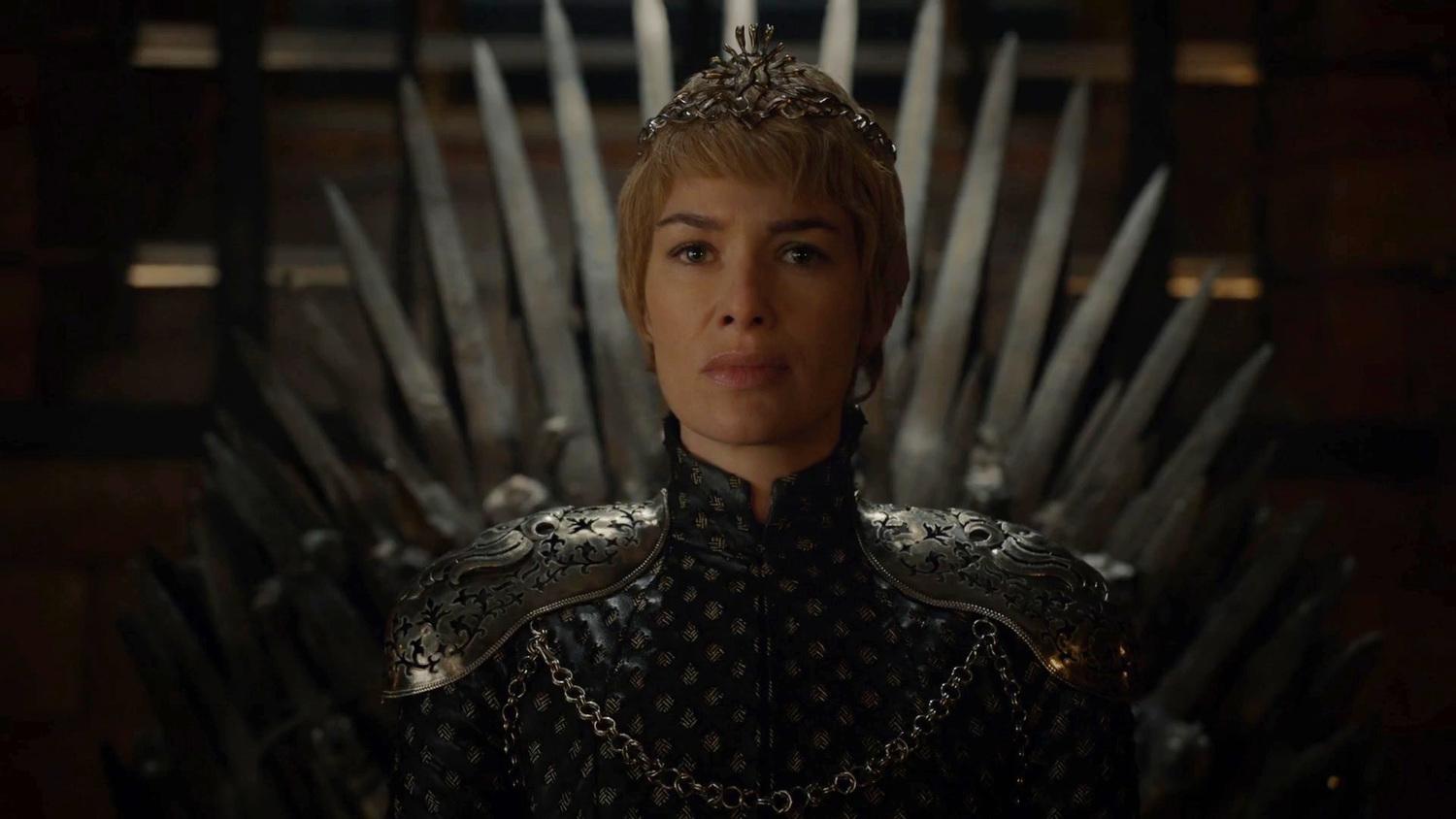 Oh, spoiler addicts, how fiercely are we longing for the days in which Game of Thrones filmed along the mountainous coast of the Basque Country, which offered bays, peaks and cliffs from which clever observers could oversee almost any filming. Conditions in Southern Spain couldn’t be more different, as the flat terrain offers no high ground and the locations in Seville and Itálica are tightly closed off anyway. Nevertheless, here at Watchers on the Wall we are still able to offer a few spoiler-light snippets.

Before getting into all the fun stuff, let’s take a look at Emilia Clarke‘s Instagram page. On her day off, Clarke had a loving message for the country of Spain and its people:

Espaina you’ve made my hair curl and my heart melt…

Now, let’s actually move on to the spoilers. This warning is a prerequisite, but the spoilers are truly minuscule today, so even spoilerphobes may want to read on:

Yesterday, yet another Game of Thrones actor was sighted in Seville. We may have believed the 17 cast members involved in the Itálica shot were more than enough, yet arriving to the hotel after a night out with Rory McCann and Daniel Portman there was Staz Nair, who plays Qhono, last seen vowing to Daenerys in “The Book of the Stranger.”

Introduced in season six, the Dothraki bloodrider only appeared in three episodes. Qhono’s brief arc consisted of going from mocking Daenerys to vowing to her. We have already been shown evidence that the bloodrider will have a larger presence this time around, and this only seems to confirm it. In season seven, Qhono could be the show’s “go-to guy” for Dothraki matters, very much like Rakharo in the first few seasons. In other words, we probably shouldn’t expect him to be a major character, but when Daenerys needs her Dothraki horde to do something she’ll likely talk to Qhono.

Today, things got a bit more exciting, as we got a glimpse into the hermetically sealed set thanks to a certain strongman. HJWeapon sent us the following screen captures of Hafþór Björnsson‘s Snapchat, which show Liam Cunningham in his usual Davos get-up (Why is everyone but Davos getting a new outfit? Poor man!), as well as Björnsson having his FrankenMountain makeup applied. Oh, and Ser Gregor is wearing new clothes: 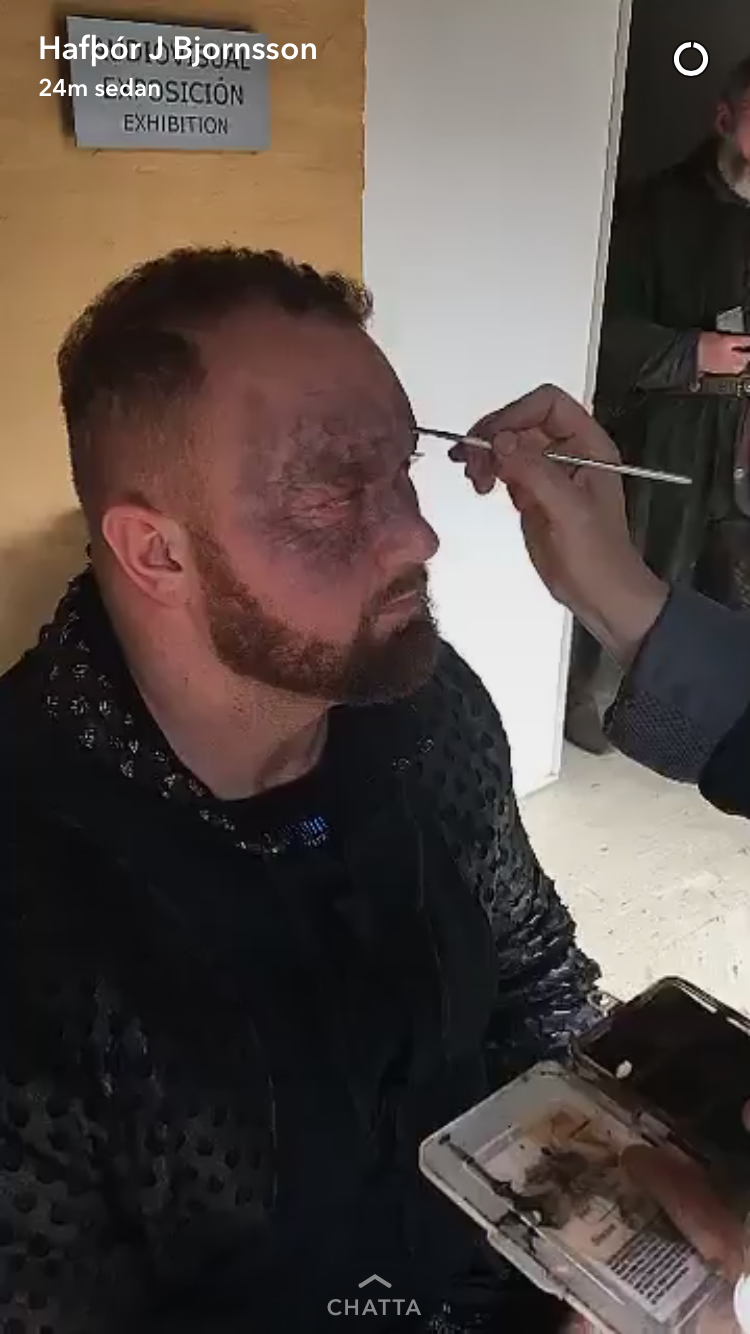 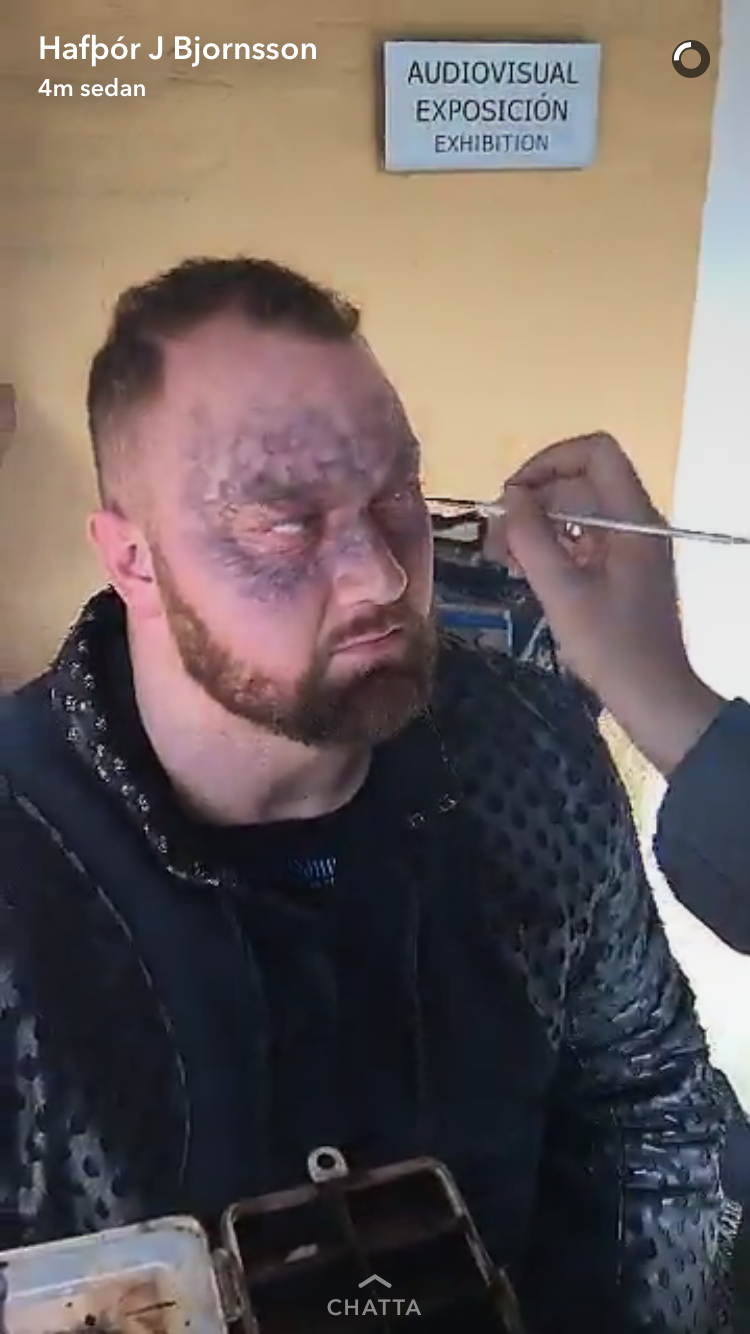 Presumably the new outfit will end up being largely obscured by the Kingsguard armor, so it’s quite a lovely inside look, especially as Gregor appears to be emulating his queen. The fabric is strikingly similar to the one used for Cersei’s new dress, seen at the top of the article —You know, the one she wore on the occasion of her unexpectedly explosive trial and ensuing coronation. Now the Mountain is following suit. Isn’t that cute!

As always, we encourage discussion in the comment section, as long as you remember unreported leaks must NEVER be discussed below. For that, please go to the forums.