We have a special new batch of photos from a Game of Thrones set in Northern Ireland, but first let’s check in with the latest sightings.

First up this week: Faceless Man Tom Wlaschiha was spotted in Belfast two days ago, posing with a fan. Wlaschiha has, much like last year, been very low-key during filming and hasn’t been photographed filming on location in the way that his co-stars Maisie Williams (Arya) and Faye Marsay (the Waif) have been.

In other sightings: Belfast seems to be filling up with Dothraki, getting ready for the huge setpiece that will be filmed in the first two weeks of November in Northern Ireland.

Joe Naufahu shared a photo on Instagram yesterday saying he was headed to Belfast. Deadline announced the actor’s casting last month in a “multi-episode arc,” in an unknown role. Though not official yet, it’s believed that Naufahu is playing one of the major Dothraki khal roles in Daenerys’s story for season 6.

It looks like Naufahu is hanging out in transit to Belfast with Staz Nair, whose casting surfaced two weeks ago.

We don’t know yet where the Dothraki scenes will be filmed within N.I.- if Game of Thrones will be returning to previously used area or new spots. We’ll keep you posted as news comes in on this one. It’s rather hard to hide a Dothraki horde, even a small one.

There was a rather interesting rumor coming out of Northern Ireland this weekend.

Best mates workmate has game of thrones filming behind her house. Lots of snow and wolves reported. Oooooooooh!

We haven’t yet heard any more details about possible filming in Lisburn, but we’ll keep digging.

And last, we have some new photos of the set at Saintfield, N.I., that was the focus of major filming last month!

WotW reader Hogwort visited the Saintfield area and snapped photos of the props that were laying on the ground.  For people who have been following the news concerning the Saintfield filming, these will not be major spoilers, but if you are spoilerphobic, you may want to skip this final section as there are

The photos shows the fake corpses including human and horse needed for the big battle shot in Saintfield. Bear in mind, all the props we see may be arranged differently on screen, as the photos were taken before filming began that day.

In the first photo, we see the sigil of House Umber on a dead horse. 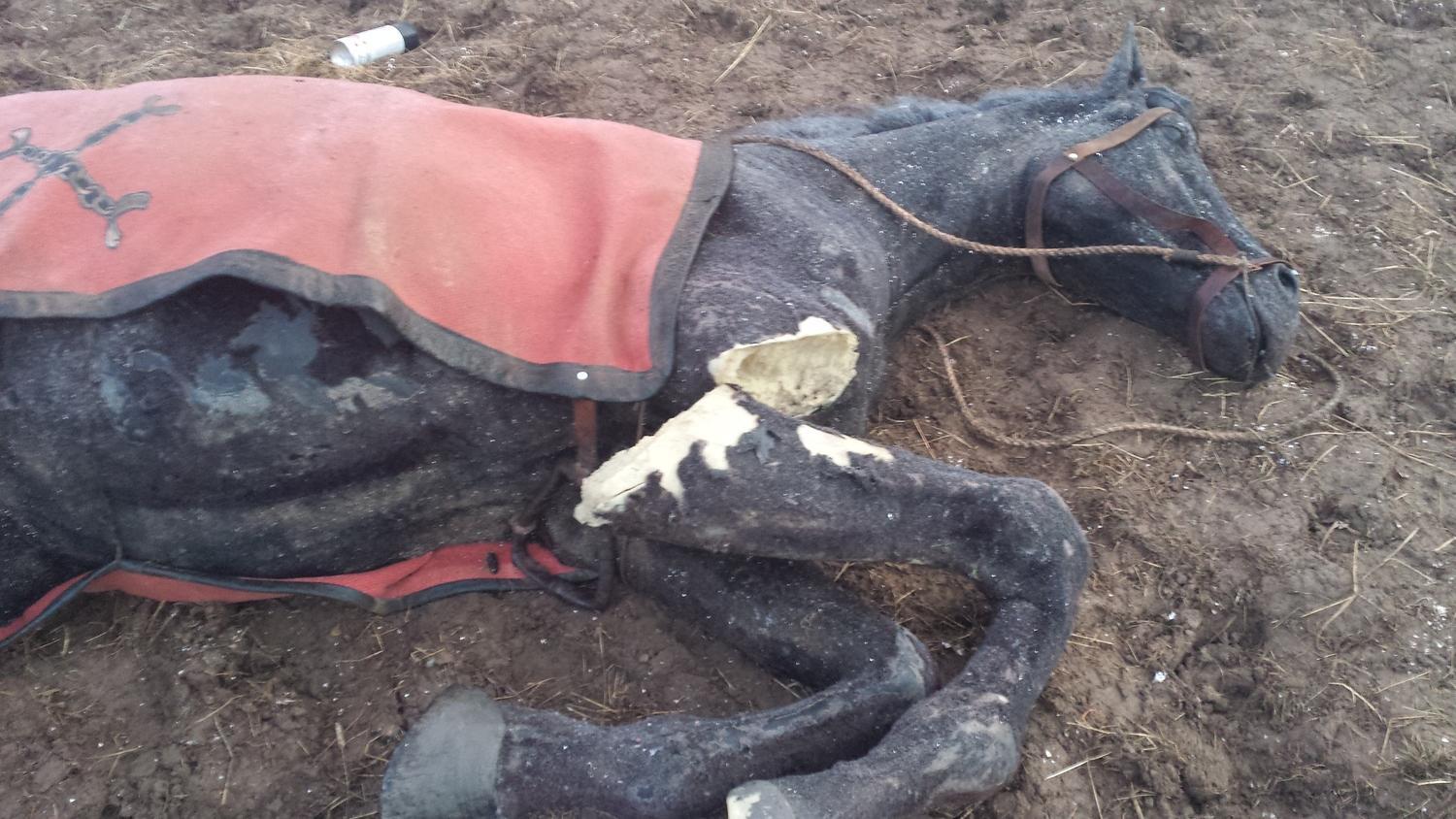 Here we have dead horses with the sigils of Houses Bolton and Karstark, and behind it, a pile of fake corpses containing another horse, and, based on costuming, humans from both the Northerners and the wildlings side of the fight. 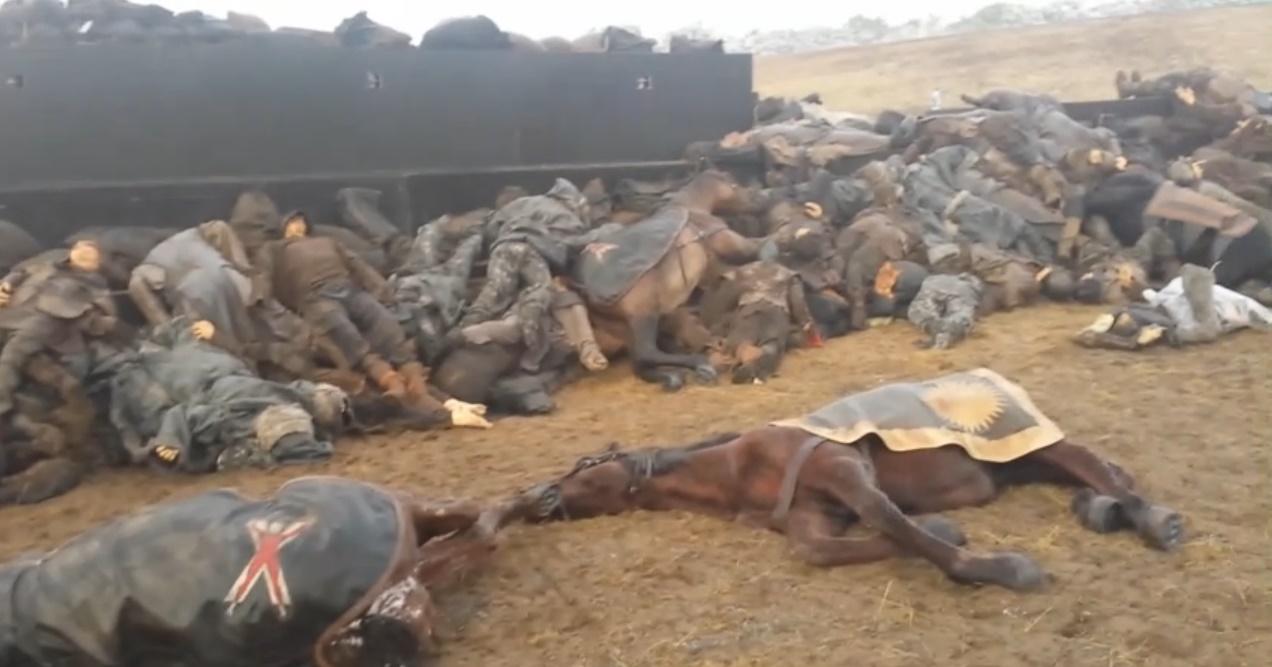 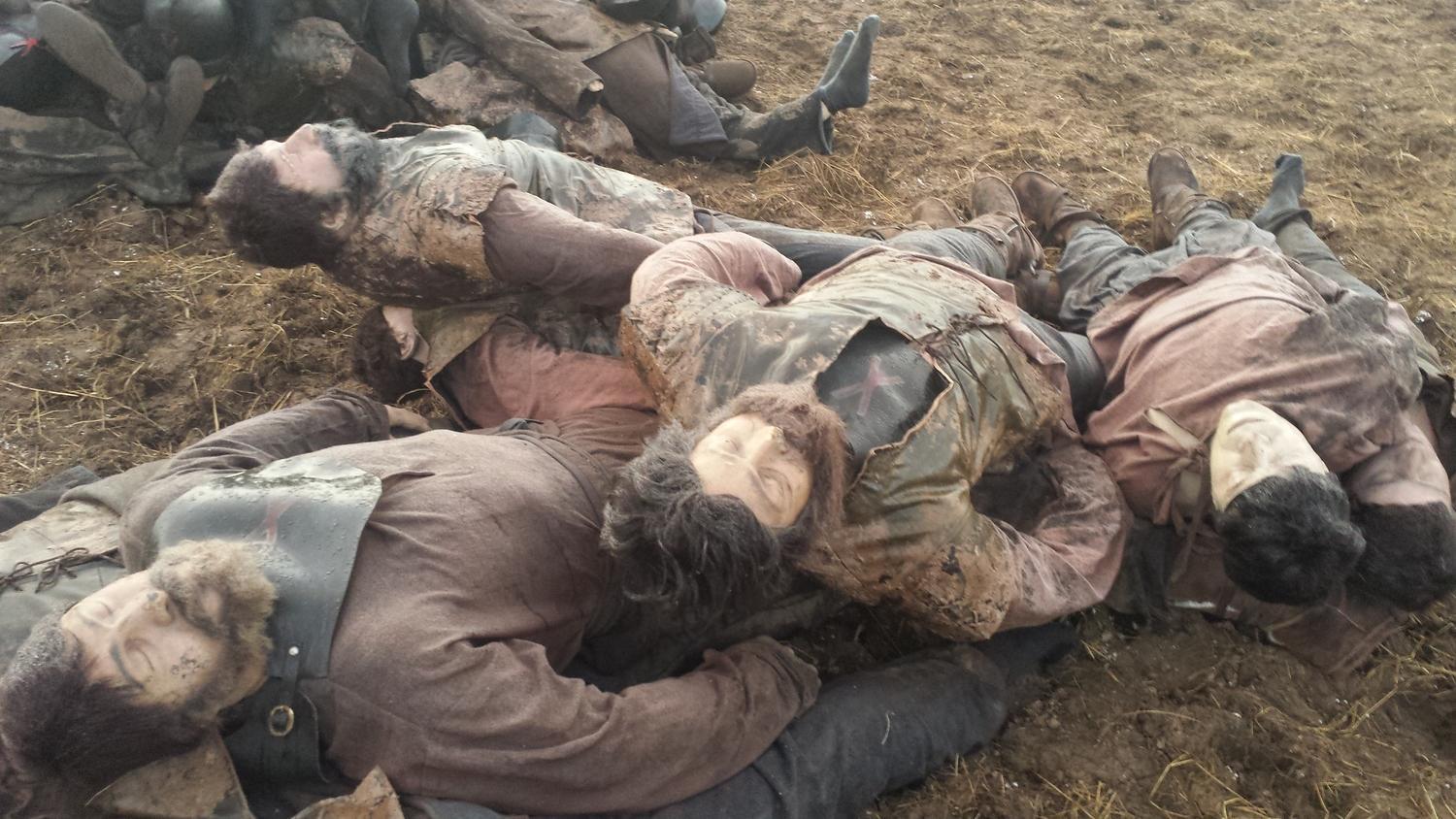 And a close-up of a burnt cross. The dummy is featureless. We heard details about the burning cross and more in our spoiler report last week. 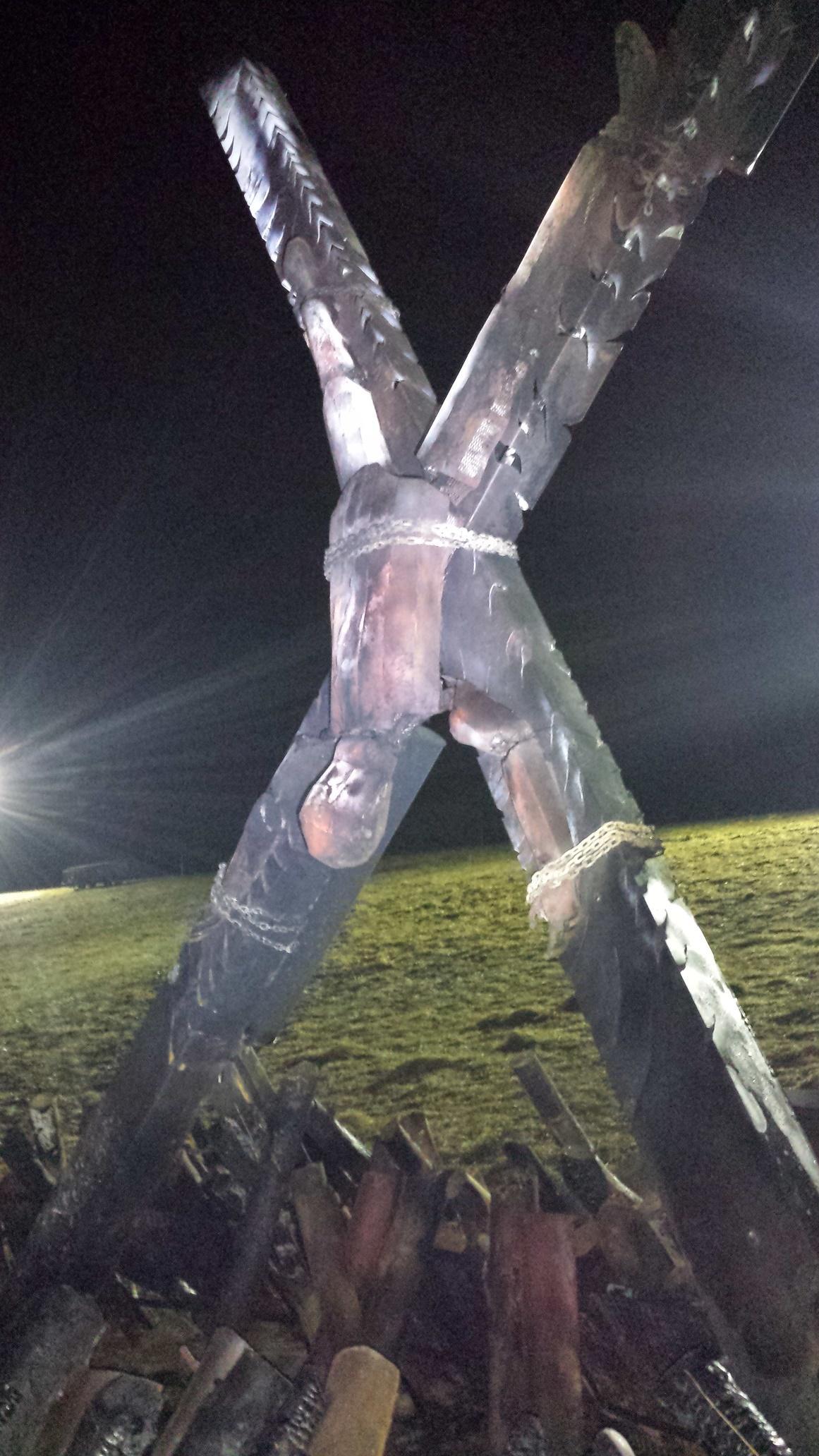 Hopefully more exciting set reports will be flowing in with the big Dothraki scene coming!