Staz Nair joins the cast of Game of Thrones, and new major spoilers from Almería! | Watchers on the Wall | A Game of Thrones Community for Breaking News, Casting, and Commentary

More casting news this week! Actor/model Staz Nair is signing on to season six of Game of Thrones, appearing in an undisclosed role.

Nair’s credits include the upcoming movie Bazodee, and an appearance on Tyrant. He’s also a singer-songwriter and was a contestant on UK’s X-Factor in 2012 with the boyband Times Red.

A press announcement for Bazodee last month mentioned Nair’s casting on Game of Thrones, but it slipped past people’s notice at the time. The press release mentioned him joining the cast of Game of Thrones for “season eight” but given the other information, I think it’s safe to say they meant season six.

He came to our attention after WotW reader H.Stark spotted this Instagram photo from Spain. A fan posted a pic of himself, stating it was, “With Staz Nair, a new character in the sixth season of #gameofthrones.”

As for what character he might be playing,well, Nair has been Instagramming photos from Spain. He visited the Palacio Real de Olite in Navarre and the Castildetierra mountain in Bardenas Reales, and has been working with horses. Game of Thrones has been filming Dothraki scenes with Emilia Clarke in Navarre recently. That, combined with his looks, points toward him being a Dothraki warrior.

Given that we’ve reached the end of Daenerys’s chapters from the published books, there’s a lot of guessing involved when it comes to Dothraki characters. Joe Naufahu is most likely the major khal we’re dealing with this season, whether it’s Jhaqo or Pono. There were however other named Dothraki characters in early casting calls, and some unnamed warrior roles, and we still don’t know who is playing these parts.

Speaking of the Dothraki…. 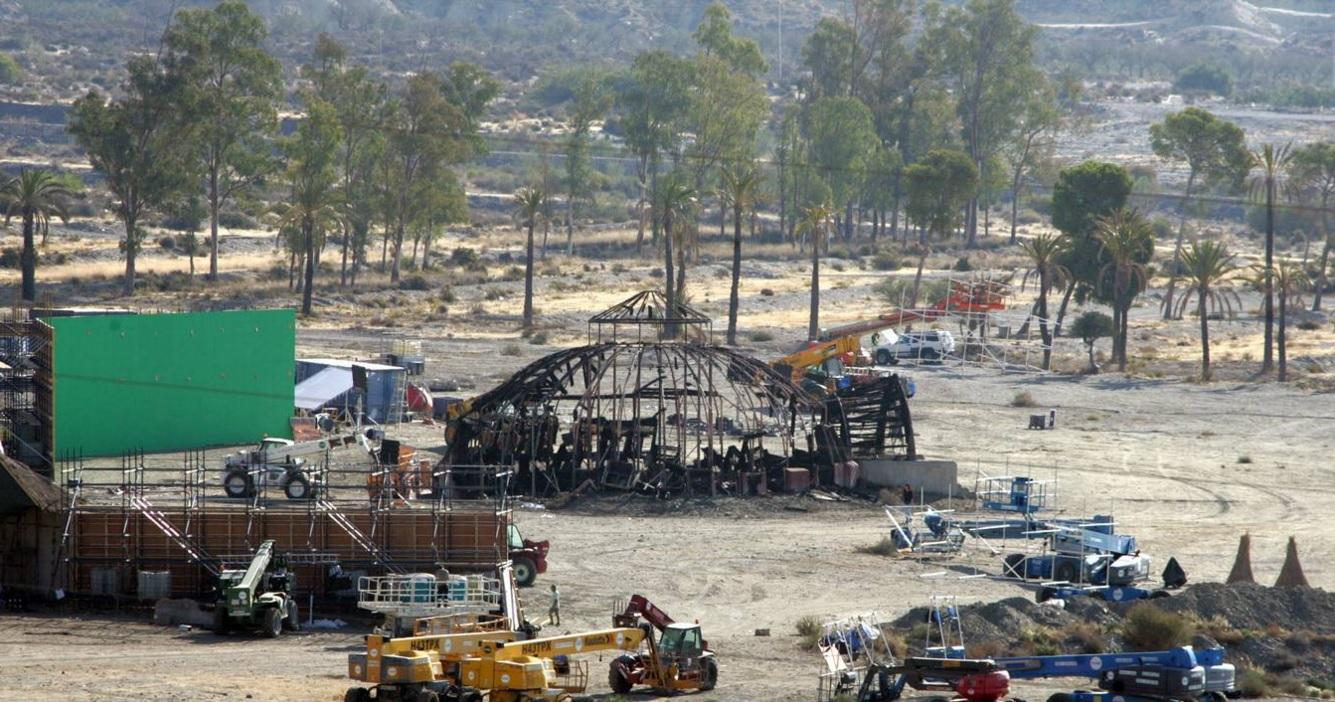 Ideal.es reports that the US Ambassador to Spain, James Costos (an HBO exec before his diplomatic career), visited the Game of Thrones set in Almería at El Chorrillo, Sierra Alhamilla.

Thrilled to be on @GameOfThrones set in #Almeria with my friends David & Dan and tonight's Director Dan Sackheim. pic.twitter.com/LffxYupgM6

Watching the maestros filming behind the scenes…so exciting to see the magic happening in #Almeria! @GameOfThrones pic.twitter.com/fw2l8XHU41

The ambassador was encouraging about Spanish prospects with regards to future film projects, mentioning current projects such as Mike Medavoy’s “The Promise” filming in Spain. “The talent in this country is enormous,” Costos says.

Los Siete Reinos has more details about the filming this week. Ideal.es provided a photo of the temple without seeming to realize quite how informative it was.

Daniel Sackheim is directing these scenes, placing them into episodes 3 and/or 4 of season six. L7R mentions one person saw slates for episode 6, as well, but that’s not confirmed.

The photo above? That’s a Dothraki temple that’s been burnt, and as you might guess, it was Drogon doing the burning. The Dothraki will be impressed by Drogon’s firepower.

Edit: A possibility, though it sounds as though the witnesses are unclear on this: Dany may have been in the fire, and come out unscathed, which causes the Dothraki to adore her.