Game of Thrones' leading ladies arrive in Belfast; plus a casting update! | Watchers on the Wall | A Game of Thrones Community for Breaking News, Casting, and Commentary

We have a couple quick Game of Thrones casting updates and a few Belfast sightings for you all today.

First up, British actress Margaret Jackman will be playing an Old Lady in season 6. Her Spotlight CV cites Mark Mylod as her director. He’s directing episodes 7 and 8.

The specifics of the role aren’t known, but given her listed role name, that she’s not an extra, and not a local to the shooting area but was brought in to film, it’s safe to guess that it’s a small speaking part. 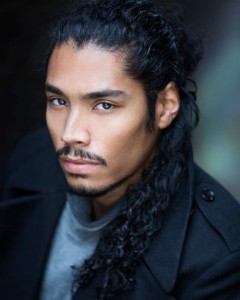 There’s a name to add to the growing Dothraki lineup for this year: Brazilian actor Diogo Sales. According to his Spotlight CV, the actor has a recurring role as a “Blood Rider” in next season of Game of Thrones.

Bloodriders are the respected bodyguards of a khal. Which khalasar this new bloodrider is a member of remains to be seen as there may be multiple Dothraki groups in play in season 6.

His CV cites Jeremy Podeswa as director, but with Sales’ recurring gig, there may be other directors.

As if there was any doubt, another new cast member (who headed to Belfast yesterday) Staz Nair shared this video today via Instagram. The clip features Nair playing piano and singing, with Sales popping in toward the end with his moves.

So that’s how Dothraki get wild in hotels.

In other Belfast sightings, a couple of the show’s leading ladies have made their way to the city this week. One enterprising fan met both Emilia Clarke and Lena Headey:

Belfast seems very busy this week. With Emilia arriving in town, most likely she’ll be a part of the Dothraki business, but it’ll be interesting to see if any Cersei rumors find their way to us.