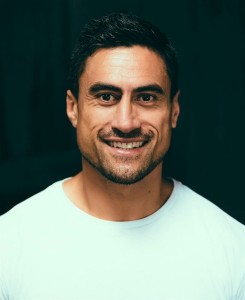 Here’s a great piece of officially confirmed casting news to cap off the day! Deadline has announced that Joe Naufahu has joined the cast of Game of Thrones for the upcoming season. Deadline describes the part as a “multi-episode arc.”

Hailing from New Zealand, Naufahu had a recurring gig on Spartacus: War of the Damned, and appeared in the series Go Girls.

Once again there is no character mentioned in the announcement, but we can make a reasoned guess as to Naufahu’s role.

There are several Dothraki warrior roles left unannounced, and the actor fits the bill physically and age-wise for some of these parts. Given that Game of Thrones has confirmed the actor’s casting in the show and called it a multi-episode arc, there’s a decent likelihood that Naufahu may be playing Khal Jhaqo.

There was a casting notice for a character resembling Khal Jhaqo in May. Jhaqo is the khal of the khalasar that Daenerys encounters at the end of season 5.