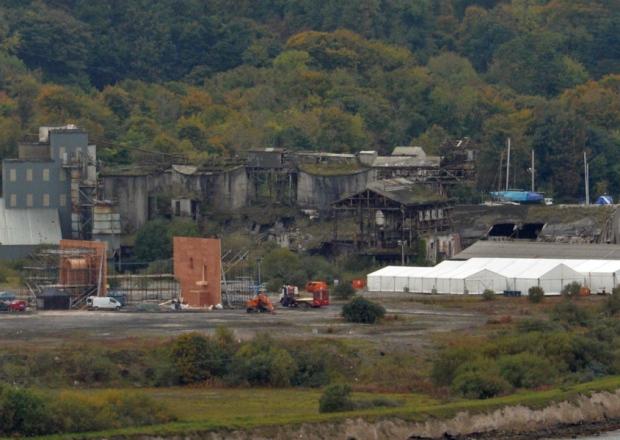 We have a fresh batch of major- and we do mean giant-sized – spoilers out of Saintfield for you today, but first, let’s check in with a few other Game of Thrones news updates!

Larne Times has new photos today of the Game of Thrones set in progress at Magheramorne Quarry. We first heard of the new set being built in Northern Ireland last week, when we received a set of pics from a WotW reader.

The new images show they’ve done a bit of work on the set standing in the lot, and there are vehicles around the buildings used as the Castle Black set. No actor sightings have been reported yet in the area. (As of Sunday night, Kit Harington was in London performing at The Children’s Monologues with Alfie Allen and Rose Leslie. For those still invested in HairWatch- yes, Kit looks the same, unshorn and unshaven.)

Larne Times reports that the location is “currently a hive of activity, with large white tents and vans travelling back and forth to prepare the location among the old quarry buildings for filming.” They note that “workers in cherry pickers” were seen “painting the quarryside white to emulate the icy backdrop of The Wall.” 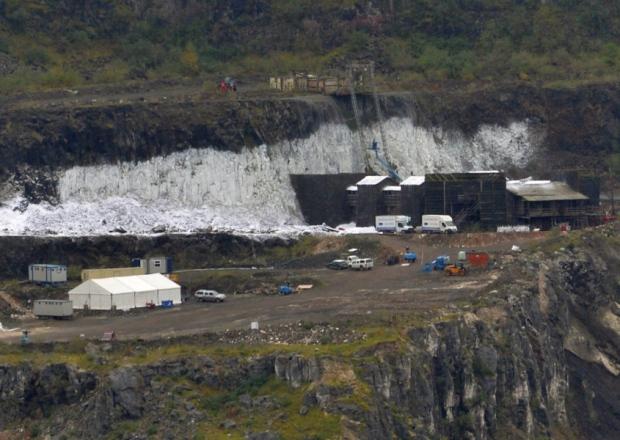 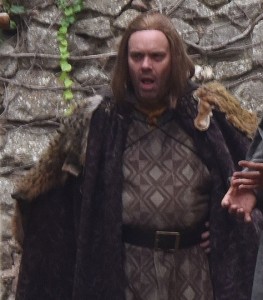 Kevin Eldon‘s Spotlight CV has been updated to confirm his character is “Play Ned,” which we suspected after photos of the actor in costume surfaced in September. The British comedian was identified by Game of Thrones fans but never confirmed as a cast member until now.

There’s new information about season 6 filming, particularly the big scene that everyone is discussing these days: the battle at Saintfield. Whether you call it the battle of six armies, the battle of the bastards, Snow Bowl, or some other term of your own making, this fight is huge. There have been a lot of rumors going around, and we can now confirm some new info.

We can confirm that Sansa Stark will be there, and that Sophie Turner was seen filming alongside the battlefield. The battlefield has a few Starks, actually, if you count Jon.

Contrary to some rumors, our source did not see any White Walker performers filming or any sign that there would be White White action in the battle.

The battle will have real casualties and we’ll be saying goodbye to some characters.

Ramsay Bolton will be displaying at least two bodies upside down on X-crosses, burning during battle. They are known characters.

There will be more giant action- we mean an actual giant. Possibly Wun Wun, but who can tell when he’s not on set! Attack scenes involving a giant (that wasn’t there, of course) were filmed. The good old ball-on-the-stick was standing in for the giant on set.

The battle sounds like it will be incredible and I’m unbelievably excited for season 6 already!