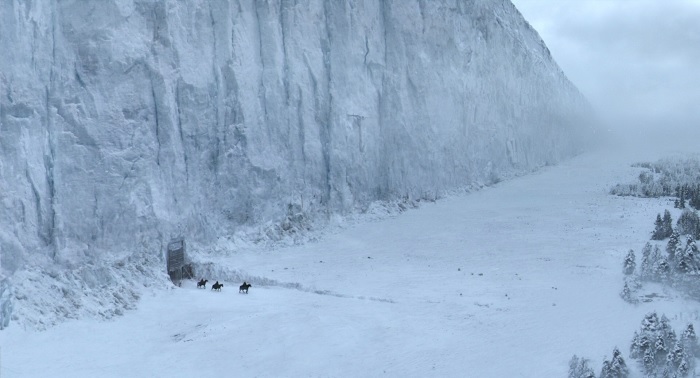 Game of Thrones has officially landed in Iceland this week, with star Kit Harington and assorted crew members turning up in the country for season 7 filming. Shooting is expected to last a couple weeks, and thanks to spoilers, we have a fair idea of what scenes may be filmed in Iceland. Today, two more cast members have been spotted. It’s a fairly big spoiler, so we’ll tuck it under a cut!

Joe Dempsie (Gendry) and Paul Kaye (Thoros of Myr) took a photo with a fan in Iceland, in a photo that surfaced today.

More Major Spoilers beyond this point!

Dempsie and his character, the bastard blacksmith Gendry, have been absent from Game of Thrones since season three when he rowed off to parts unknown. Dempsie turned up on the set of Thrones in October during Spain filming, shooting with Liam Cunningham (Davos) and Peter Dinklage (Tyrion). Later photos showed Gendry taking off in a boat with Jon Snow, Davos, and Jorah Mormont (Iain Glen).

Back in September, we learned Kaye would be returning as Thoros, the Brotherhood without Banners’ red priest. So how does he wind up with Gendry, filming in Iceland which plays the part of the icy land beyond the Wall? Season 7 spoilers have indicated the Brotherhood will be teaming up with Jon’s crew on a dangerous mission involving wights. The actors’ arrival in Iceland is another piece of confirmation of the early spoiler reports.