Game of Thrones has returned to Iceland for the filming of season 7, to shoot icy-landscaped scenes set in the frozen north of Westeros. As we reported yesterday,  several of the show’s crew members arrived in the country this week. We don’t have an exact date yet of when shooting starts, but with the sighting today of one of the show’s biggest stars, it most likely will start very soon. 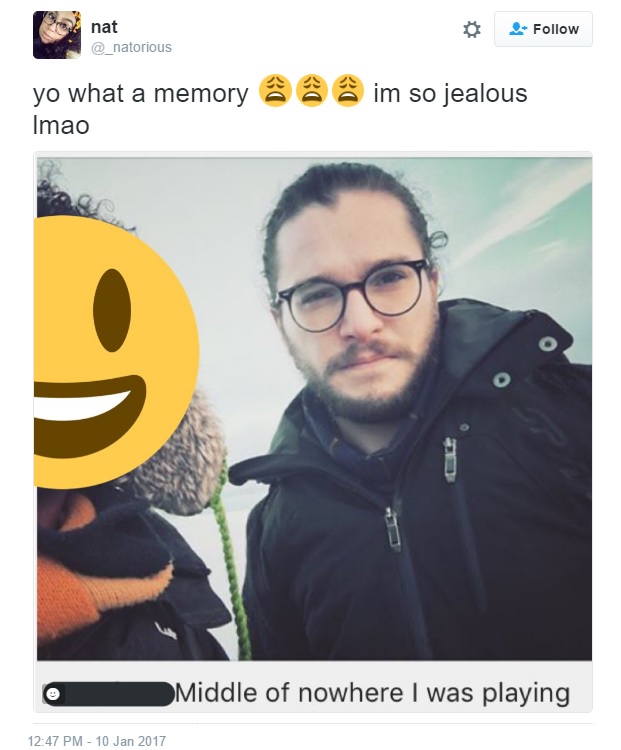 We’ll be on the lookout for more cast members in the country! It’s no surprise to see Harington there, though.

Major Spoilers beyond this point!

Previous spoiler reports have told us that Jon Snow and a few other characters will be journeying beyond the Wall in season 7. Scenes were filmed on an icy set at Wolf Hill Quarry near Belfast, but it’s likely that set was supplementing Iceland’s beautiful and very real vistas for the journey. The sequence will involve action, danger, and a whole lot of wights.