Filming Resumes After the Emmys, Plus A Season 7 Return! | Watchers on the Wall | A Game of Thrones Community for Breaking News, Casting, and Commentary

With the Emmys over, the cast of Game of Thrones is heading back to Belfast and filming has resumed. Along with the latest sightings, we also have some news regarding a return and a new casting notice for season 7.

WotW’s Petra is visiting Belfast at the moment and happened to run into a few cast members hanging out together while she was out and about:

The studios must be very busy at the moment. In addition the above trio, other actors are due in town. In Emmys interviews, Emilia Clarke, Sophie Turner, and Maisie Williams all confirmed they were set to return to work shortly, with Clarke leaving Los Angeles on Monday and the other women arriving in Belfast on Wednesday. Nathalie Emmanuel tweeted about her return to the city, and we’ve heard from other sources that Jacob Anderson is headed back to Belfast for filming this week.

Our sources have provided news of another return, which we’ll tuck below a cut just to stay on the safe side. 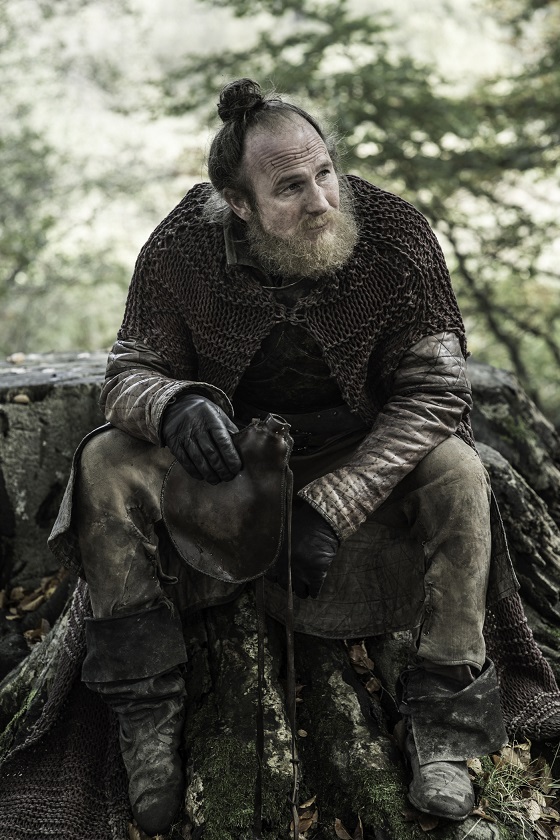 Reliable sources have informed us that Paul Kaye will be returning to Game of Thrones in season seven as Thoros of Myr. We’ve also heard that we’ll be seeing more of Thoros than we did in season six.

It’s not a huge shock that Kaye is returning as he surfaced after a long absence, along with Beric Dondarrion and the Brotherhood without Banners, in the season six episode “No One.” Thoros and Beric were last seen offering a resistant Hound a place with the Brotherhood. Given Thoros’ continued presence on the show next year, I think it’s a safe bet that the Hound has accepted their offer and will be traveling north with the outlaws, as they journey to fight those cold winds rising.

In addition to our sightings, we also have this casting update from a source: Game of Thrones is searching for a Fierce Warrior. The character isn’t an exact match for any of the characters mentioned in the big batch of casting notices we shared in August. However it is similar to a couple of them, with some changes, so it’s possible that the show, being unable to find what they were looking for, shifted gears and changed the description.

He’s described as a fierce warrior, 30 to 45 age range, ideally with mixed ethnicity or Middle Eastern heritage. They’re looking for a charismatic actor, at least 6 feet tall with an intimidating, muscular physique. Apparently the character is seen “significantly” over several episodes but doesn’t have much dialogue, only a couple lines. He’s going to be fitted for a long-haired wig (presuming the actor doesn’t have it naturally), so that combined with the ethnicity requirements points toward this being another Dothraki character.

The character will be filming in late September, plus over three weeks beginning October 21st, and possibly more after November 22nd.

Thoughts on the latest casting news?