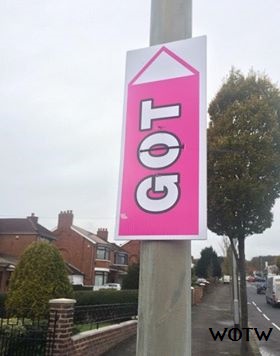 A few days back we heard the rumor of a new set taking shape in Northern Ireland and today, thanks to a Watchers on the Wall reader, we have proof!

While fans’ attention is wrapped up in the excitement of location filming in Spain, GoT crews have been quietly constructing a large snowy set at Wolf Hill Quarry, in the hills above Belfast.

The earlier report was uncertain of the new location, but now we have photo proof, submitted by WotW reader Loganx0.  The identifiable pink GOT signs are posted all along Crumlin Road, leading right to Wolf Hill Quarry and the set up there. The photo to the right is one of the signs, and so we have confirmation!

And what are they building? Have a look!

Wolf Hill Quarry was quiet when Loganx0 visited, so filming could be taking place during the evening/nighttime. However there might be no shooting yet, with crews still working on constructing the sets, since we can see several machines on site.

GoT has blanketed the area with fake snow and created an artificial icy surface, rather like an iced-over lake, similar to some of the Icelandic locations from earlier seasons.

You can also see a large green screen with snowy ground beneath it. The multiple aspects of the location creates the possibility that they could film by the green screen one day and by the icy surface on another- or on the same day, at different times.

(Open the photos in a new tab to enlarge for a closer look!) 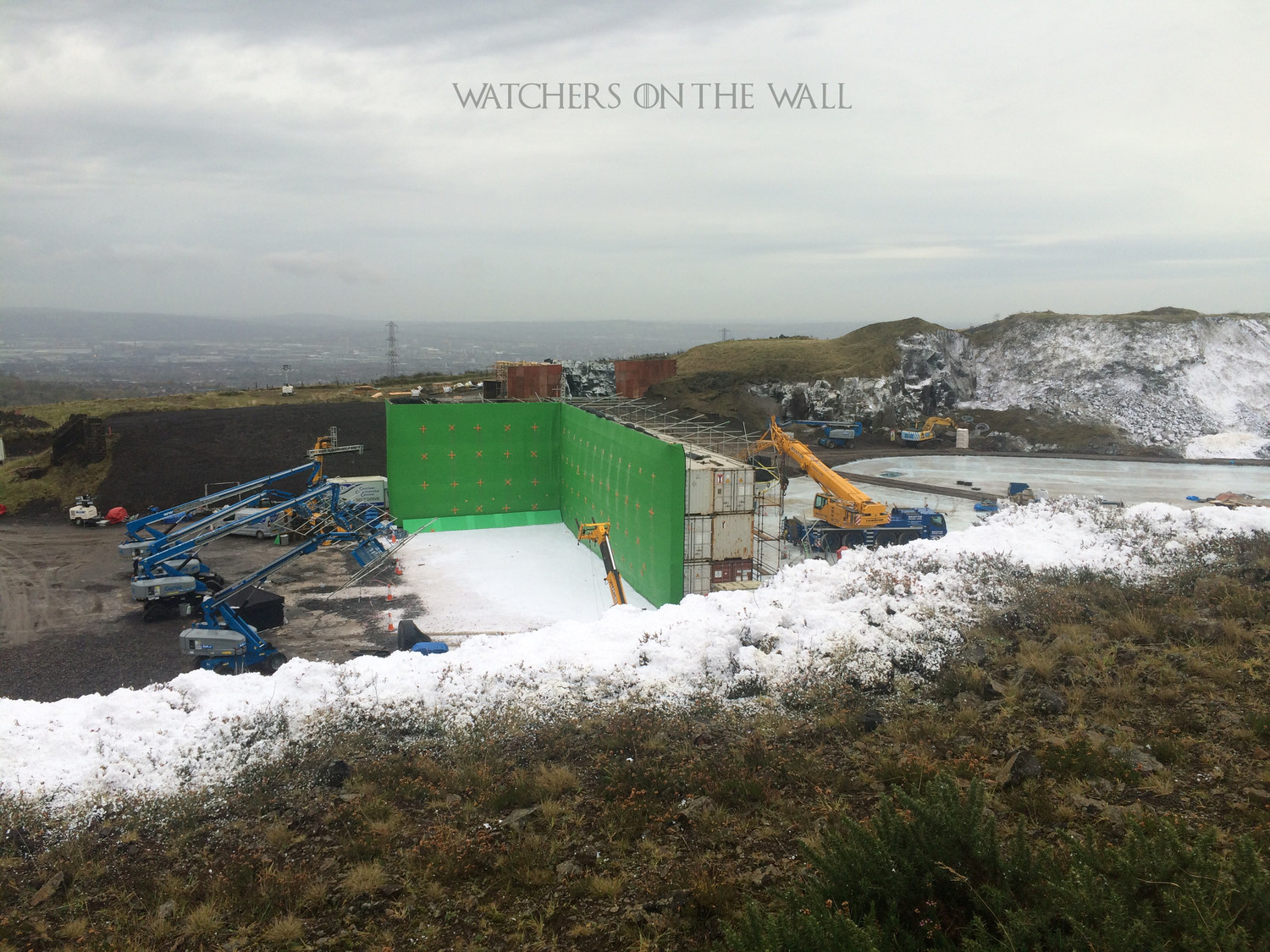 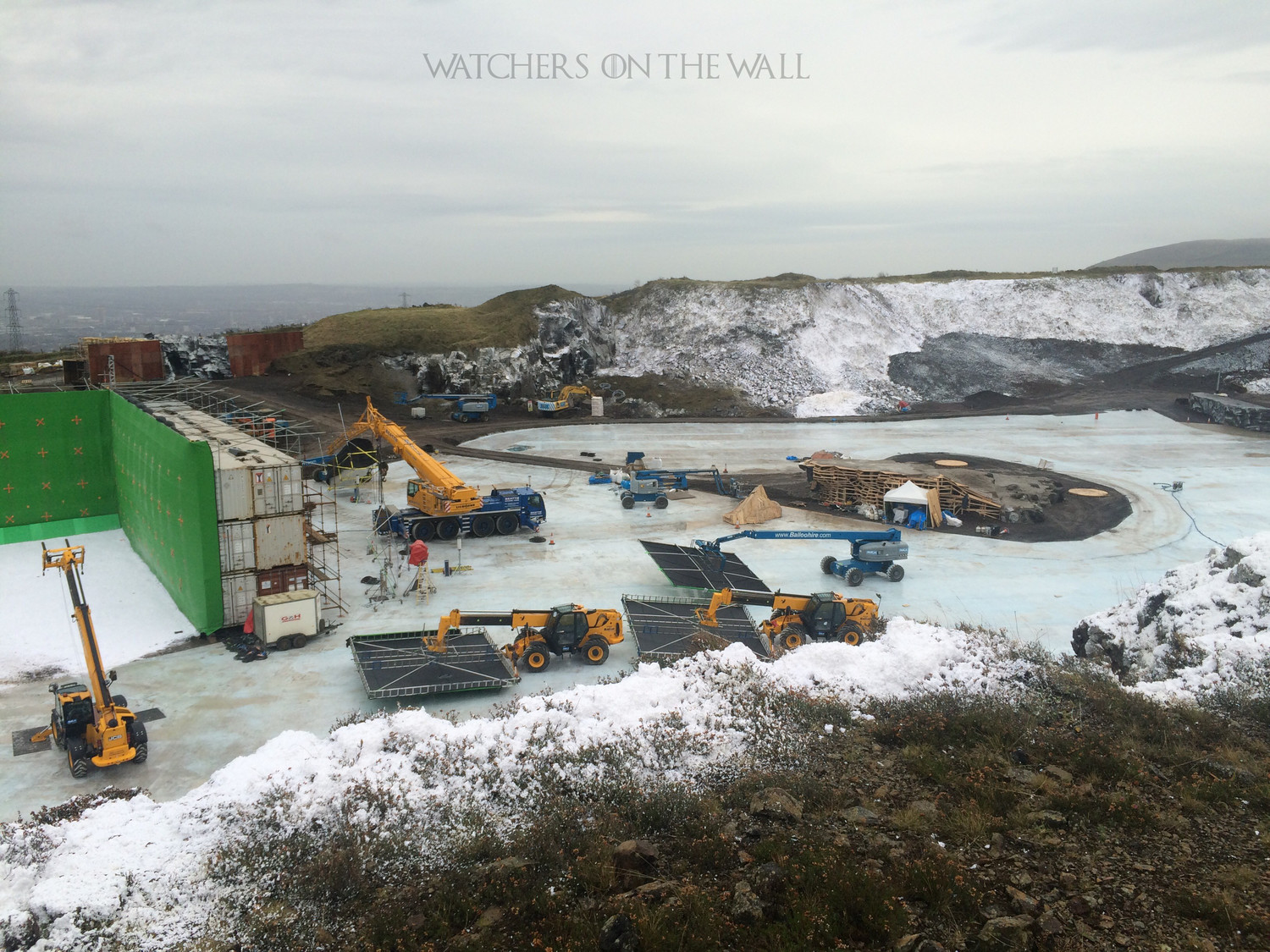 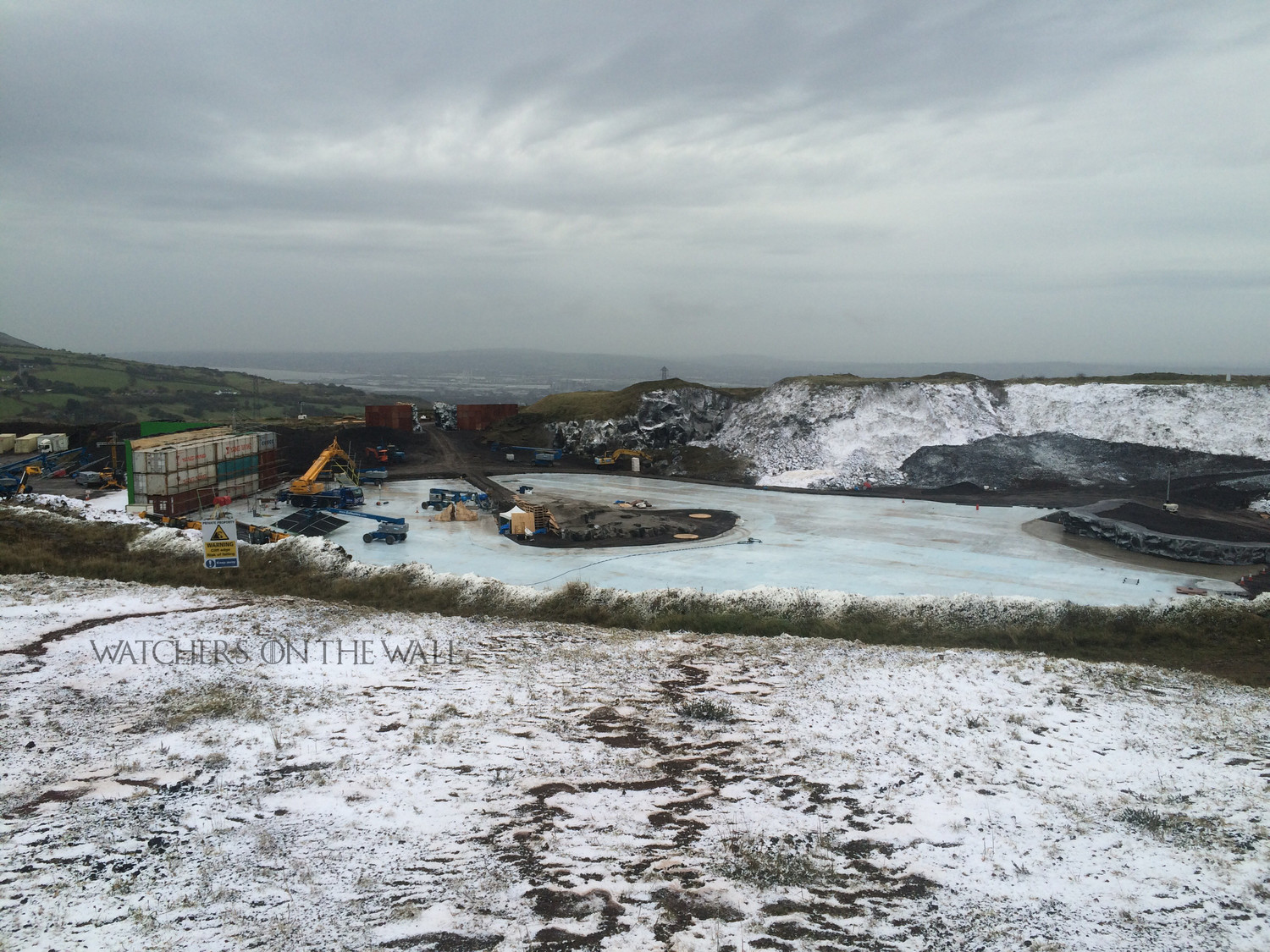 Such an icy location points to season 7 taking us beyond the Wall. There are a few reasons that could happen- the Night King and his undead army are still out there, and some other spoilers hinted at a possible reason for living humans going beyond the Wall. Could it be connected to Kristofer Hivju‘s magnificent and snowy beard?

In comments, please cover all spoilers! Thank you.