Game of Thrones filming moves to the Royal Shipyards of Seville | Watchers on the Wall | A Game of Thrones Community for Breaking News, Casting, and Commentary 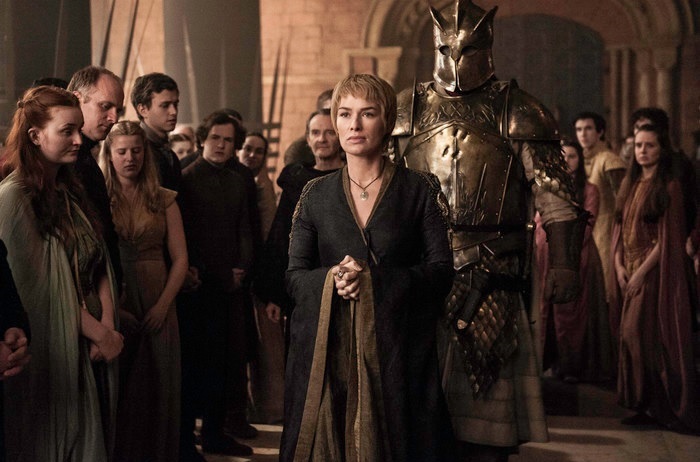 It’s been a busy week in Spain for Game of Thrones filming, with some slight delays reported, but shooting has now completed at Italica in Santiponce, Seville. We’ve heard that the sets are being broken down inside the site and GoT will be cleared out of the amphitheater location very soon. Filming now shifts over Las Atarazanas, the Royal Shipyards of Seville. Shooting began there today, and WotW sources confirm for us that the filming involves Lena Headey (Cersei) and Anton Lesser (Qyburn).

Game of Thrones‘ standard G&H trailers were spotted by the shipyards earlier:

The medieval shipyards have been reported to be playing part of the Dragonpit, along with Italica, but we don’t have official confirmation of that fact. The striking arched structure of Las Atarazanas would certainly fit the look of the domed Dragonpit. If the report is correct, then this Cersei and Qyburn scene could be a short moment just before or after the larger group scenes that were filmed at Italica.

And in more cheerier, non-filming news, yesterday the cast and crew of Game of Thrones brought a lovely treat to the fans lingering outside the hotel. Dan Weiss, David Benioff, Kit Harington, Rory McCann, and other cast members took 10 boxes of pizza to the crowd of fifty fans:

However that may be the last anyone sees of Kit Harington in Spain- at least for a while. We’ve heard from local reports that Harington and Liam Cunningham are flying back to Belfast for more filming. To the studios or a location in Northern Ireland, we don’t know.

We have heard another rumor concerning Northern Ireland: reports say that crews are working on Wolf Hill Quarry, located in the hills above Belfast. The site is busy at the moment, with green screens and a lot of fake snow being used. There is no proof that this is for Game of Thrones, but a person who worked on the quarry told our source that it was for GoT.

Wolf Hill Quarry has been a shooting location for the screen before, appearing in the movie Dracula Untold during a battle scene. For now, we’re treating this as unconfirmed, but be on the lookout for activity up in that neck of the woods!