Game of Thrones chaos in Seville, plus major Italica spoilers! | Watchers on the Wall | A Game of Thrones Community for Breaking News, Casting, and Commentary 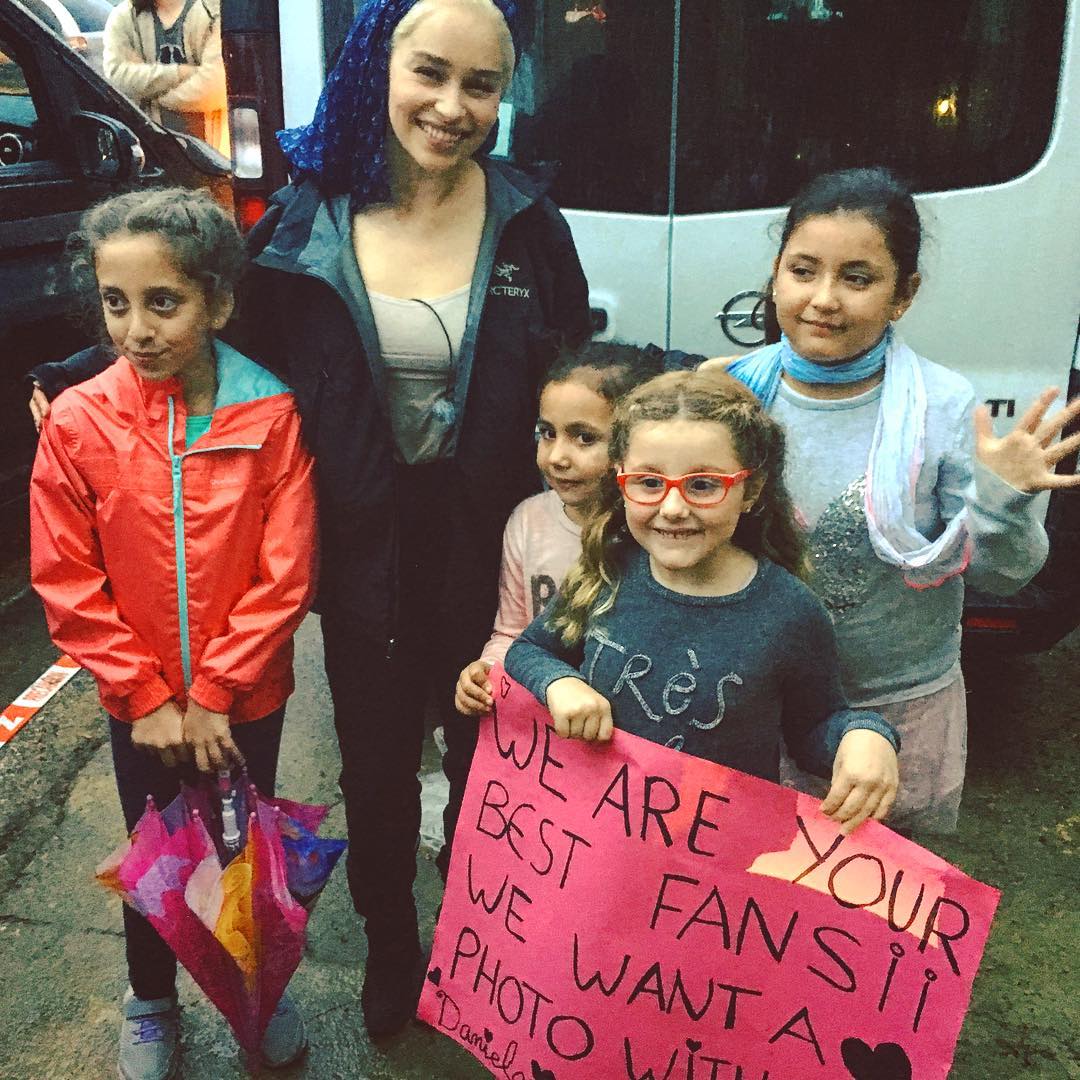 Since the stars of Game of Thrones arrived in the south of Spain earlier this week, it’s been like the second coming of the Beatles, with hordes of young people screaming outside the cast’s hotel. Not bad for a nerdy fantasy show! The locals of Seville are embracing the show’s stars, and photos and videos are pouring in.

Today, a handful of very young fans lucked out when Emilia Clarke, who had just left the set, hopped out of the car to pose with them. The actress shared the photo on Instagram, because everyone wasn’t already in love with her, no she had to lay this adorable moment on us.

More cast sightings below- some can be considered a potential spoiler, so proceed with caution!

And just to give you a taste of how wild it’s getting- Emilia’s arrival yesterday:

And Iain Glen’s arrival back at the hotel. Nice to see Jorah getting some love!

Iain Glen getting back to his hotel last night. Credits to @aquete_ and thanks to @rocioruiz14 ??

Iain and Liam Cunningham outside the hotel yesterday:

Liam (Davos) and Iain (Jorah) talking to fans outside their hotel in Sevilla, Spain. Credits and thanks to @irenecuefe

That’s just a sampling of the attention the cast has received over the last couple days- visit Instagram and Twitter’s #gameofthrones tags and you’ll see that Seville has as much love for Game of Thrones as any city we’ve ever seen!

Now, moving into the latest Game of Thrones filming news! It does contain major spoilers and we do mean major- so stop here and do not pass the gif if you don’t want to know!

Reliable WotW sources have confirmed that a scene in the works over the last couple days does line up with rumors that’ve been floating around the GoT fandom for the past few weeks.

And what was such an incredibly broad group of characters doing together in one location-both Dany’s crew and Cersei’s gang? We have confirmed that the filmed scene involves characters bringing a wight into the Dragonpit as proof of the White Walker threat.

This won’t come as a shock to fans who follow fandom rumors but we view most spoilers with a suspicious eye until we have them confirmed for ourselves. And this one, we have confirmed.

Update: We’ve also learned that Rory McCann was filming today with everyone else. Even though both Clegane brothers were present, there was no fighting. Sorry, everyone, no Cleganebowl today!