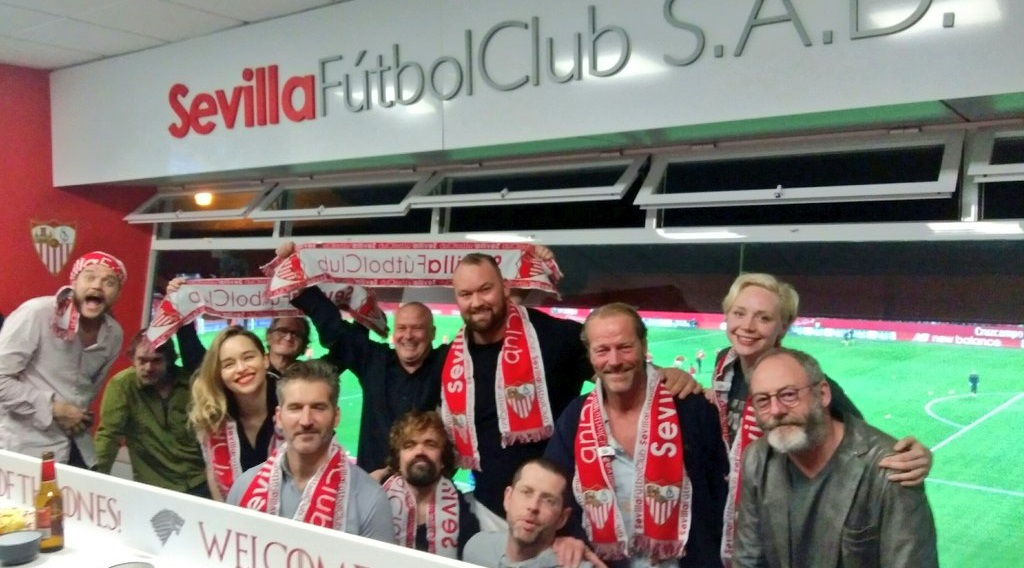 Game of Thrones filming is almost done in Seville, and while we may not get as much information from the set as we did in the Basque Country, there is no doubt that the comings and goings of the cast have never been so studiously photographed by fans.

Cast and crew alike appear delighted to have found such a fervent fandom in Seville, and they have been sighted making the rounds all across town, including at a soccer match between the local club and Barcelona. To say that the cast didn’t go unnoticed would be quite an understatement. With dozens of the cast’s heavy-hitters present in the city, a minor recurring cast member from season six may have gone unnoticed… But that wasn’t the case! We bring you that piece of spoiler-light news at the end of the article.

Now that’s what I call a cracking gals night….. half way through filming?! Bring it on season 7. #forgetwinterdancingiscoming #kweenskickingoff ?❤️? @iamlenaheadey @candybanks74 dis is how we do it….. ??

Dinner yesterday with the Game Of Thrones Cast! Filming season 7 is ON!! #StayTuned #WaitForGreatness pic.twitter.com/cRJTOqfU0s

As you can see, no fewer than ten cast members were present: Iain Glen, Liam Cunningham, Hafþór Björnsson himself, Peter Dinklage, Conleth Hill, Gwendoline Christie, Kit Harington, Nikolaj Coster-Waldau, Pilou Asbæk and Anton Lesser. There is also an unknown person to the far right. We appreciate any help from the community in figuring out who he is. He may be a new addition to the cast… or perhaps part of the crew… or most likely just the owner of the place having his photo taken with the cast.

Today, Emilia Clarke, Alfie Allen and showrunners David Benioff and D.B. Weiss joined in with yesterday’s diners-out to enjoy an association football match between Sevilla and Barcelona. As one might expect, as guests of the city the cast kind of had to support the local club, and they did so avidly… Though, sadly and rather awkwardly, Sevilla lost 1-2.

La Liga‘s official Twitter account didn’t let the occasion slip for a pretty clever pun on a popular saying: “If the mountain will not come to Muhammad, then Muhammad must go to the mountain.” So, what if the Mountain does come? Well, here you go:

If football won’t go to the mountain, ‘the mountain’ goes to the football! ?⚽️#SevillaFCBarça #GameOfThrones pic.twitter.com/QU5D1J6Kdi

Pilou and Nikolaj, both well known fans of the sport, seemed particularly enthralled, while others… well, let’s just chalk it up to Dinklage always having that look on his face —You know, like the one Tyrion had when he caught Shae in Tywin’s bed. Take a look: 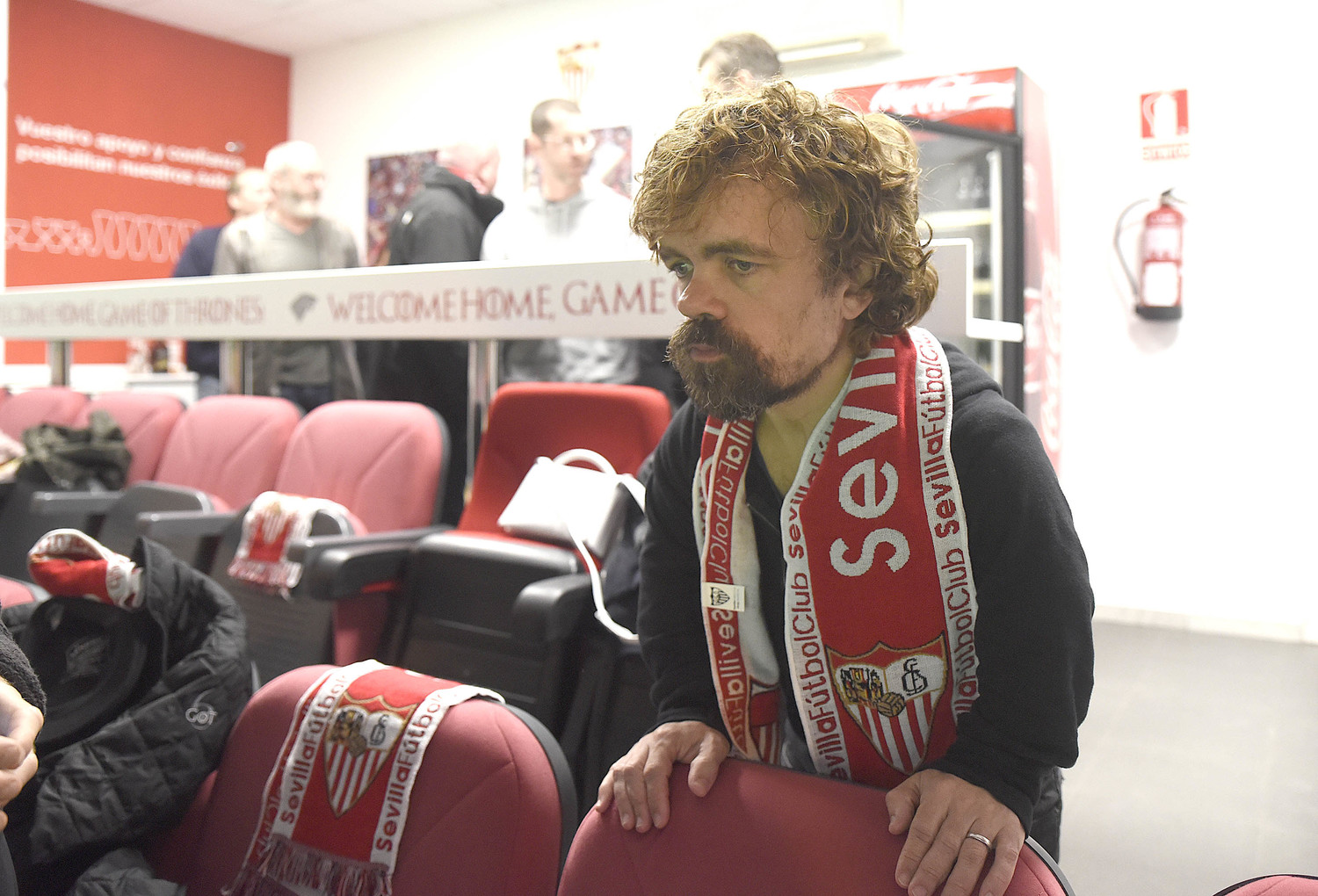 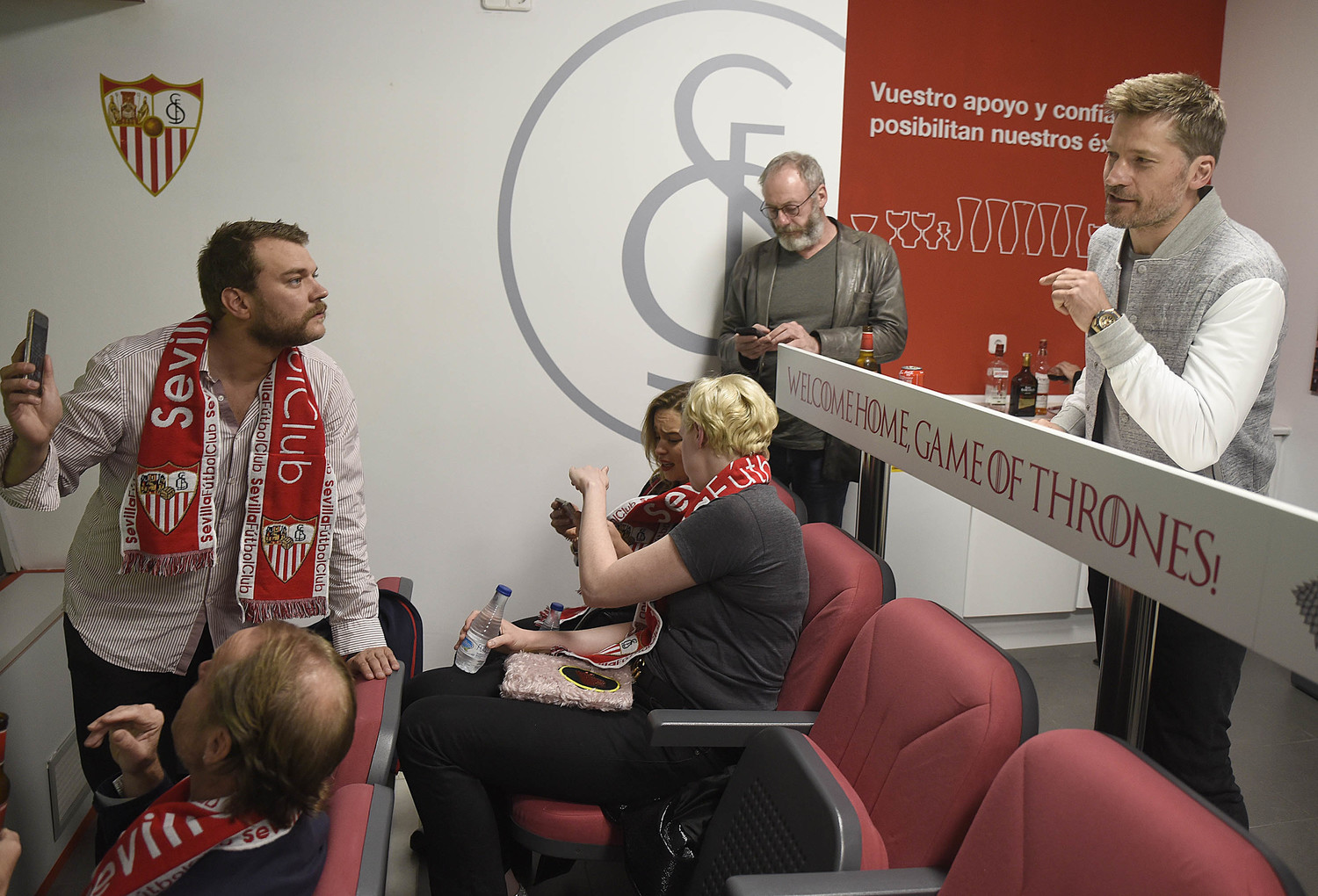 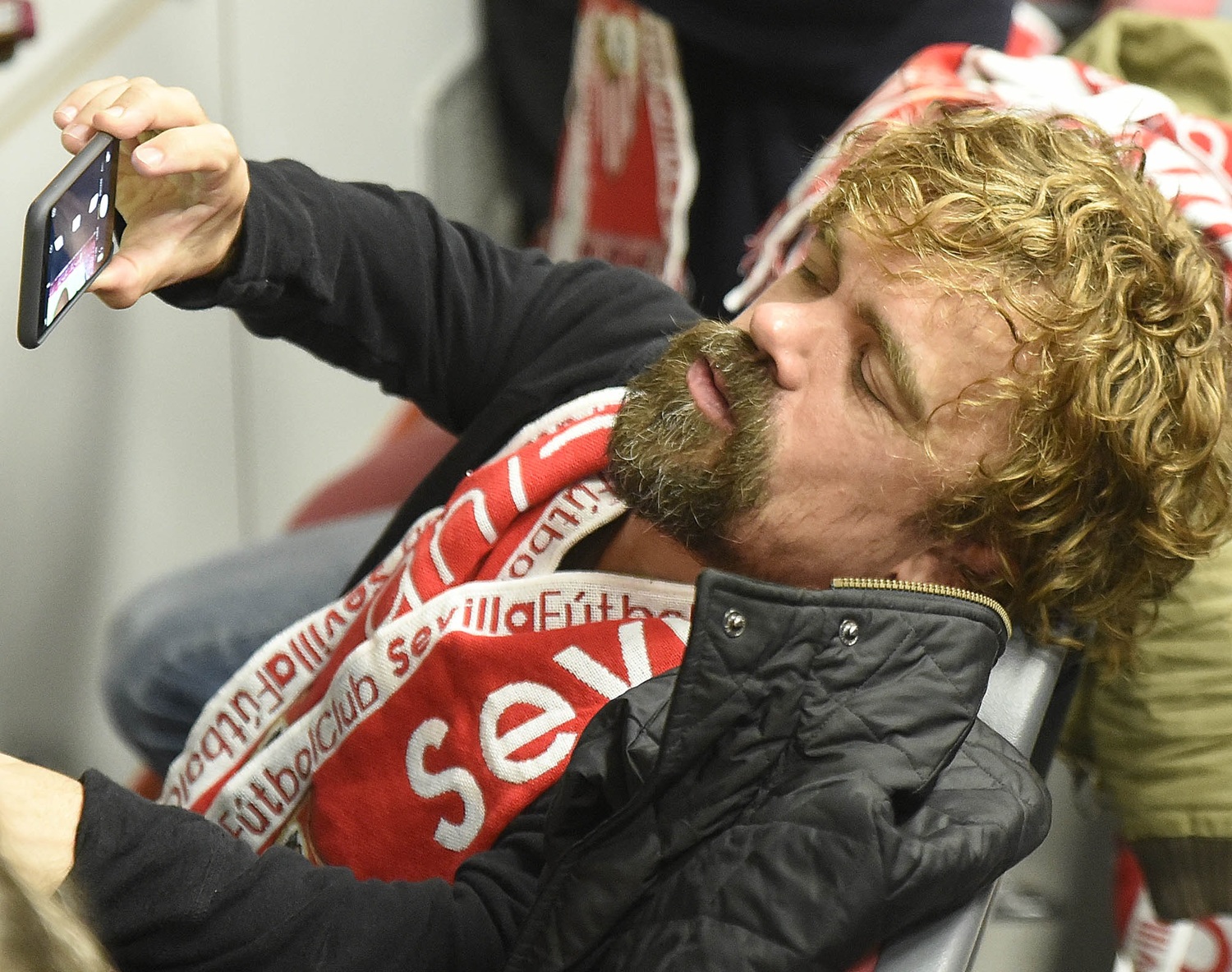 UPDATE: Clarke shared a photo from the match with Hill and a rare smiling Dinklage, along with a loving message to Spain and the welcome it has given them:

Seville vs Barcelona?! WHAT A MATCH! Espana what a welcome you’ve given us all…. get a load of these grins and get a load of that match. ? #unclekenwouldvebeenproudofmyhecklingforsure?? #arsenalfcyoureupnext…?? #wearefilmingiswearnotjusthavingagiggle ?

To top the night off, as a nice surprise they were all were presented with personalized Sevilla shirts. They seem quite excited, despite the numerous misspellings:

Win or lose, the cast had a fun time at the match. Thankfully, the game of soccer is not as deadly as the game of thrones. Though it’d be far more interesting that way!

Now, on to the spoilers for today: A minor recurring cast member from season six has been sighted and photographed with Game of Thrones fans in Seville, near the hotel used by the cast. A few weeks ago, we revealed this character would reappear in season seven, and now we know she is involved in the Seville shoot. See for yourselves: 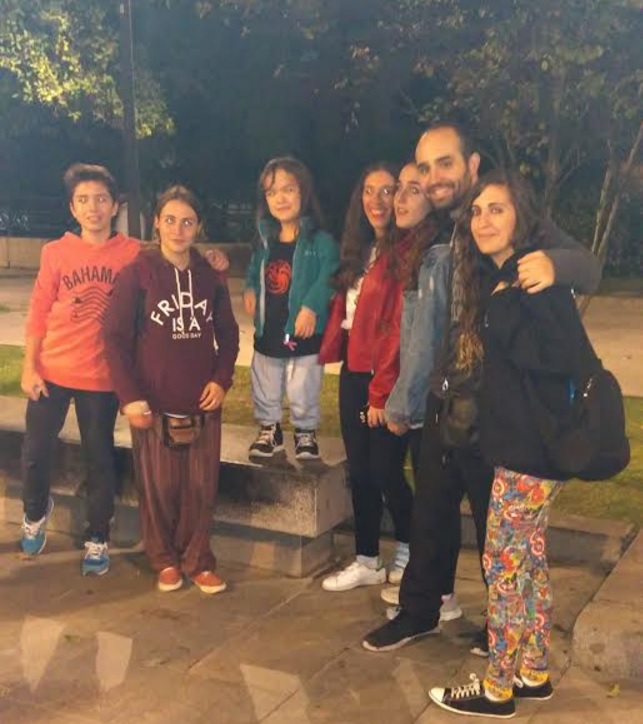 The woman in the middle with a Targaryen shirt is none other than Annette Hannah. She plays one of the little birds who took center-stage last season, in particular the one who moaned to Qyburn that she missed the previous Master of Whisperers, Lord Varys. In “The Winds of Winter”, though, she still joined the other children in following Qyburn’s instructions and stabbing Pycelle to death. The character, credited as Frances in the actress’ CV though her name was never uttered, will reappear in season seven and we can in fact go a bit further than that: Her involvement in Seville points to the little bird appearing in the finale, and we can independently confirm that’s the case.

Does Frances remain loyal to her original Spymaster, as may be suggested by her few lines in “Oathbreaker” and Annette’s Targaryen shirt? Or will she merely reappear in the role of one of Qyburn’s faithful little helpers? Discuss in the comments! Still, considering this is a largely spoiler-free report, please tag your spoilers accordingly.