Game of Thrones takes Tormund to the Wintry North & Kit Harington and Maisie Williams return to film in Belfast | Watchers on the Wall | A Game of Thrones Community for Breaking News, Casting, and Commentary 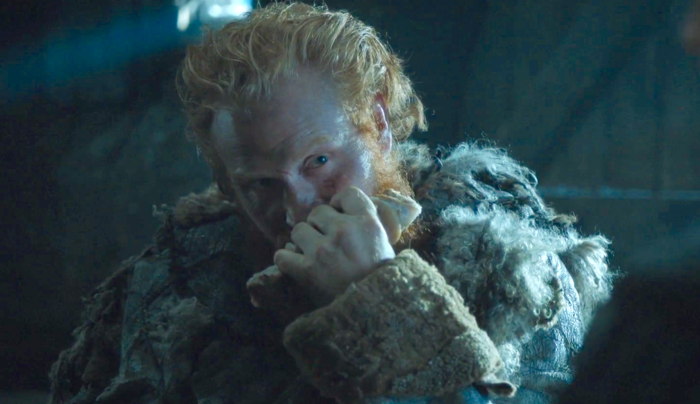 Today, we bring you a spoiler-free report on the comings and goings of three cast members, including Kristofer Hivju, who shared a behind the scenes glimpse at the set.

Our lovable redhead is not the only cast member spotted in Northern Ireland. Before Kristofer even arrived, Maisie Williams was sighted at Belfast City Airport, presumably leaving, as she had already been photographed in the city earlier on the day:

On a day we need some #GirlPower, I bump into this kick a$$ beauty @Maisie_Williams @GameOfThrones

Watchers on the Wall reader Iolair shared with us an encounter with Kristofer Hivju, who arrived yesterday to his hotel in Belfast. Today, on his Instagram, Hivju showed he is already hard at work in this behind the scenes look at… —Well, mainly at his beard:

Could he be filming with Kit Harington, now that he’s left Seville and returned to HQ? Could Kristofer’s mystery shoot in Northern Ireland be connected to Wolf Hill Quarry? The site, rumored to be a season seven location, is now busy with green screens and fake snow, not unlike the white glaze in Kristofer’s mighty beard shown in the photo. It should be clarified these connections are merely speculative. Nonetheless, whether Krisofter is working at Wolf Hill Quarry or not, and whether Jon Snow is involved or not, Game of Thrones is undoubtedly filming a scene starring Tormund in the wintry North.