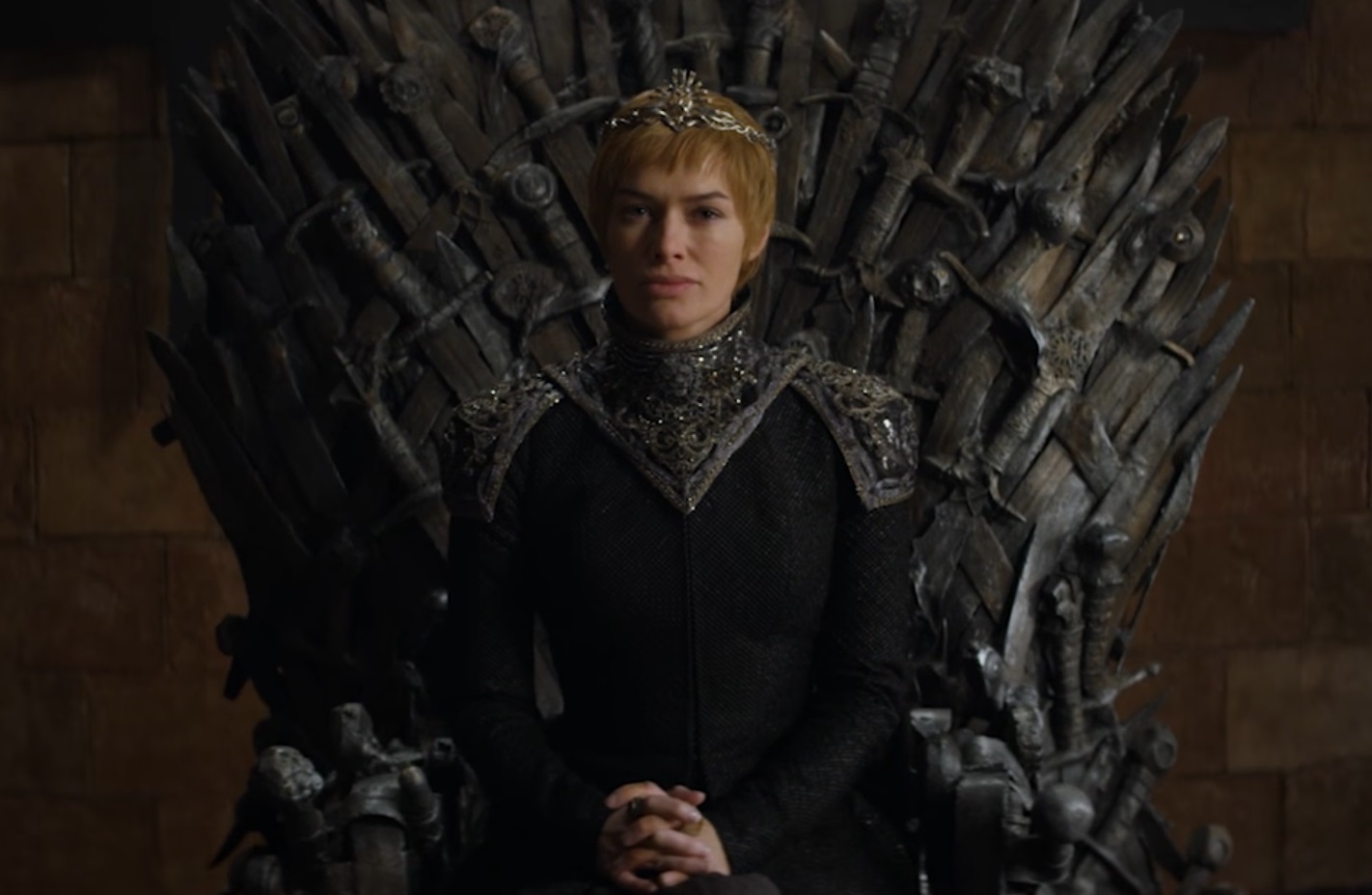 The teaser features the song “Sit Down” by Britpop act James, an unusual sound for a GoT promo, but with lyrics that suit visuals showing the monarchs on a “Long Walk” in search of a throne.

Today, we’ve rounded up the usual suspects on the Wall for a look at the teaser in our newest Murder of Crows.

The promo is finally here! Give us your gut reactions- love, hate- indifference? Did you like the music? I like the song on its own, but I’m not a fan for Game of Thrones purposes. Were you disappointed to not see other characters? I love the leads, but I’m not very excited by concentrated teasers like this, to be honest. And do you think we can really learn anything from the new teaser? Let’s hear it!

It was too much to hope for actual footage from next season, so this was the next best thing. It gives us a perfect focus for next season: we have three major monarchs, ready for action in their thrones… and the White Walkers are coming to mess up their game of thrones.

Also, we get to have a much closer look at the new costumes and sets we first glimpsed during production. Dany’s outfit is amazing: a black dress with a red cloak, finally embracing her Targaryeness! Then there’s the newly Lannister-themed Red Keep throne room, and the expansion of Dragonstone. Aside from the formidable map table room, we only ever got to see a few small rooms and corridors, so getting a new set for Dragonstone is a breath of fresh air. And that throne room looks absolutely amazing! Personally, I’m particularly psyched because they modeled the throne after the flysch rock formations in Zumaia, which is near where I live.

All I really found interesting was the Dragonstone throne, which was pretty awesome looking. Dany’s clothes were cool too. I want some actual footage though! 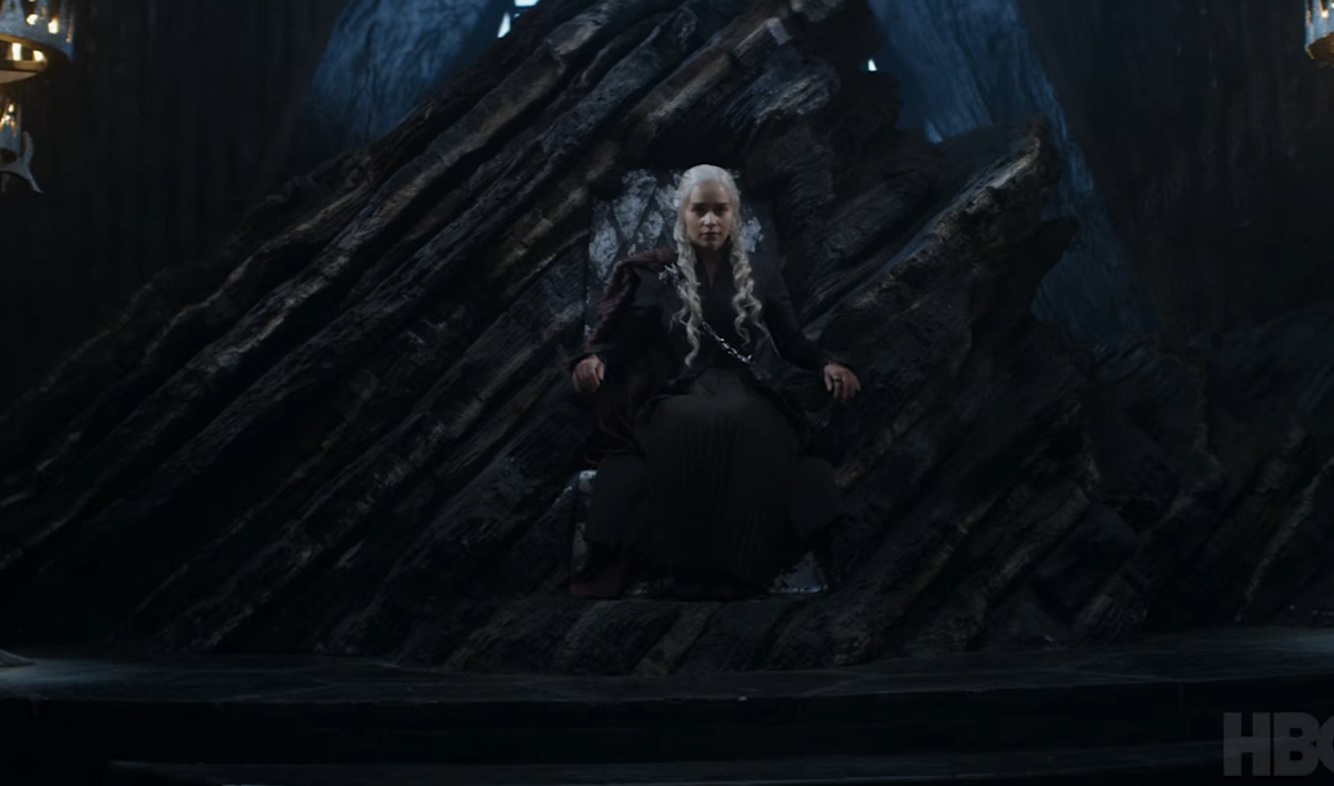 The teaser was pretty cool and enough to get me excited. I loved Dany’s new outfit especially! I found the song choice a bit baffling, but then I’m a British kid who grew up in the 90’s: James are more of a reminder of awkward school discos than anything else. And frankly, if they wanted to use a song themed around sitting down, they should have gone with “In My Chair” by Status Quo.

What excited me even more than the teaser itself was that it made season 7 feel more tangible even though it’s still 4 months away. Dany’s new garb, location, and what I’ve already seen referred to as her Dragonthrone present her as queenly, Westerosi and more involved in this game of thrones than ever before.

I thought by showing the three main rulers and the fourth as a looming threat set up season 7 perfectly – though Jon may want to watch out before he finds himself in the middle of “A Clash of Queens.” 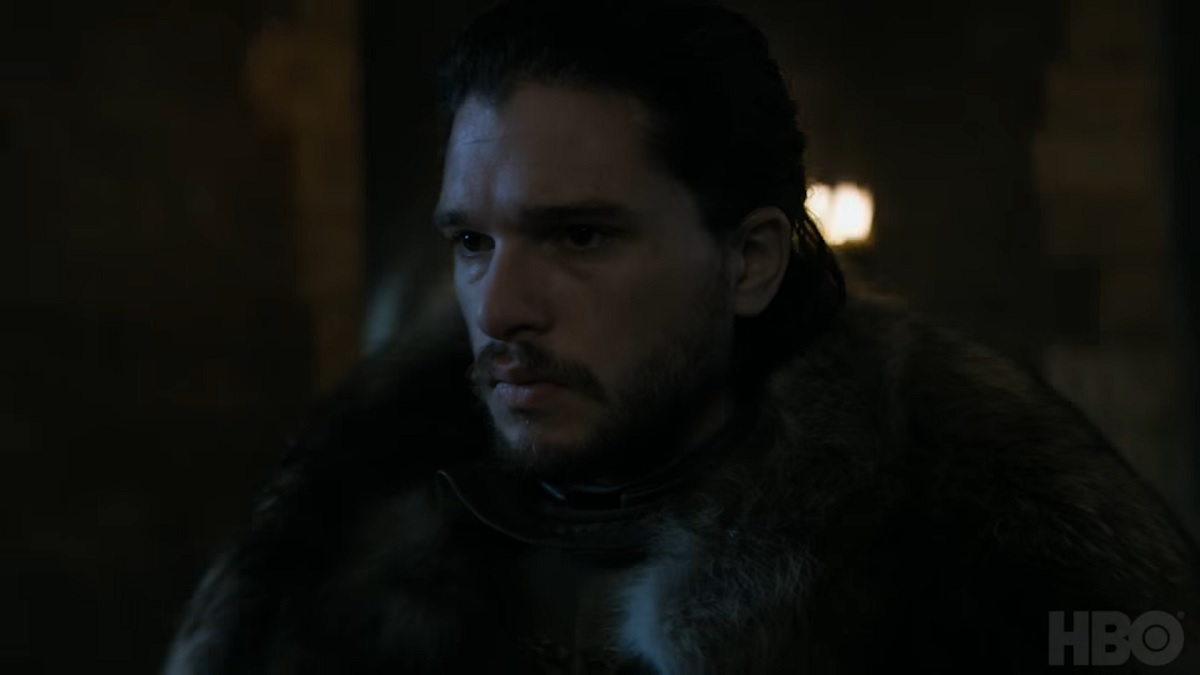 I really enjoyed it. Sure, the music was meh (though I’m hardly an authority), it didn’t do much to me. But I liked the concept, it’s been a while since we’ve had a thematic, conceptual promo that wasn’t just a half-arsed attempt at something. The Dany parts feature some really gorgeous production design and are the highlight of the teaser for me. What fans can glean from it? Dany takes Dragonstone.

I kind of liked the music also, to be honest. It made the trailer feel more stylized, especially with the wide shots of the throne rooms. I also feel like it put more emphasis on Cersei’s strut and the music helped you feel her fury.

I really liked the music, the way Cersei, Dany & Jon walked to the beat & the tongue-in-cheek way the lyrics corresponded with the characters (“touched by madness” on a shot of Cersei har har har).

On a fangirl level, I’m disappointed that none of the characters I’m most intensely invested in were included but I can’t pretend like that’s a constructive criticism. These three (plus the Night King) are the major players in the story at this point, so a trailer that stylistically emphasizes their parallels is alright by me.

As much time as we spend combing over and studying the existing content that we have, it’s almost a surreal event to be gifted with new footage even when said footage is not actually clips from the upcoming season. I’m with Marko in regards to an actual conceptual promo, and appreciate the fact that I’m not stopping on the side of the road to watch a Three-Eyed Raven vision of blurry footage derived from a previous season that will disappear if I don’t watch it within the initial seven seconds of a click. So, thank you HBO. 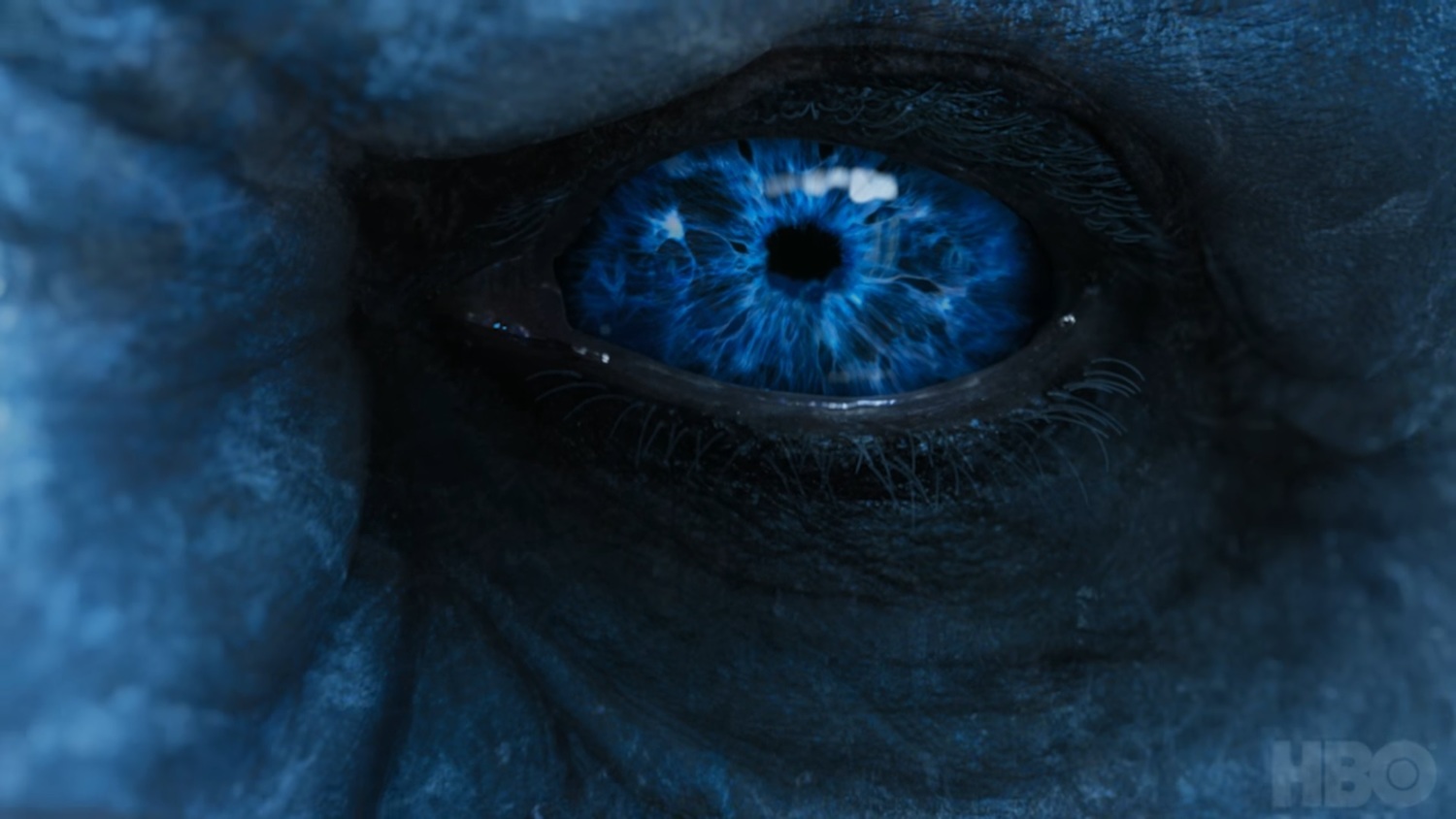 I’m indifferent on the musical selection. I’m sure James is a fantastic group deserving of the attention gained by being featured in the clip. I just don’t know much about them. So, kudos on that as well. I would have preferred some Father John Misty or Future Islands. But hey… to each his own!

The “coolest” thing to me was the breath of cold air exuded by Cersei while sitting atop the Iron Throne. Indeed, winter has come. And the game as she knows it is about to change completely. Jon’s disposition to me is less about him not wanting to be king and more about knowing what is coming. Regardless, my body is ready. In the meantime, I’m going to take a screenshot of the eye of the Night King (or whoever it is) and see if I can spot my own reflection. If so, I shall hastily post it on Reddit so we can dissect the finding for the next 106 days!

You and everyone else. The closeup of the Night King’s eye is either a decoder ring for season 7 or…a Rorschach inkblot that exposes what total weirdos we all are.

And finally…Bex went the extra mile this week. In addition to jotting down a few thoughts about the teaser, she recorded her live reaction, viewing the video after an off-season spent avoiding all spoilers!

In addition to her enthusiastic reaction, Bex notes about the teaser:

You get a sense of the “tentpoles,” of where the action is going to be, so it’s really fun to be left with wondering who is fighting whom (the fact that we might see Cersei and Dany face off!), that King Jon of House Gives No Fucks looks like he is about to single-handedly fight every Walker because he is OVER it, I mean COME ON. These characters are not messing around!!! And that the actors can convey so much simply by walking around in-character really displays their ownership of the roles. I cannot wait to see what happens when there no longer is a sea separating Dany from Westeros, when Cersei has unfettered power, and when King Jon (that feels weird to write) basically takes responsibility for defending every living thing, you’re welcome.

Suffice to say, this brief teaser inspired an array of feelings in the Watchers! After having had a couple days to digest it now, what are your thoughts on the promo and the long walk ahead?