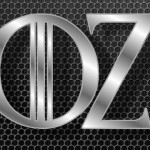 Oz is an eternal optimist who resides somewhere in the Southeastern United States near a beautiful city with a football addiction.  Before Game of Thrones, he admittedly had never heard of George R. R. Martin or ASOIAF but immediately became a fan of the TV series after viewing the very first episode the night it aired on HBO.  The night that Ned Stark was executed, he became a fanatic.

Oz took an oath to remain a non-book reader until the conclusion of the television series came to pass; an oath he still upholds to the present day.  As a result of his passionate writing and humorous yet sometimes illogical speculations, he was chosen as the Leader of the Unsullied Army of non-book readers.