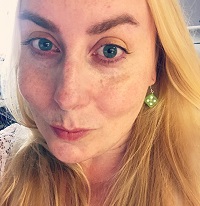 Sue is a longtime fan of the A Song of Ice and Fire series who has learned to be at peace with changes made for the shows. Except when she isn’t.

Known as Ours Is The Fury when she contributed her investigative skills and occasional editorials to WinterIsComing.net, Sue’s a fiend for filming news, casting season and Jaqen H’ghar, and has a soft spot for the Greyjoys despite the House Baratheon nickname.

Sue is a proud Masshole living in the midwest. She loves show tunes and art and her kid. She’s not as tall as people online seem to think she is, which is weird but funny and she can live with that.