We love our cast sightings here at Watchers on the Wall, and hot on the heels of Sophie and Maisie’s big day out in Belfast, we have news of two other cast members in town. These sightings are more of the spoiler variety than the Stark girls’ tattoos-and-shopping fest, however.

We’ll tuck the rest below the cut!

According to our reader, they saw Iain Glen, which isn’t too shocking since Glen was spotted back in July heading to Belfast on a flight along with Gwendoline Christie. Seeing Glen again, with shooting having begun, serves as further confirmation that we haven’t seen the last of Jorah Mormont.

The second sighting at the airport today is more exciting: Joe Dempsie, who played Gendry for the first three seasons of Game of Thrones. The fan spotted him and snapped a photo of the actor:

As far as we can tell, the actor has no other projects at the moment that would require his presence in the city. There were rumors floating around social media back in August that Dempsie had been spotted in Belfast, but there was no actual proof to back it up.

Hopefully we can go ahead and put this meme to rest now. 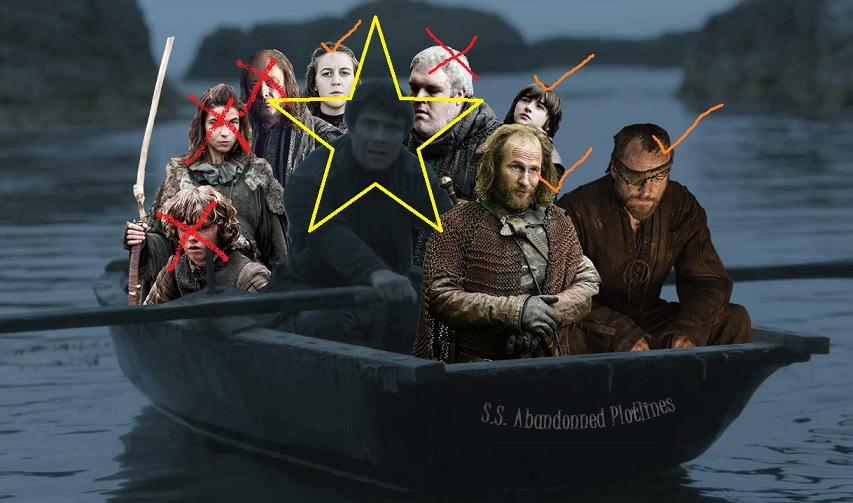 And the “Still rowin’…” thing. Seriously, Gendry must have arms like the Mountain by now.

Well, what do you think of the newest sightings, readers?