Sophie Turner and Maisie Williams out on the town! | Watchers on the Wall | A Game of Thrones Community for Breaking News, Casting, and Commentary 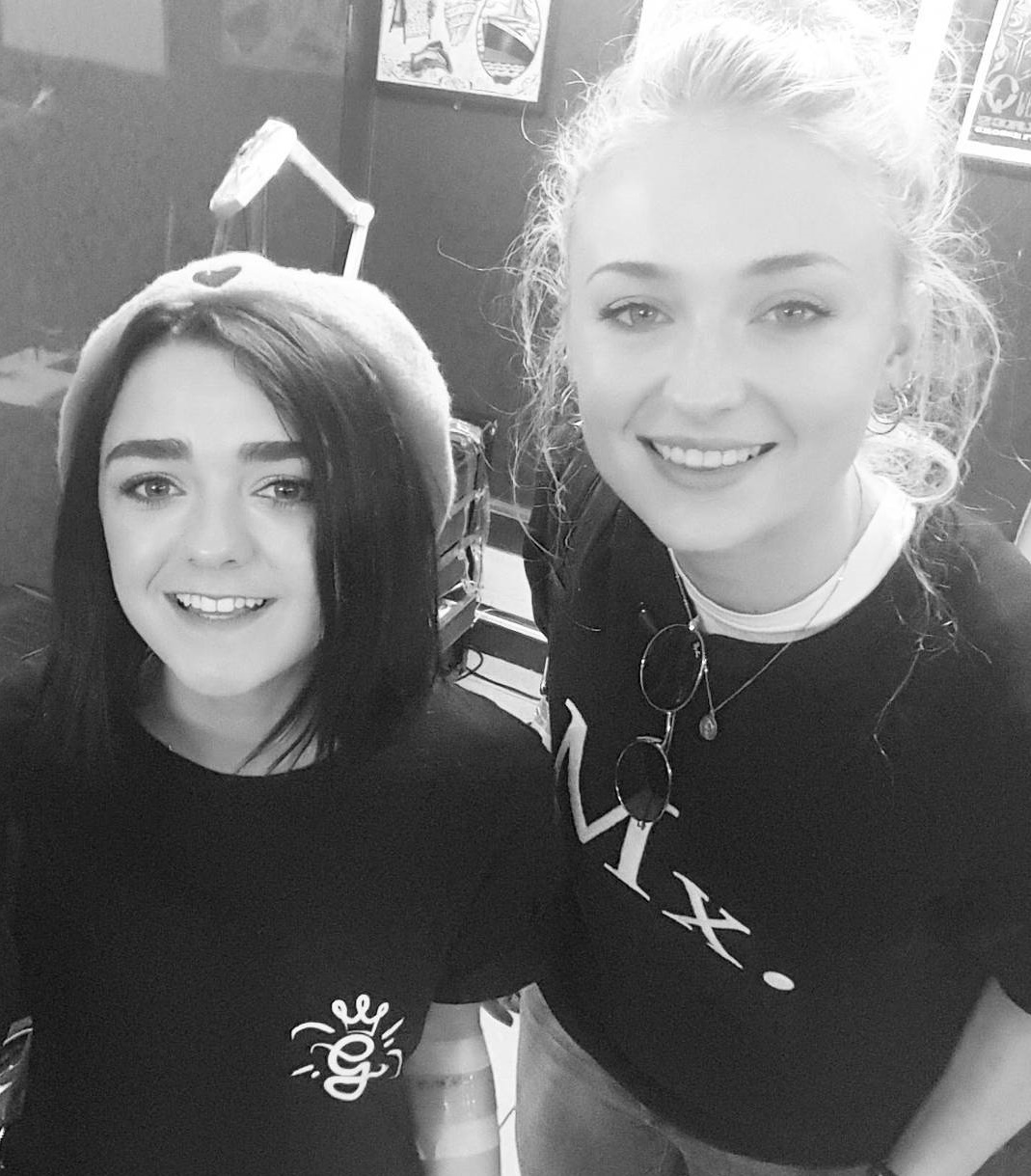 Sophie Turner and Maisie Williams are back in Northern Ireland and having a ball around town, it seems. The Stark sisters were spotted several times in Belfast today, shopping and taking photos with fans. They even visited a tattoo parlor together. There’s no word on if both actresses got ink today, but that does look like a bandage/wrap for a fresh tattoo on Maisie’s left arm. Hopefully that heals in time for the Emmys next Sunday!

Fans ran into the pair at the Victoria Square Shopping Centre in Belfast:

Sophie and #MaisieWilliams with a fan in Belfast on 13th September, 2016. •#sophieturner #fanphotos #belfast•

I’m wondering if Maisie grabbed the drink(s) before or after the tattoo.

They also passed by Belfast’s Harlem Cafe, which apparently has the worst salad ever, according to at least one previous diner.

Given Sophie’s still-blonde hair, it doesn’t appear that she’s started filming. She could be using a wig but switching after six seasons seems unlikely. And dyeing a person’s hair really doesn’t take long at all. They may still be taking care of pre-filming preparations if they haven’t started yet. Either way, it’s great to see Mophie back in action and taking on Belfast!

Update: It’s rumored that Sophie and Maisie have gotten matching tattoos that read a specific date, and Maisie has shared this photo, with the date, “??07.08.09??” What significance is the date? I suspect it’s the day the two women met, since their castings were announced in late August of 2009.