A Possible New Location in Iceland; Another Game of Thrones Actor Returns for Season 7! | Watchers on the Wall | A Game of Thrones Community for Breaking News, Casting, and Commentary 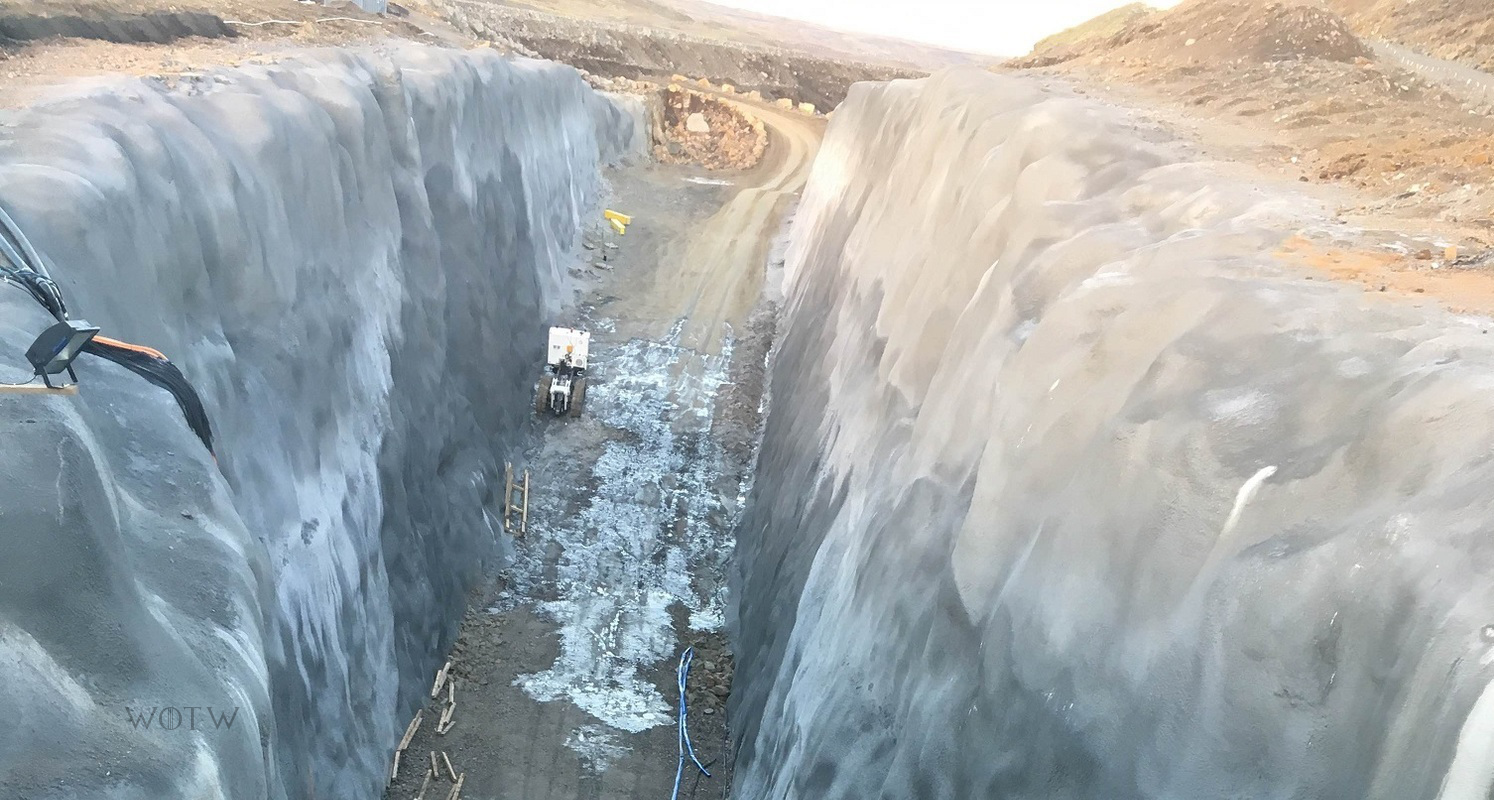 Back in July, HBO officially confirmed that Game of Thrones would be returning to Iceland for the filming the of season 7, but there’s been no news whatsoever on locations there since then. In previous years, the country’s glacial vistas have served as scenery beyond the Wall, while some of the greener areas have stood in for portions of Arya and the Hound’s journey. With Game of Thrones delaying filming this year in hopes of more wintry settings, it seemed likely the show would head back to Iceland’s snowier sections but we couldn’t be sure.

Today however, we received a report from a reader who was traveling through the south of Iceland recently and found something interesting. Near the area of Stangarvegur, in the Gjáin valley, WotW reader Gary came across a set in the works and snapped a few photos.

Spoilers below the photos!

According to Gary, the set was found near a hydroelectric dam. The site is apparently “closed for construction” until November 2018, but this small area was the only construction taking place. As you can see, there is a fake icy-stone alley being constructed. A local shopkeeper close by the site also referred to the location as being for Game of Thrones, but obviously that’s not an official confirmation! 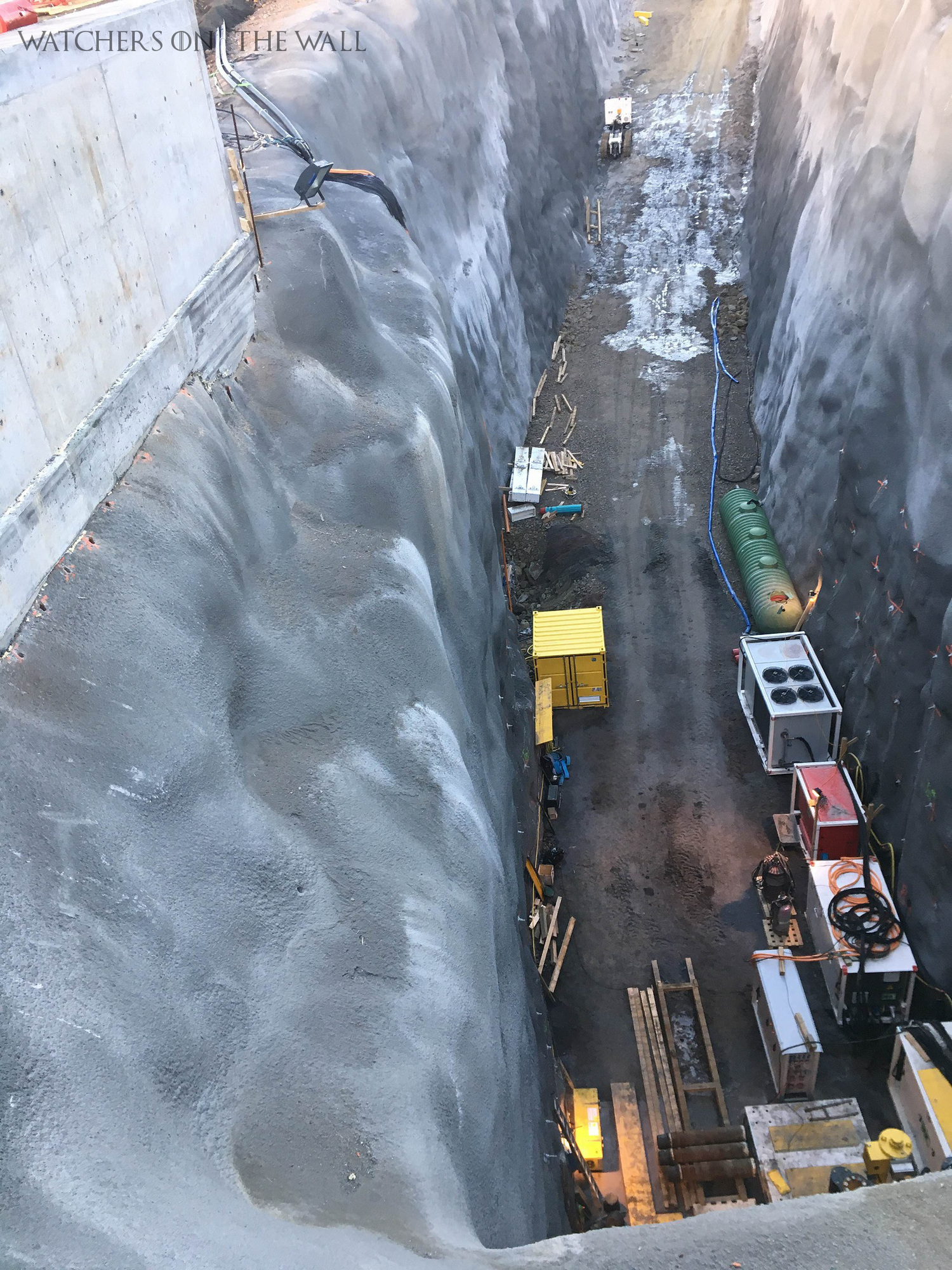 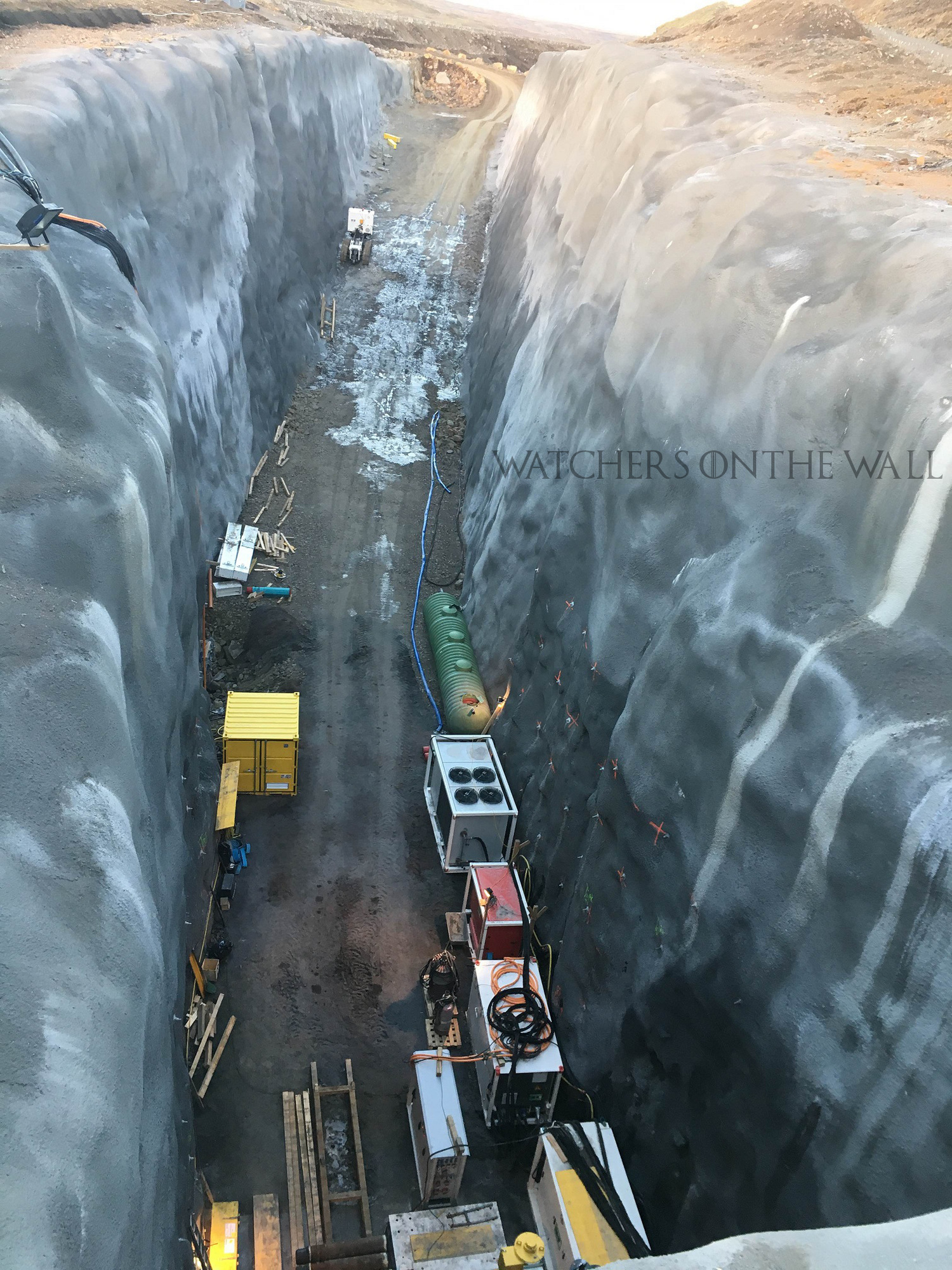 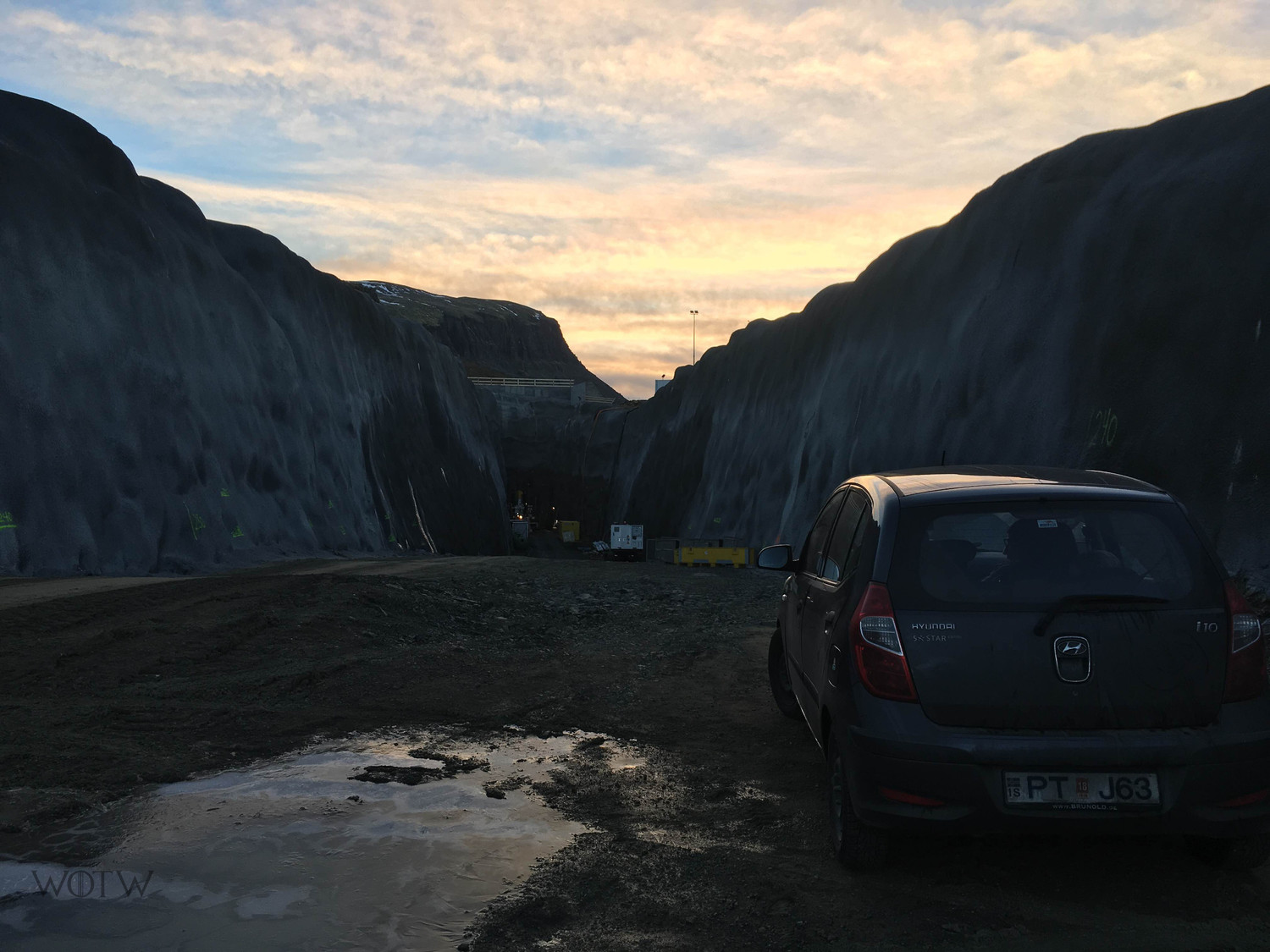 Going on the assumption that this is indeed a Game of Thrones filming location, what could it be? Given the rumors we’ve heard about wights, a trip beyond the Wall this next season seems likely. An icy passageway like this could be used to help create part of a treacherous journey or fight.

Either way, we’ll keep our eyes on Iceland and this location in the coming months!

Meanwhile in Spain, location shooting continues in Seville. Filming didn’t quite wrap up at Italica when we initially assumed. We’ve learned from sources that Lena Headey, Kit Harington, Gwendoline Christie, Liam Cunningham, Rory McCann and possibly others were still shooting in Italica as of yesterday, and there may be more work to be done. A possible overrunning of the shooting schedule? We’ve also heard that several of these members of the cast will be heading back to Belfast at the end of this week, and not part of the next block of Spain filming.

Shooting is due to start at other sites in Seville, and we’ve just learned that another cast member has turned up in Cáceres, the Extremadura province city and region that will host filming for about a month.

James Faulkner made a strong impression in season 6 as Samwell Tarly’s unbelievable jerk of a father Randyll Tarly in “Blood of My Blood.” Now, his return for season 7 has been more or less confirmed by a sighting in Cáceres.

The actor shared a photo of himself from Spain:

Causing a bit of stir up the dentist. Hang on to those molars, Popey. #DaVincisDemons #givethemabite pic.twitter.com/onoAFXXN8Z

And one of the fans he met retweeted the photo with her tags indicating she’d met him in Cáceres specifically. (Instituto Dental IOS is the dental clinic he visited there.)

If there was any question, Faulkner also posted a photo of himself working with a horse yesterday, with the caption, “Randyll on the razzle…..with the ‘Duke'”:

The Cáceres area could play many roles, with its King’s Landing-like Old Town plus Tarly could take part in the Malpartida action as well. Los Siete Reinos reports filming for the Las Brenas scene will take only a few days, and will start shooting on Nov. 17th.

He’s not the first cast member to show up in the city- Jerome Flynn was spotted in Cáceres a few days ago.

Having trouble keeping all the dates and info straight? Check out Luka’s Season 7 Pre-Filming Report for Southern Spain, rounding up all the details.