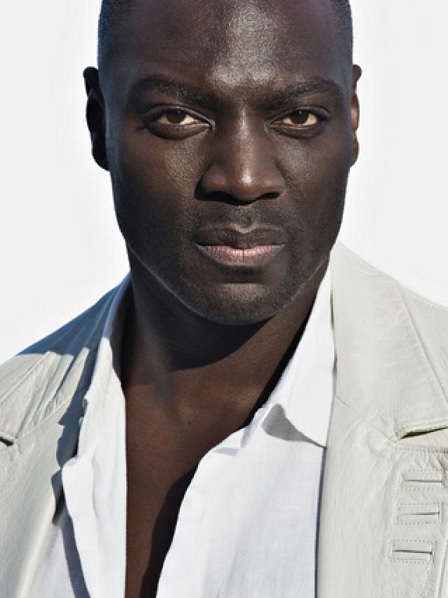 When news broke in October that Adewale Akinnuoye-Agbaje, star of Lost and HBO’s Oz, would be joining the cast of Game of Thrones, details were few and far between.

The initial release of information told us only that the actor would be playing “a character not in the books with the name ‘Malko.’”

Later interviews with Akinnuoye-Agbaje offered tantalizing hints as to what Malko might be up to in season 5, but no real concrete evidence. Earlier this month, the actor told Vulture, “The character that I play, it’s actually advantageous to me not to actually know too much. That’s all I’m going to say.”

Now, however, thanks to our sources, we’re able to reveal more about Malko, and a notable scene that features him in season 5.

MAJOR plot spoilers beneath the cut!

According to our sources, Adewale will be playing a slaver working on the continent of Essos. His character Malko runs a slave auction, and is presenting Jorah Mormont and Tyrion Lannister for sale.

In the scene, Malko sells Jorah to Yezzan (a new season 5 character played by Enzo Cilenti). Tyrion, not wanting to be parted from Jorah at that point, makes a fuss, amusing the crowd until Yezzan buys him as well.

The auction scenes were filmed around St. John’s Fortress in Sibenik, Croatia, says our source, and indeed Peter Dinklage was sighted at the fortress set. Photos of the St. John’s set in progress were snapped in September, showing a platform stage and cages, and costumed Meereenese extras were seen just outside the fortress not long after.

Sue the Fury: Is Akinnuoye-Agbaje’s part a surprise to you, readers? Many had guessed he might be playing a pit fighter, but it seems he’ll be on the business end of things in Meereen. I’m curious to find out if he’ll have more scenes beyond the auction.