Game of Thrones cast members gather, while a character's name is revealed...maybe | Watchers on the Wall | A Game of Thrones Community for Breaking News, Casting, and Commentary 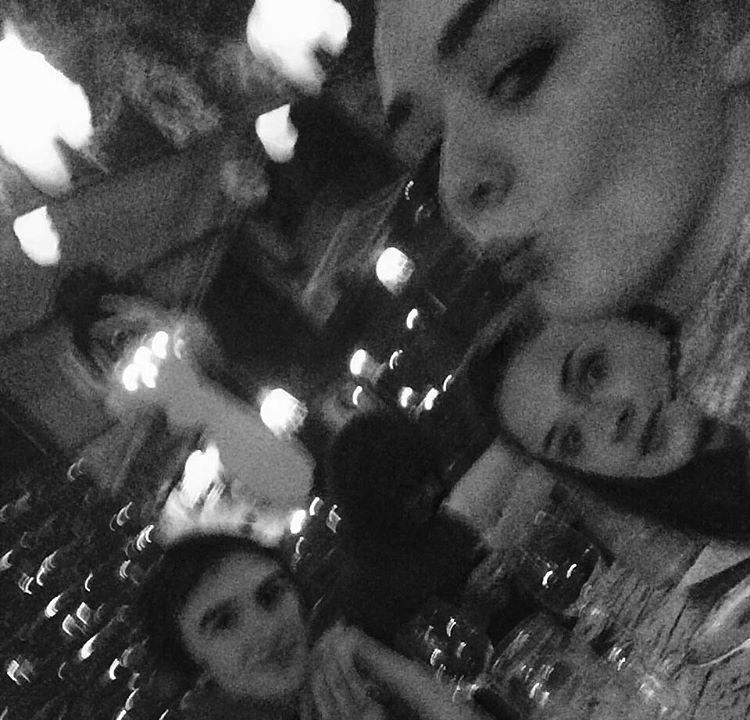 The TV families that play together, stay together, right? I sure hope so.  Game of Thrones cast members are having fun on Instagram again when they’re in the same city, with the Stark kids sharing a few pics.

Isaac shared this photo of Dean-Charles Chapman today. Looks like all the the cast’s young people are together this week:

Cheeky Nando's with the Dean @deancchapman

Lastly, another cast member shared a photo- Thor Bjornsson and new season 6 cast member Jóhannes Haukur Jóhannesson posed together in Belfast yesterday. It’s not known yet which role Jóhannes is playing, but we’re guessing Riverlands outlaw based on a few things. Though in Belfast at the same time, they may not be shooting together. It’s nice to have a photo of the show’s Icelandic cast members together though!

One of the most exciting developments of Game of Thrones season 6 has been learning the show would be depicting, in some form, the Tower of Joy. The tower story in the novels is a memory connected to one of the central questions of GoT. The tower is a significant memory for Ned Stark, and what’s especially intriguing about the show dealing with this portion of Westeros history is that it likely means we’ll see a younger form of Ned.

We followed the shooting of the scene at Zafra Castle in Spain, and the casting info as it surfaced at the time. It appears that Luke Roberts, Eddie Eyre, and Robert Aramayo have been cast in roles for the scene. A WotW reader reported all three were rehearsing a fight scene together weeks before Aramayo or Roberts were announced or officially confirmed as cast.

That’s where it gets interesting. Eyre’s CV initially stated that he was playing Ser Alfred Hunrith…but there is no character by that name in ASOIAF.  There is a key character named Ser Arthur Dayne at the tower, but that’s as close as it gets.

And now Luke Roberts’ agency CV has been updated to reveal his role in Game of Thrones season 6. According to his resume, the actor is playing “Rowland Selwyn.”

There is no one by that name at the Tower of Joy in the novels. There was a man named Howland Reed, there with Ned Stark. “Selwyn” in ASOIAF is actually the first name of Brienne of Tarth’s father.

It appears that GoT has borrowed Selwyn’s name to create this new name (as I doubt this character has anything to do with Brienne). So is Roberts playing Howland Reed? Is the new name a permanent one or is it just a placeholder? GoT has never bothered with fake names on resumes before (not even for Iwan Rheon- “Boy” is all Ramsay was called by people in his scenes during his first season) but perhaps the show is doing so now.

At 6 feet tall, Roberts is hardly crannogman height but neither was Thomas Brodie Sangster at 5’10”.

Or Game of Thrones is just completely messing with us now when it comes to the fake names. We’ll find out in the spring.

Screencap of the puzzling CV entry: 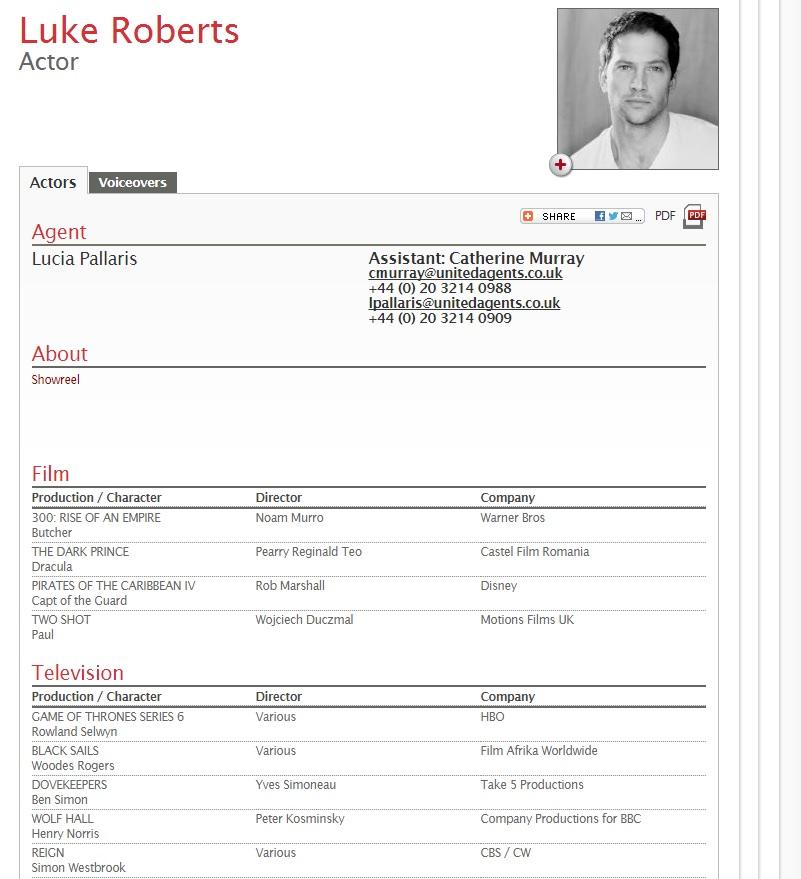