More confirmation of Luke Roberts, Nathalie Emmanuel arrives in Peñíscola, and new set photos from Spain and Saintfield! | Watchers on the Wall | A Game of Thrones Community for Breaking News, Casting, and Commentary 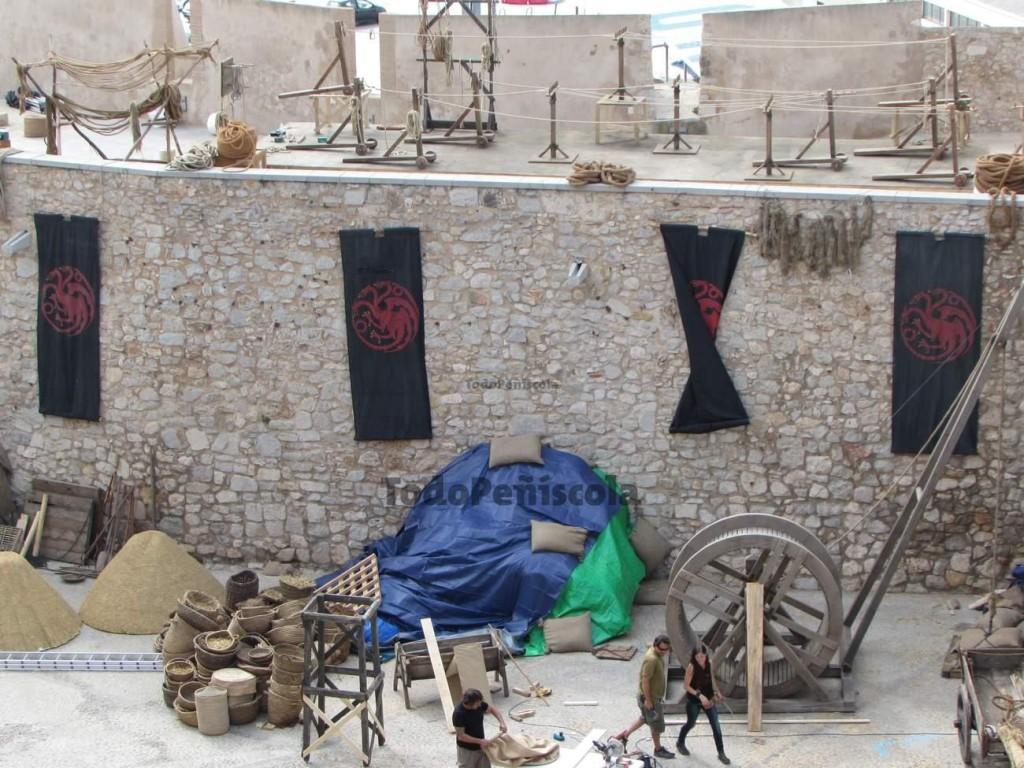 Today we have new information regarding the Game of Thrones casting of Luke Roberts, and the filming of season 6 with new photos from Peñíscola and Saintfield.

First up, there’s new information regarding the casting that came up yesterday, that of English actor Luke Roberts. With the casting of Robert Aramayo, it brought back the month-old rumor of Roberts joining the cast, since the two had reportedly been seen practicing a fight for GoT together, along with Eddie Eyre.

The new evidence today: Roberts’ longtime girlfriend, Sense8 actress Freema Agyeman, instagrammed two photos from Teruel, Spain, the town near the Tower of Joy set where the Game of Thrones crew are housed this week.

A nice evening out in Teruel, Spain. Bumped into Tinkerbell! ?

Agyeman was also tweeting with Robert Aramayo and Eddie Eyre yesterday, making it seem more and more likely that the actress is in Teruel with her boyfriend for filming and has met his co-stars. (Editor’s note: We don’t believe Agyeman has a role on the show at this time though that would be amazing. -Sue the Fury)

In filming news, Nathalie Emmanuel has arrived in Spain. Earlier today, the 26-year old instagrammed a photo of the Peñíscola castle (please refer to Getty Images for comparison) with the hashtag #Ola. Emmanuel being in Peñíscola cements that the city is Meereen.

TodoPeniscola has posted more photos from the set in Peñíscola as well. The Targaryen banners hanging from the ramparts in the first pic below also confirm speculation that Peñíscola is serving as Meereen. 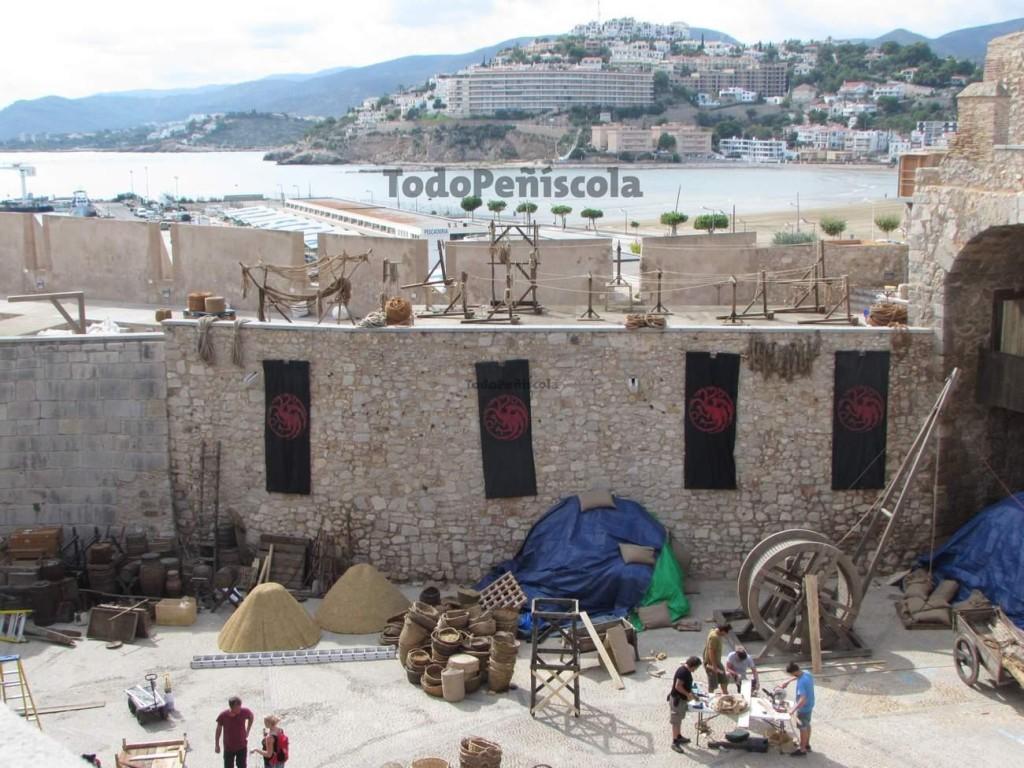 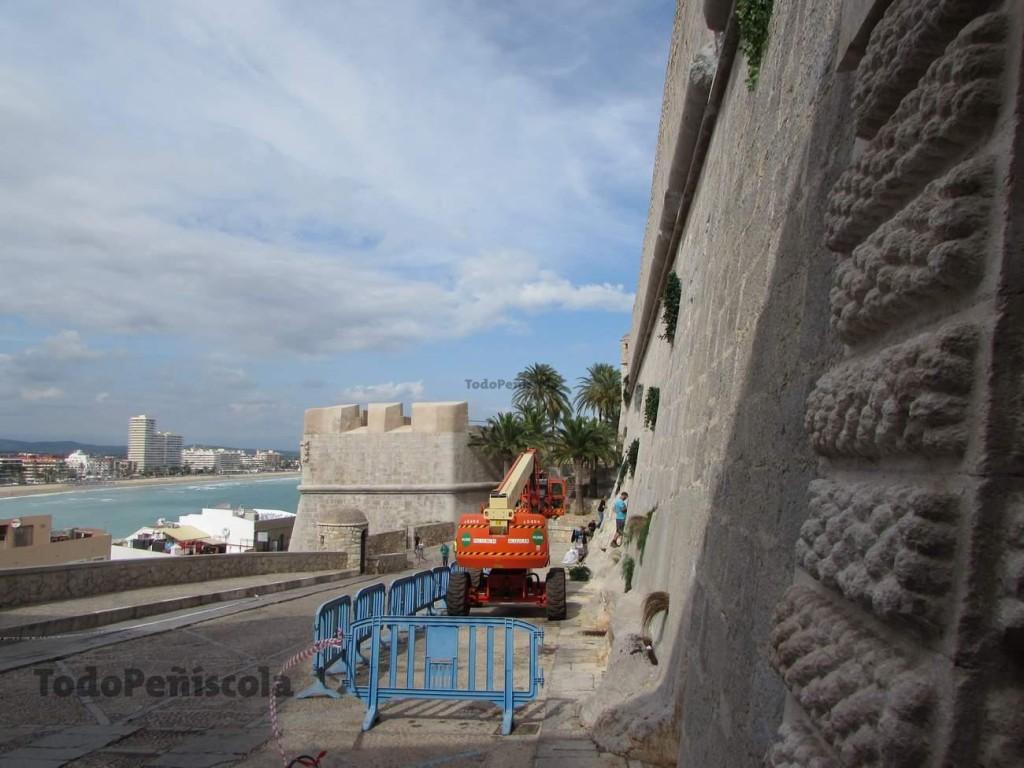 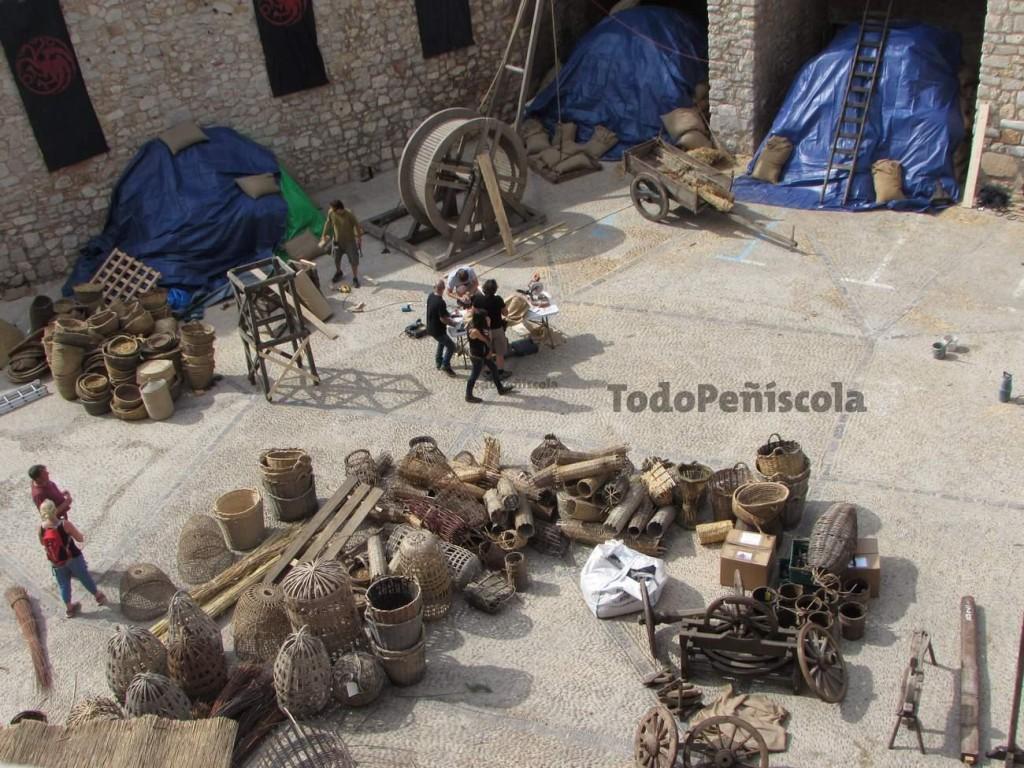 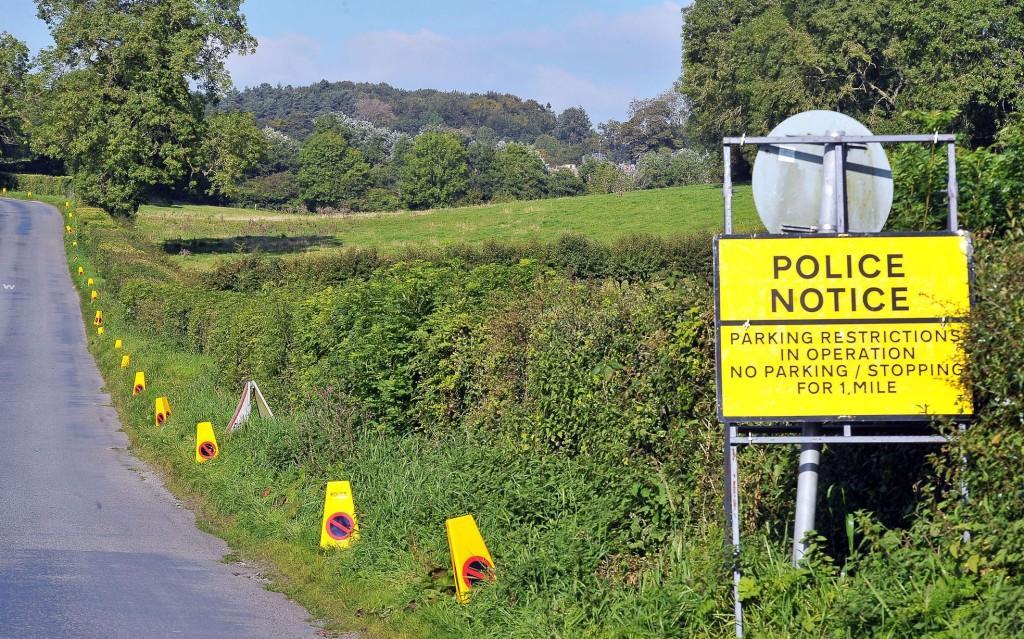 … Belfast Live managed to take some set photos of costumed extras, Bolton shields and, possibly, the smoke/fog machine that’s been tweeted about. 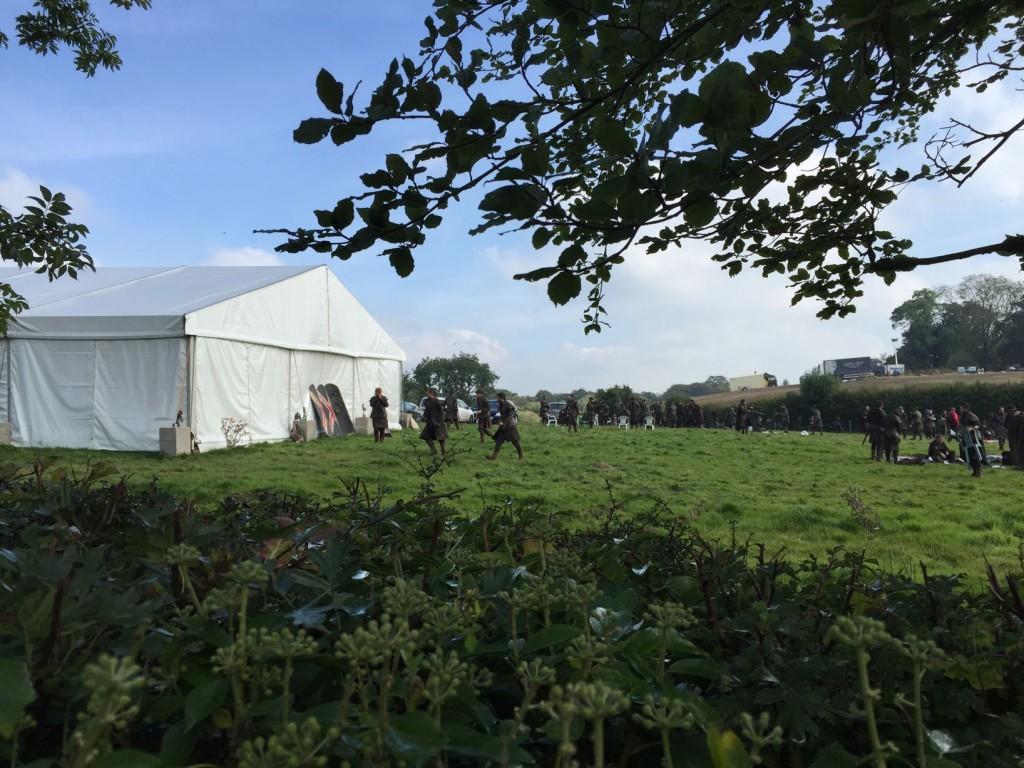 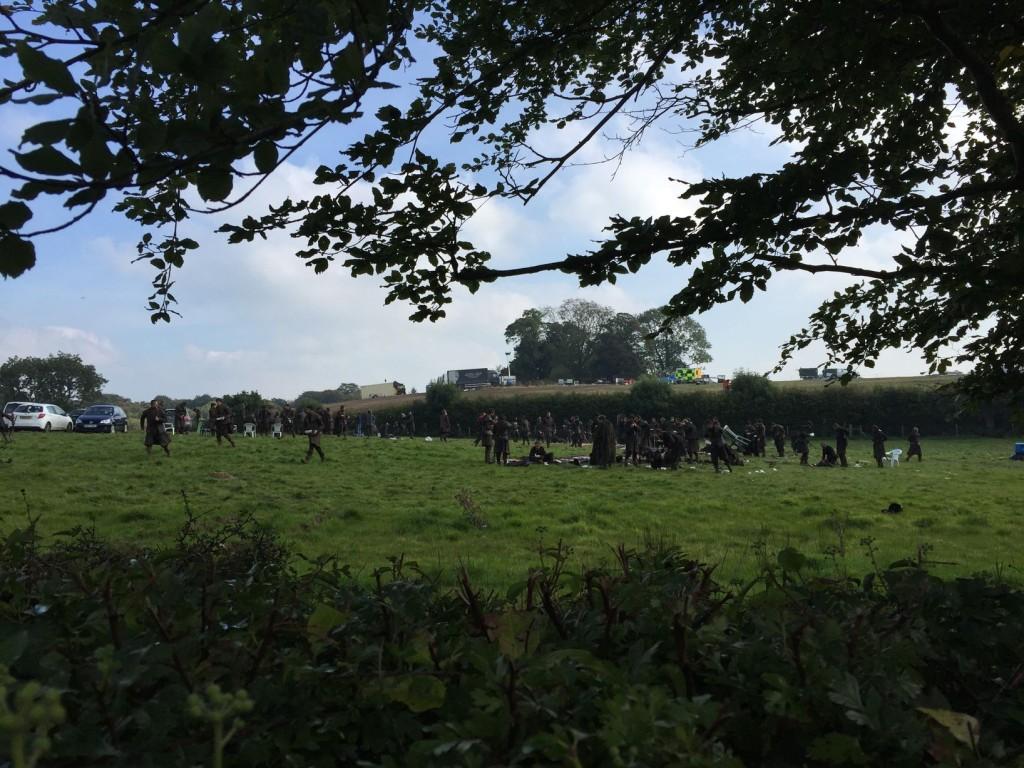 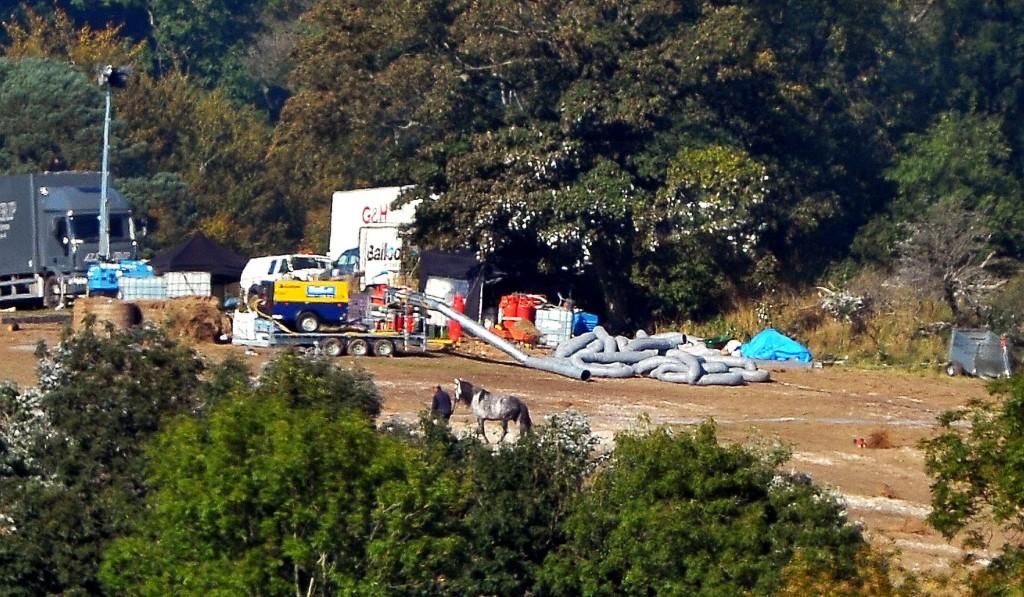 Update [ by Sue ]: New photos have just popped up, from a restaurant in Teruel, Spain.

Freema Agyeman, Luke Roberts, Eddie Eyre, and two other gentlemen in the first photo; the second photo shows Emilia Clarke, Michiel Huisman, Iain Glen, DB Weiss and David Benioff. It’s not clear if they’re posing with staff members, or what at this point. We’ll check this out further. Thanks Chantal for giving us the heads up on these! 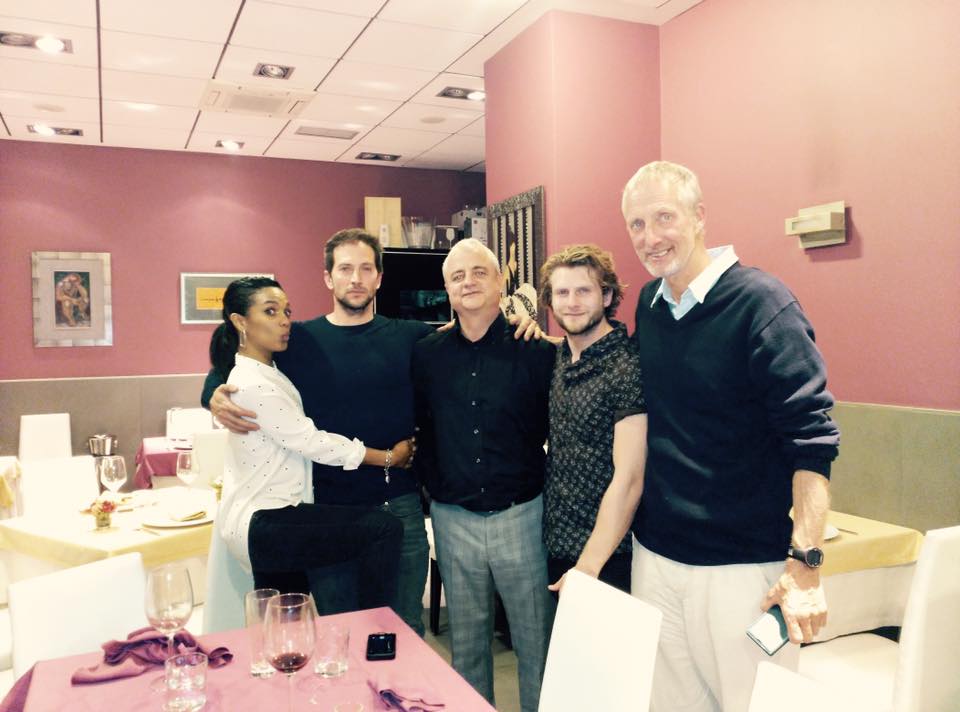 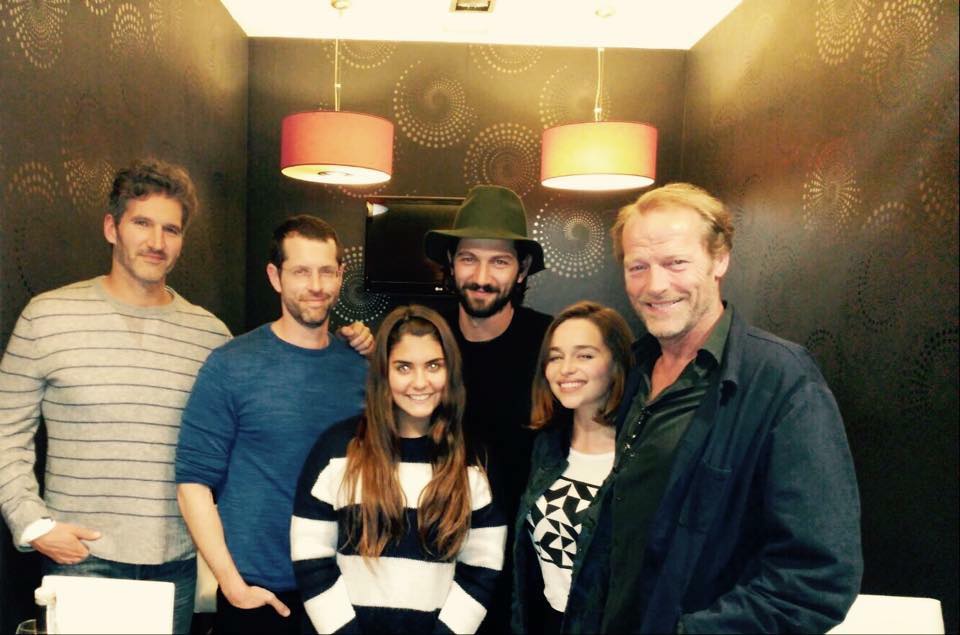