Filming at Knocklayde, outlaws gather in Belfast | Watchers on the Wall | A Game of Thrones Community for Breaking News, Casting, and Commentary 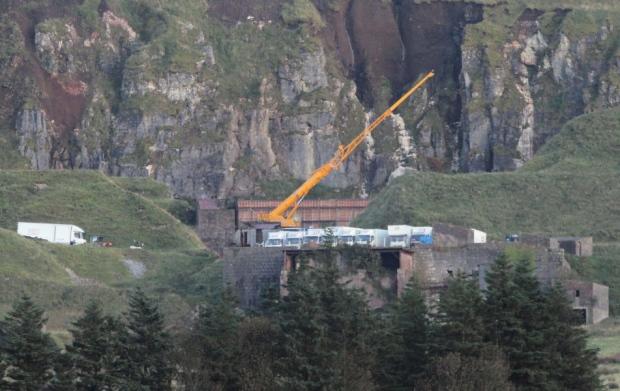 Filming for Game of Thrones Season Six continues in Northern Ireland, with pictures and tweets from the area coming in!

There is continued activity in the Knocklayde area, near Ballycastle. Pink signs have been spotted as filming takes place at the Hillside Road.  There is a small stone bridge there, marking the old Ballymoney to Ballycastle railway line, which may be being used for filming. 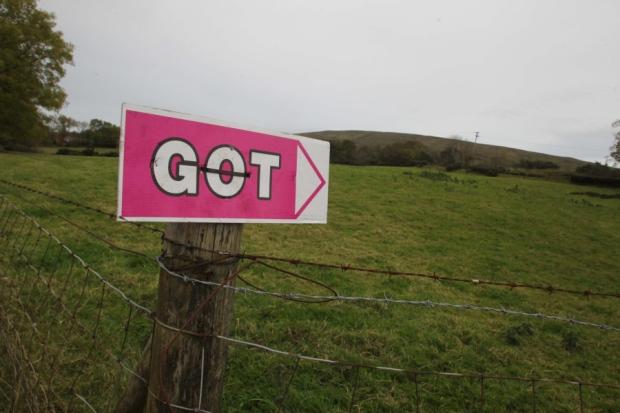 We previously reported  on filming in the area so it looks like the cast and crew are still sticking around for the time being!

Head over to The Ballymoney Times for a little more info, and thanks to Watcher Gravemaster for the link!

We’ve also had words from some of the actors in the area.  Ricky Champ, who’ll be playing the role of Flynn the Outlaw, tweeted this:

Back to Belfast to finish a few bits on the biggest tv show on the planet.

Yeah, I show up early for extra time un the lounge. SO SUE ME! #sorrynotsorry #SagaSilver #NotHumbleAnything pic.twitter.com/8BN294w9vD

Although he didn’t specify his destination, it seems likely he’ll be joining up with Champ for outlaw scenes, as we speculated here.  Looks like it’s all go in Northern Ireland for the foreseeable future!