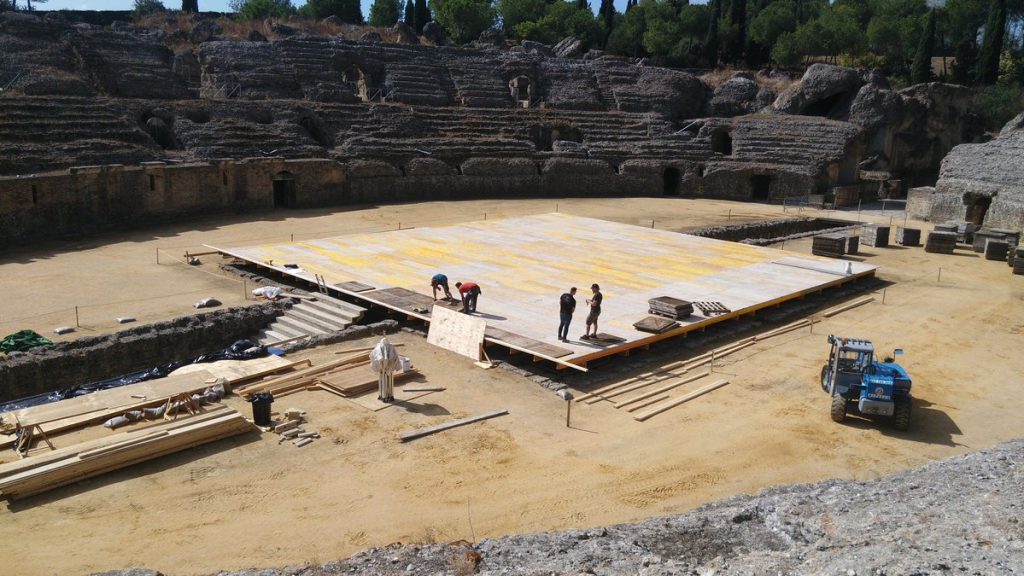 We’re nearing the speculated dates of Game of Thrones shooting in the Seville region of Spain, and sets are taking shape nicely. Officials confirmed this week that Italica, a major new filming location for season 7, will be closed between October 17th and November 12th. In addition to Italica, GoT will be filming in other Andalusian locations including the Royal Shipyards of Seville (Las Atarazanas) and the Castillo de Almodóvar del Río, located in the province of Córdoba.

Thanks to an extras casting call, we know the extras are needed in Seville and Almodóvar del Río between November 1st and 12th. This gives us a time frame for the actual shooting period, with the weeks before November 1st probably consisting of prep work.

Last week, we showed the beginnings of GoT’s work in Italica, and today we have an update, giving us a better idea of what the site will look like for filming.

Photos and a news report from Spain show that the production staff have made progress at Italica, and are currently working to cover the wide central opening in the amphitheater. The narrow channels that lead to the central area remain open, and staircases (which we spotted in our initial photos last week) have been put in place leading from the channels to the central area.

These will give you a good view of the changing set:

Our previous spoiler reports have given us a good idea of what role Italica is playing. Revisit them if you want to be spoiled! The new images haven’t changed my mind. It’s a beautiful location and I can’t wait to see how it turns out when finished.

Thanks to WotW reader Luka Nieto for the help with this post!