Dolorous Edd speaks; plus House Stark spoilers for season 7 | Watchers on the Wall | A Game of Thrones Community for Breaking News, Casting, and Commentary 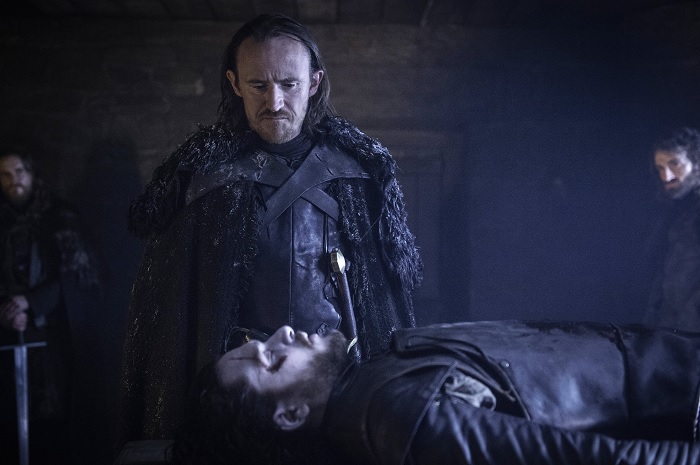 Today, we have EVEN MORE season 7 spoilers, but first- a Game of Thrones cast interview!

The unlikeliest Lord Commander of the Night’s Watch speaks in a new interview this week. Ben Crompton, who has played Dolorous Edd Tollett since season 2, was a guest at the Sunderland Echo Portfolio Business Awards, and took the opportunity to talk about Game of Thrones. The actor confirms his return in season 7, and talks about the future of the show.

Crompton says, “We are back on season 7 and we have a lot of fun.” He tells The Shields Gazette he’s been at work since August, with filming still ongoing. “I am like a lot of the fans, I am always keen to find out what will happen next. It is exciting when the scripts come through.” Crompton is quoted as saying he always gets a thrill from being on the Castle Black set and that, “It is a genuine set that you can interact with.”

As for working with Kit Harington, Crompton says that Kit is “really funny in real life” and “one of the lads.”

When it comes to next season of Game of Thrones, he does have this to offer. “There are some surprises, We are gearing towards the end. Everyone is assuming certain things will happen but I won’t say if that is the case.”

First, the LIGHT SPOILERS: In Spain, preparations continue for the shooting beginning soon. A couple weeks ago, spoilers confirmed that we would be seeing a scene shot in Zumaia involving men rowing.  In the town today, this boat arrived and looks to be part of Game of Thrones filming.

The boat is covered up, and has a simple structure similar to many other boats we’ve seen on GoT before, across multiple storylines in Westeros and Essos. So, at this point we can’t determine which House or culture the boat is from, because it’s such a common boat they’ve used. If we see the boat uncovered, perhaps we’ll be able to glean more clues from it then.

Now, we have more news that would be considered MAJOR SPOILERS, including notable characters interacting. Scroll past the gif if you want to know!

Yesterday we shared the news of a meeting between Daenerys and an unexpected duo in Westeros, and today, we have fresh spoilers from Los Siete Reinos about another character meet-up!

According to L7R, in season 7 Theon Greyjoy will be reuniting with an old friend from Winterfell, Jon Snow. Our own sources tell us that this meeting won’t be in the north as has been rumored, but will actually be further south, with Jon traveling and encountering Theon at some point.

L7R also reports that when it comes to Bran Stark, they haven’t heard news of Isaac Hempstead Wright filming a family reunion (though of course they can’t entirely rule that out), but they’ve learned Isaac was filming a different scene recently. They report that the scene actually involved Bran and Dolorous Edd, along with members of the Night’s Watch.

More exciting news this week! Theon may have saved Sansa but I’m sure Jon will have some sharp words for Theon nonetheless. That’s a scene I’m very much looking forward to. And with Bran filming with Edd, can we safely assume that Bran has now passed beneath the Wall- even though he is marked by the Night King? That can’t be good.