UPDATED: First images of Sophie Turner (and her wig) on the set of Game of Thrones | Watchers on the Wall | A Game of Thrones Community for Breaking News, Casting, and Commentary 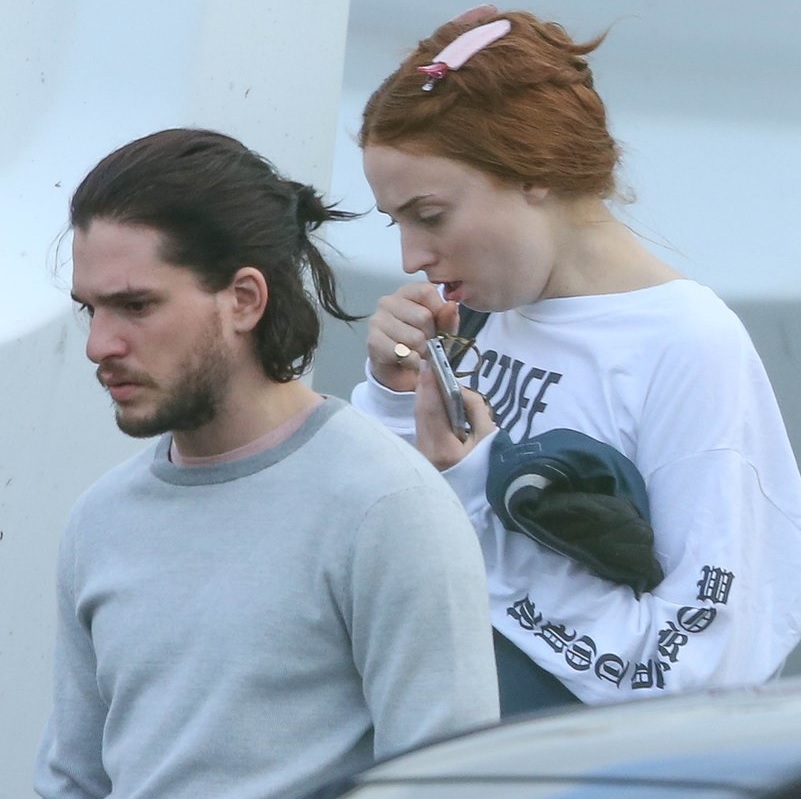 More new images have been released by PAP4U on their Twitter account, featuring the Game of Thrones cast recently on the set in Northern Ireland. The latest photos include Sophie Turner, who hasn’t been spotted around a set until now. The photos were taken during the same week as several other images we’ve seen from PAP4U, according to the photographer, including the set we posted last Wednesday.

In the new pics, Sophie Turner, Kit Harington, and more co-stars head for the make-up trailers after they finish filming for the day in Corbet.

From behind, we can more of the fancy braided hairstyle typical for Sansa- and Sophie’s blonde hair peeking out below the red. That confirms what we’ve suspected for quite a while, that Turner will be wearing a wig in season 7 instead of dyeing her hair. In previous years, she’s always dyed her hair to match the Tully color, to the point where many fans believe the actress is a natural redhead. No longer, though! 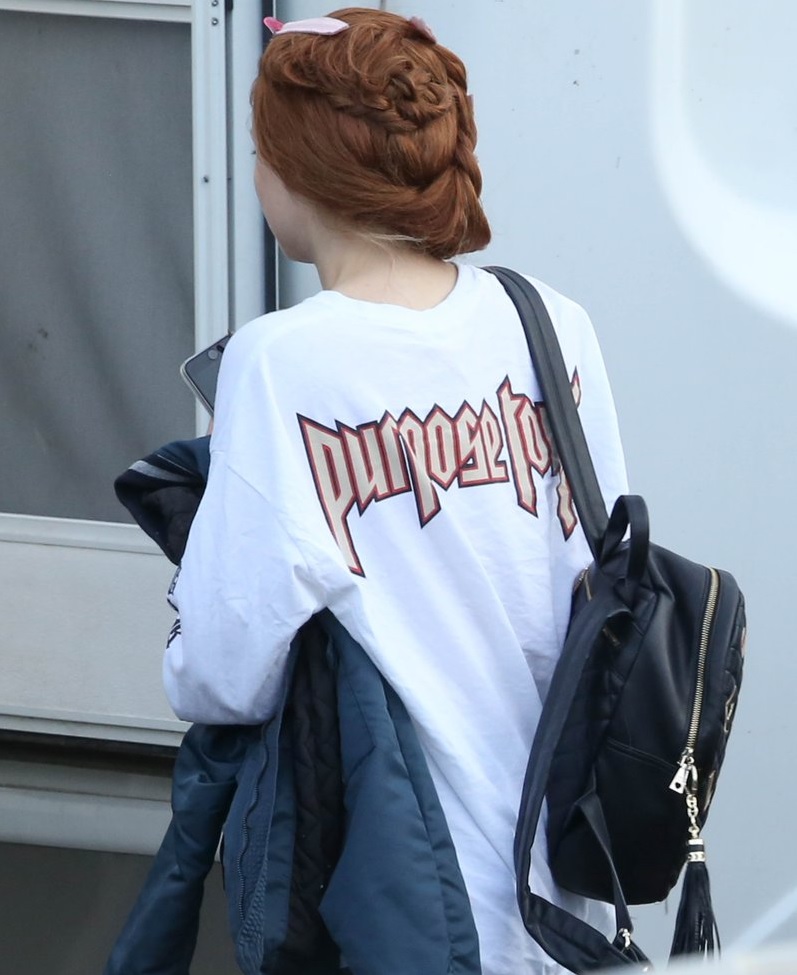 In the other new images, also heading for the trailers is Liam Cunningham, Gwendoline Christie, Bella Ramsey, and from behind, that’s Daniel Portman in the cap. 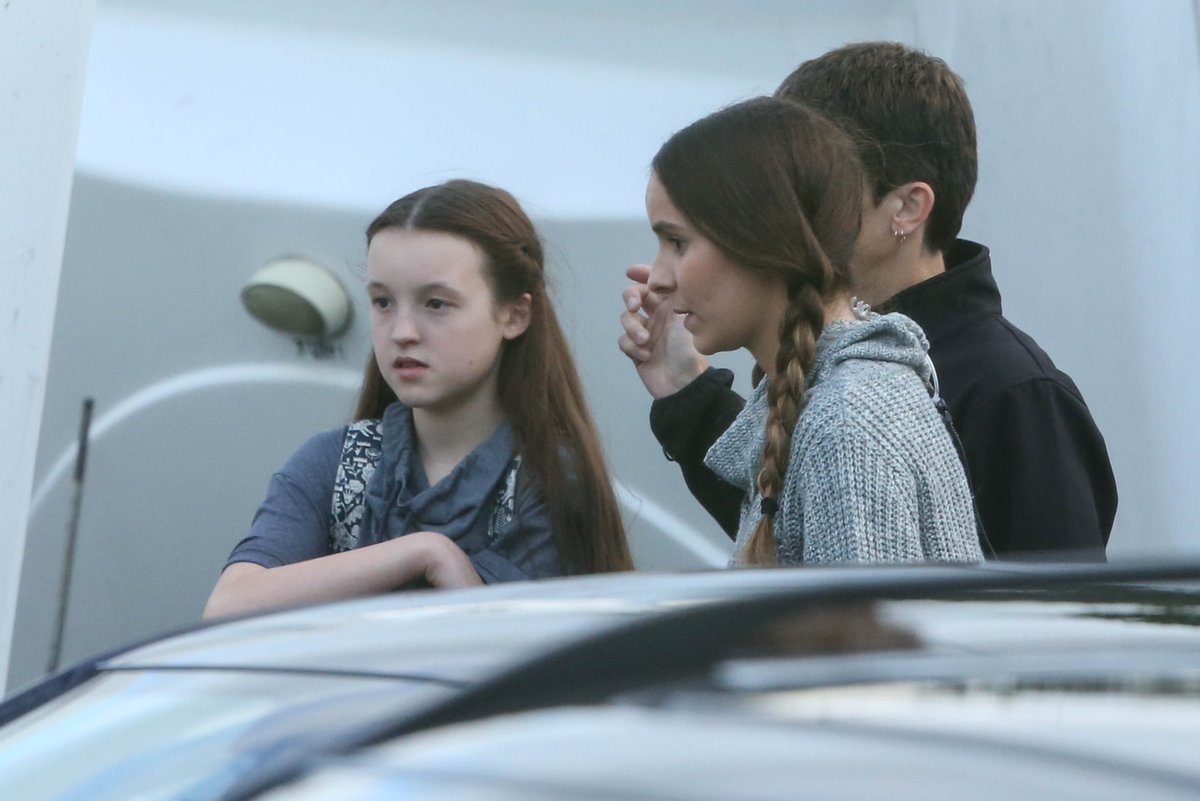 Turner has fully returned to her blonde roots, and I have to say the wig looks convincing, from what we can see in the photos. I don’t think we have to fret over season-1-level bad wigs. 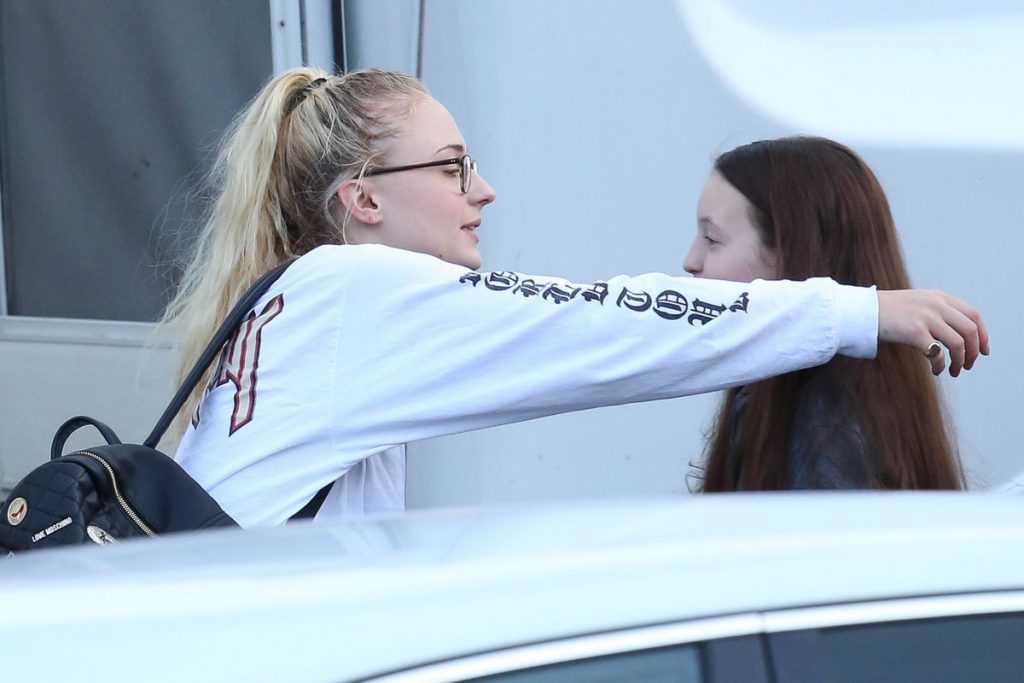 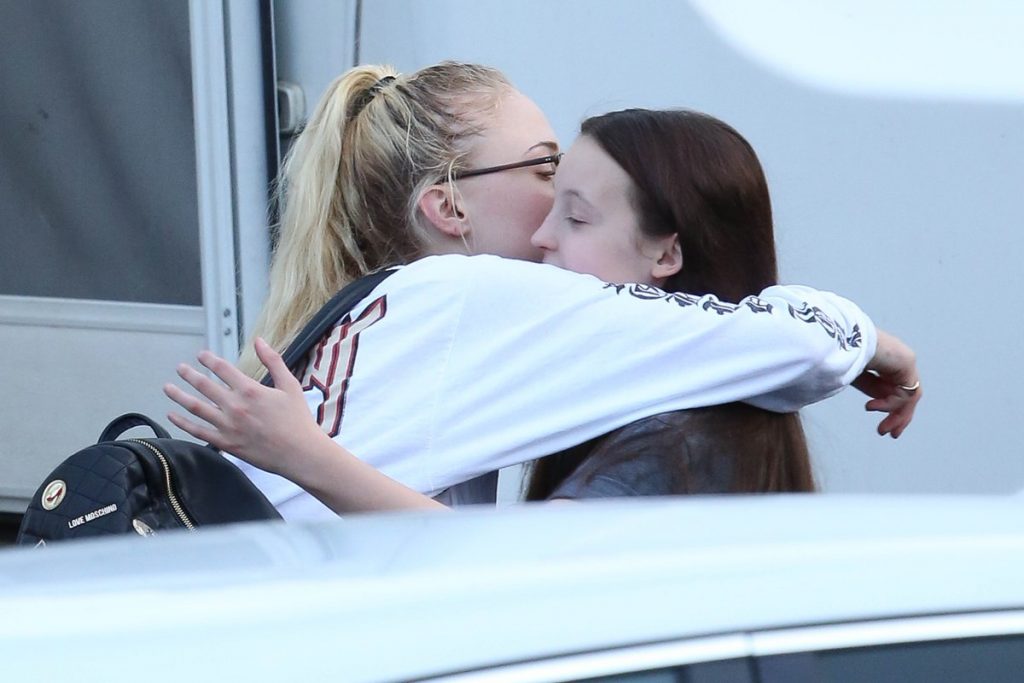 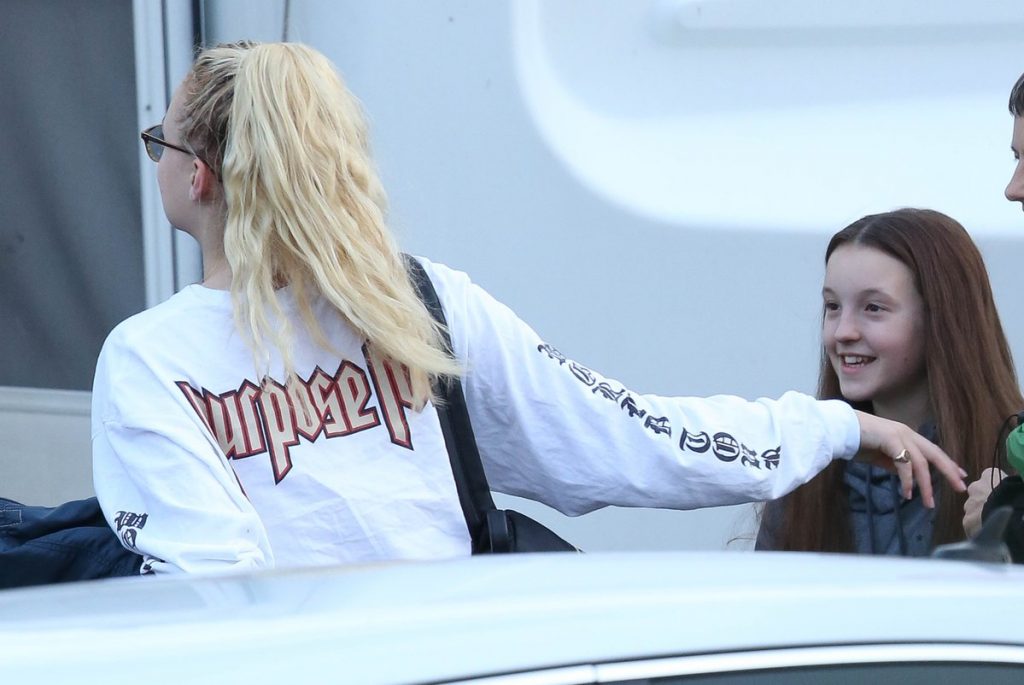