The sixth season of Game of Thrones has included the return of a few cast members from earlier seasons (follow this link and this one if you want to be spoiled in that regard). It seems like in season 6 the show is cleaning up some loose ends, and based on this piece of casting news, here’s one more. We received some information a while back pertaining to this character but were unable to 100% confirm his return at the time; now with the new info, we’re going to proceed with sharing! 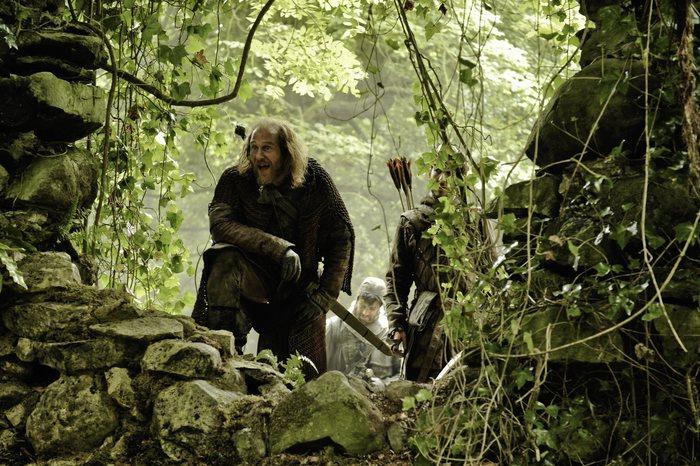 According to the news page of actors’ agency VivienneClore, their client Paul Kaye will be appearing on the show once again.

In the news item, his theatrical work is mentioned, and the agency goes on to say, “Paul has also been busy with television roles, you can catch him in the eagerly awaited Season 6 of Game of Thrones.”

With that, we can officially consider Thoros of Myr, the drunken red priest of the Brotherhood without Banners, to be making his return.

WotW reader PB brought the agency item to our attention. Thanks, PB!

!More spoilers! As for what we’ve heard about Kaye’s colorful character Thoros- last fall, we did hear from one anonymous source that Kaye had been filming. We also heard from another source that Kaye had been involved in some sort of hanging scene. We haven’t heard any more details about Stoneheart, so it’s not clear what the circumstances of the scenes are that Kaye is involved in. You may recall from the season six casting call, there are new outlaw characters in play, and it’s possible that Thoros might be connected to them.

Now the question is, are there any other Brotherhood members returning, like the archer Anguy? Is their often-dead leader Beric still walking around or is someone else leading the outlaws now?