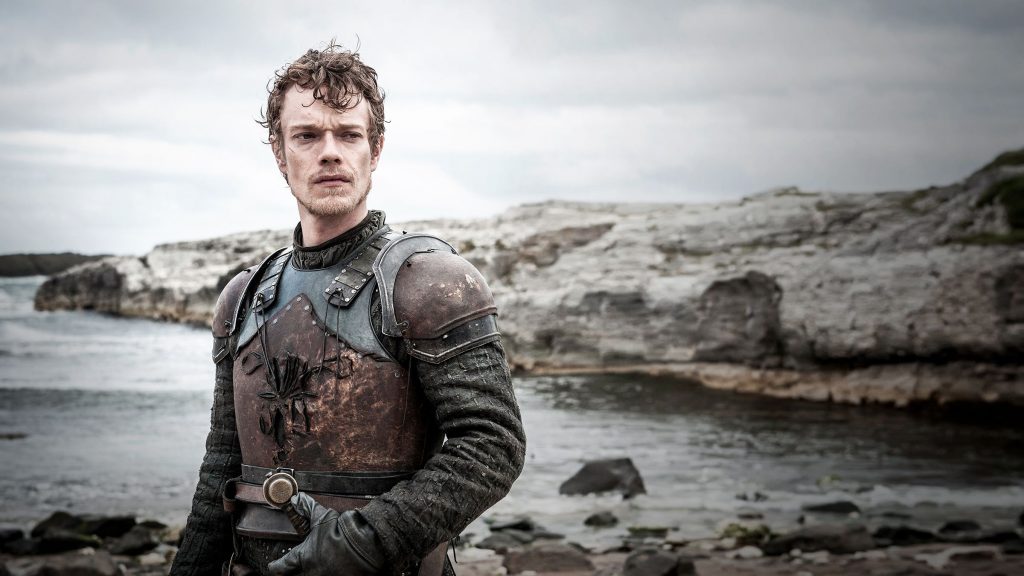 The highly anticipated seventh season may still be months away but the cast is already talking it up with excitement! At the Malta India Fan Convention, Alfie Allen (Theon Greyjoy) teases fans with hints of what we can expect from Game of Thrones season 7.

Allen boasts about the newest season and what we should prepare ourselves for “More of the same…but better! More dragons; more torture!”

I’m always down for more dragons, so bring it on! Hopefully the torture won’t be at Theon’s expense; hasn’t he been through enough?

As for Theon’s current emotions and where it could go in the future, Allen describes him as “Skittish and full of fear…Basically, and then that can kind of, I guess, evolve into rage, which you might see…who knows?”

Who will that rage be directed at next season? His uncle Euron? Or maybe a certain bastard after their intense reunion, or his fellow Ironborn?

When asked how Theon will feel when he sees Jon Snow or Sansa again, Allen corrected the audience. “You mean IF that happens,” Alfie said. “Gotta stop looking at the internet, guys!”

He did go on to answer the question as though it were hypothetical. If Jon and Theon meet again, “I would say, [Theon] would feel horrible. He’d feel awful. And he’d see it as a chance to redeem himself.”

So maybe he won’t be enraged at the new King in the North? Or maybe his new title will dredge of those Robb feelings Theon’s been without for so long.

After saving Sansa, I’d like to believe Theon won’t go against the Starks again but again, this is Game of Thrones. His new allegiance to the Dragon Queen may mean he has to turn his back on the wolves should they disagree.

Check out the full video below:

What are your thoughts and speculations? Let us know in the comments! Thank you to WotW reader Rex for sending the video in!