Sophie Turner on Sansa's Future and the Threats of Season 7 | Watchers on the Wall | A Game of Thrones Community for Breaking News, Casting, and Commentary 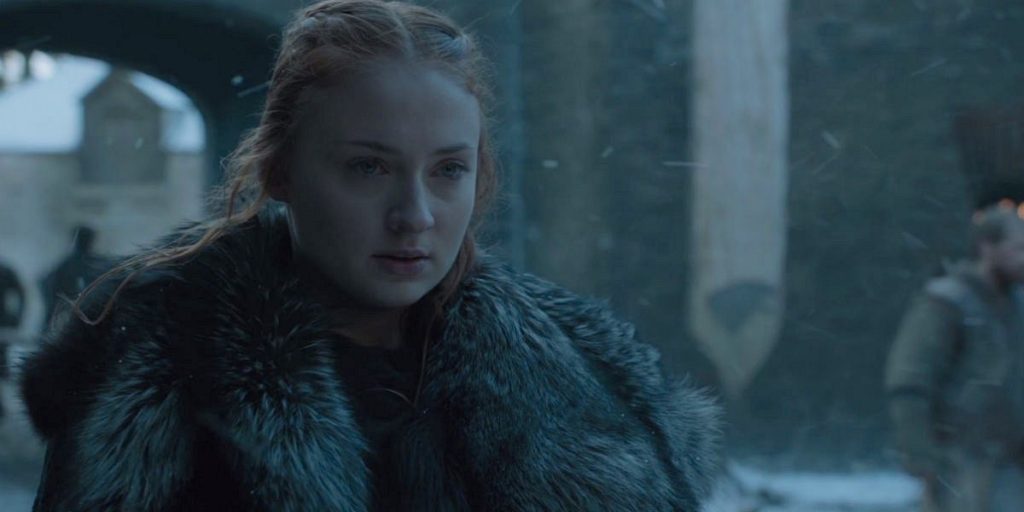 The new year of Game of Thrones is a long way from premiering but the promotion machine is already revving up with Sophie Turner talking to Entertainment Weekly today about Sansa’s turn in season 7. We last saw her character safely at Winterfell in the season 6 finale, but Sansa looked to have reservations about her (supposed) half-brother’s new gig as King in the North. So what’s next for the eldest Stark girl?

“She’s seemingly in control for the first time – and it really suits her,” the actress tells EW. “She’s kind of having a bit of a power trip. But she’s also becoming more insecure, because there are threats to the power that she holds.”

Interesting! Could those insecurities and perceived threats have anything to do with the spoilers we shared a couple weeks back?

But don’t let the potential angst bother you too much because it can’t be worse than Ramsay, right? And there’s still more teases forthcoming from the actress.

“What overall excites me about this season is that main characters are coming together and it feels like things are ramping up,” Turner says. “It’s really exciting and all feels like it’s coming to a big conclusion.”

So the question now is, when she refers to “main characters…coming together,” is Turner referring to people in other storylines or is she including Sansa? Season 7 is still far off, and the hype machine is working very well, I’d say.