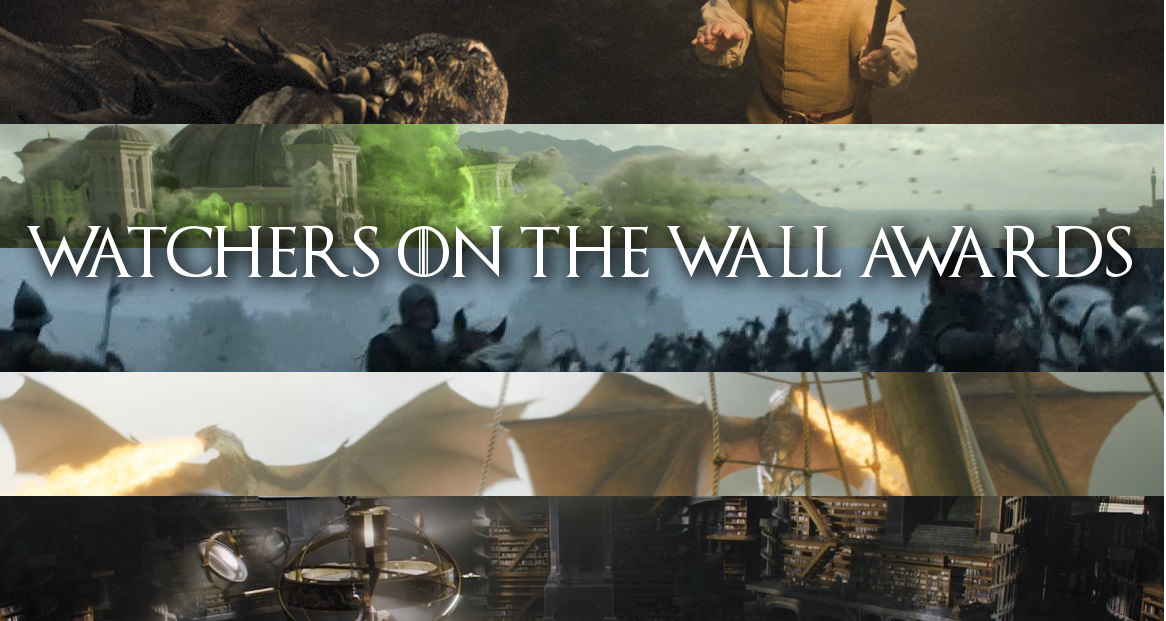 Deep into the final round of the Watchers on the Wall Awards, and we’ve reached Best Visual Effects Scene, celebrating the dazzling skills of the world-class artists who create some of Game of Thrones’ most remarkable scenes. Fans aren’t the only ones who take notice; Game of Thrones has won the Emmy for Outstanding Special Visual Effects for the last five years, the most recent award this past Sunday. With that kind of cred, we’re spoiled for choice every year when we sit down to choose our favorites.

WotW readers chose their top 5, and the time has come for everyone to make their final decision: what was the ultimate visual effects sequence of Game of Thrones season 6? The finalists are:

Tyrion gets up close and personal, and frees the dragons.

Baelor’s sept explodes, thanks to Cersei and wildfire.

Dany rides Drogon, and her dragons soar in the Battle of Meereen, raining fire on the slavers’ ships.

Sam beholds the great library at the Citadel.

Horses crash into each other in the chaos of the Battle of Winterfell.

You can see how the voting shook out in round 1 of this category HERE.

Final round rules: Cast your vote for the winner in our Best VFX Scene poll. In the finals, unlike the preliminaries, fans have one vote to cast in each category. At the end of 72 hours (Sunday 9/18/16 at 6PM EDT), the scene with the most votes will be the winner! The results of the poll will be revealed during the live Watchers on the Wall Awards ceremony, which will take place in early October. Specific date to be announced in the near future!