[Updated!] Sophie Turner spotted filming at Winterfell with a visitor rumored | Watchers on the Wall | A Game of Thrones Community for Breaking News, Casting, and Commentary 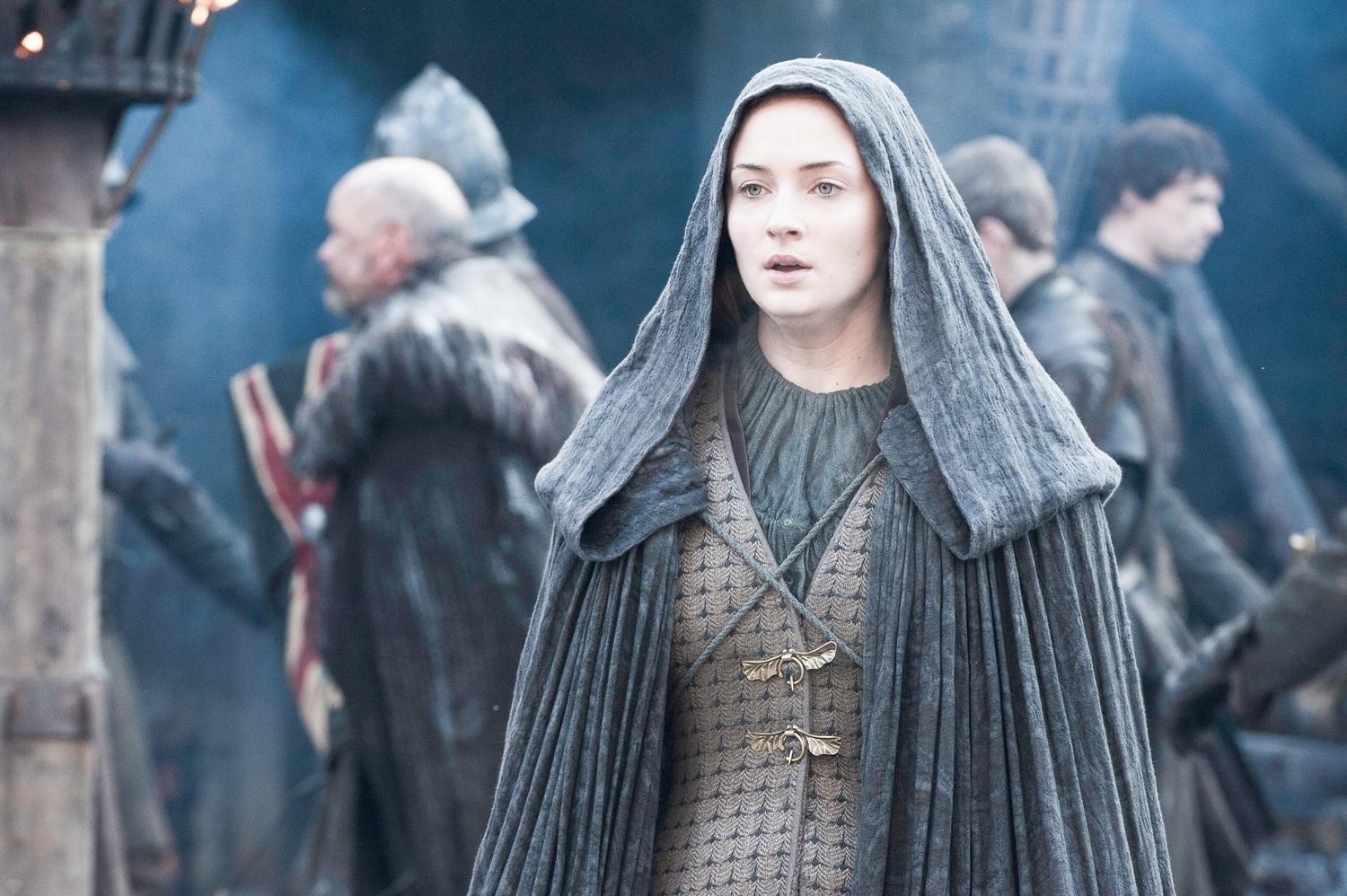 Sophie Turner in the season 5 finale

The Game of Thrones set in Moneyglass, Northern Ireland, became active again this week with cameras rolling for season 6. Last year, the location stood in for Winterfell and it appears it’s serving the same purpose this season, thanks to information from Twitter users. Locals have run into crews and the ubiquitous pink signs in the area, and now a star of the show has been seen.

Unsurprisingly, Sophie Turner was spotted around the location. Her character Sansa was last seen jumping off the walls of Winterfell so it’s reasonable to speculate we may next see her close to those walls, continuing the scene. Where she goes from there remains to be seen. We’ll keep our eyes peeled but security is tight at filming locations.

Based on the Twitter sightings of locals and visitors:

Plenty of filming going on today at #Moneyglass #GoT

@WatchersOTWall spotted sansa stark and confirmation that they were actually filming.

@WatchersOTWall yes the winterfell set , we’re not allowed to go inside we were able to see the set though. pic.twitter.com/IyJQ0jhv2t — Vivek (@vivek_mogal) July 31, 2015

Now here’s something interesting (scroll past the gif if you’re fine with potential spoilers):

@WatchersOTWall we may have spotted catelyn stark as well, not sure though, even we couldn’t believe it. But she might have been there. 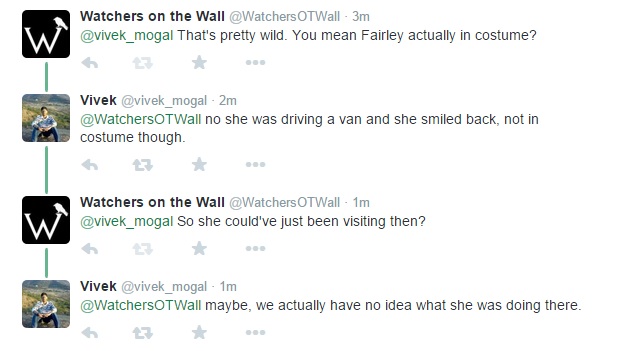 It’s entirely possible Michelle Fairley stopped by the set for a visit. She’s from Northern Ireland, after all, and Sophie Turner was her TV daughter. Perhaps they were just catching up? Still, if it was Fairley, it is nice to imagine Catelyn being back at Winterfell, if only for a Bran vision or two.

UPDATE: False alarm! I’ve checked in with some trustworthy sources and they confirmed that Fairley was nowhere near the Moneyglass set. Given Michelle Fairley is starring in “Splendour” at the Donmar Warehouse in London, it also would’ve been quite the stretch, traveling-wise. Ah well!