Season 8 Pre-production Underway at Game of Thrones Location in Northern Ireland | Watchers on the Wall | A Game of Thrones Community for Breaking News, Casting, and Commentary

Sansa at Winterfell, in tonight’s episode “Beyond the Wall”

With Game of Thrones season 7 wrapping up next week (nuts, right?!), our eyes are naturally looking ahead at the future, toward season 8. Thankfully, the show has jumped right into pre-production for the final season so there will be little lag time between the end of season 7, and the beginning of the filming of the next. The show’s first AD mentioned he’s already at work on season 8, and Nikolaj Coster-Waldau has confirmed filming will resume in October, which means that the hard-working crews of Fire and Blood Productions are already back at it in Northern Ireland, where most of Game of Thrones’ magic happens.

Driving by the longtime exterior location used for Winterfell, he snapped a photo of the pre-production in progress. Catháir‏ notes that “there appears to be construction work at Winterfell set. Second pic (today) shows front wall removed.”

Just to get a closer look- 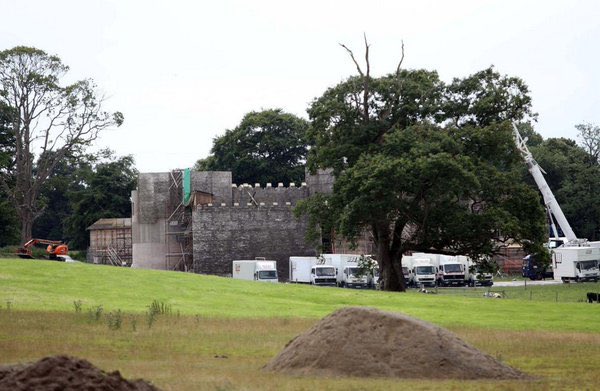 And the Moneyglass set as it stands today: 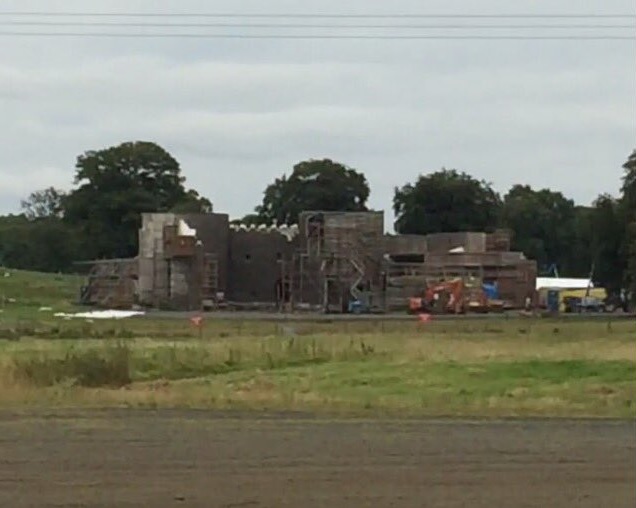 Thanks for providing the photo and info, Catháir‏!

Though it’s a bit grim that we’re nearing the end of season 7 already (damn you, shortened season!), it’s a nice pick-me-up that we’ll have an exciting filming season to look forward to, soon enough!