Game of Thrones assistant director talks about the challenges of filming "Eastwatch" and handling Gendry's return | Watchers on the Wall | A Game of Thrones Community for Breaking News, Casting, and Commentary 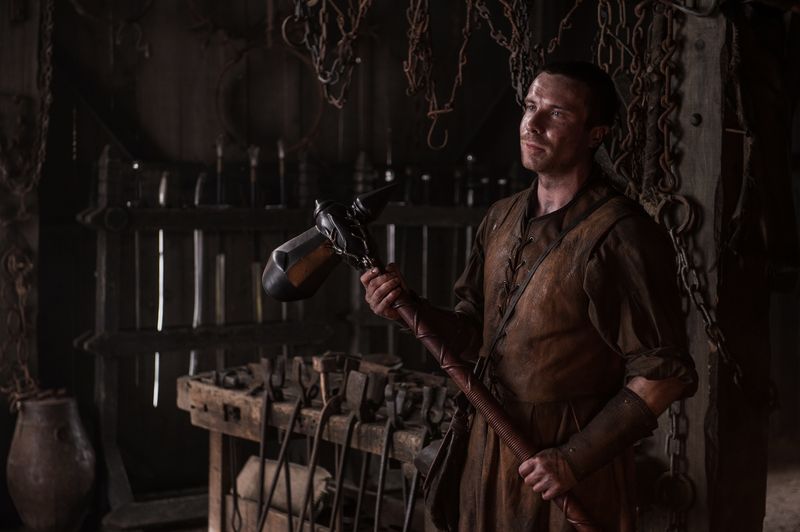 Game of Thrones‘ first assistant director Charlie Endean spoke to The Verge about the various ends and outs of his vital but, by his own admission, “unusual role” on the show.

In his interview, Endean explained  – for those in the back unfamiliar with the behind the scenes logistics of television production *ahem*-  just what his job entails on a show like Game of Thrones.

“You want to ensure that the director’s perception of the script is visualized to the highest standard. You also want to make sure that you protect the production, and bring that vision in on time,” he said. “So it begins by breaking down the script, scene by scene, beat by beat, into its component parts. That could be anything from what’s written on a scroll in a character’s hand, and whether you see the writing, to how long a section of pyrotechnics rigging will take to set up, and then how much the aftermath of an explosion will take the art department to dress up.”

Endean offered a few anecotes about the various challenges he and the rest of the crew encountered during production for “Eastwatch.” Jon Snow’s bonding moment with Drogon, for example, was quite a difficult scene to shoot. In addition to the obvious challenge of having to regard a green ball on a stick as if it’s a dragon, Kit Harington had to be put in a harness attached to a rope because the strong winds whipping about on set coupled with his heavy cloak, put him very real danger of getting turned “into a human kite.”

Endean also discussed Gendry’s long-awaited return, and how his reveal was intended to be built up to with a bit of mystery. “[Y]ou wouldn’t just reveal him in an obvious way,” he said. “You wanted something with a little tension and allure.”

He also dove into the lengthy process of designing and building Gendry’s battle hammer, giving us a sense of just how much manpower and effort goes into every aspect of this show:

“They make real versions that are metal and weighty, so they’re perfect for close-ups, and then rubber versions of different weights for different fight sequences,” he said. “With anything that’s going to be seen repeatedly on the show, Tommy would offer up multiple designs for feedback, and then a mock-up will be made and sent around to the various departments. So stunts would feed back on whether it’s the right weight, or it’s long enough for the fight sequences that have been planned.”

Looking forward, Endean talked about season 8, which he’s already working on and how a seven year journey has fine-tuned the production team into a well-oiled yet amicable machine.

“One thing you can say going forward is that on Thrones, you feel like you’re working with the best of the best,” he said. “You trust the people around you, because at this stage, they’re friends as well as colleagues … That said, you are always being challenged by the writers on Thrones. They look after their characters so well in the writing, but the challenges and sequences get bigger every year. So although the teams are strong, what’s being asked of them each year is more challenging. But that’s great! It keeps you interested.”