Tom Hopper talks Dickon jokes, Jane Goldman says what she can about spin-offs, and cinematographer Robert McLachlan keeps Kit Harington's feet on the ground | Watchers on the Wall | A Game of Thrones Community for Breaking News, Casting, and Commentary 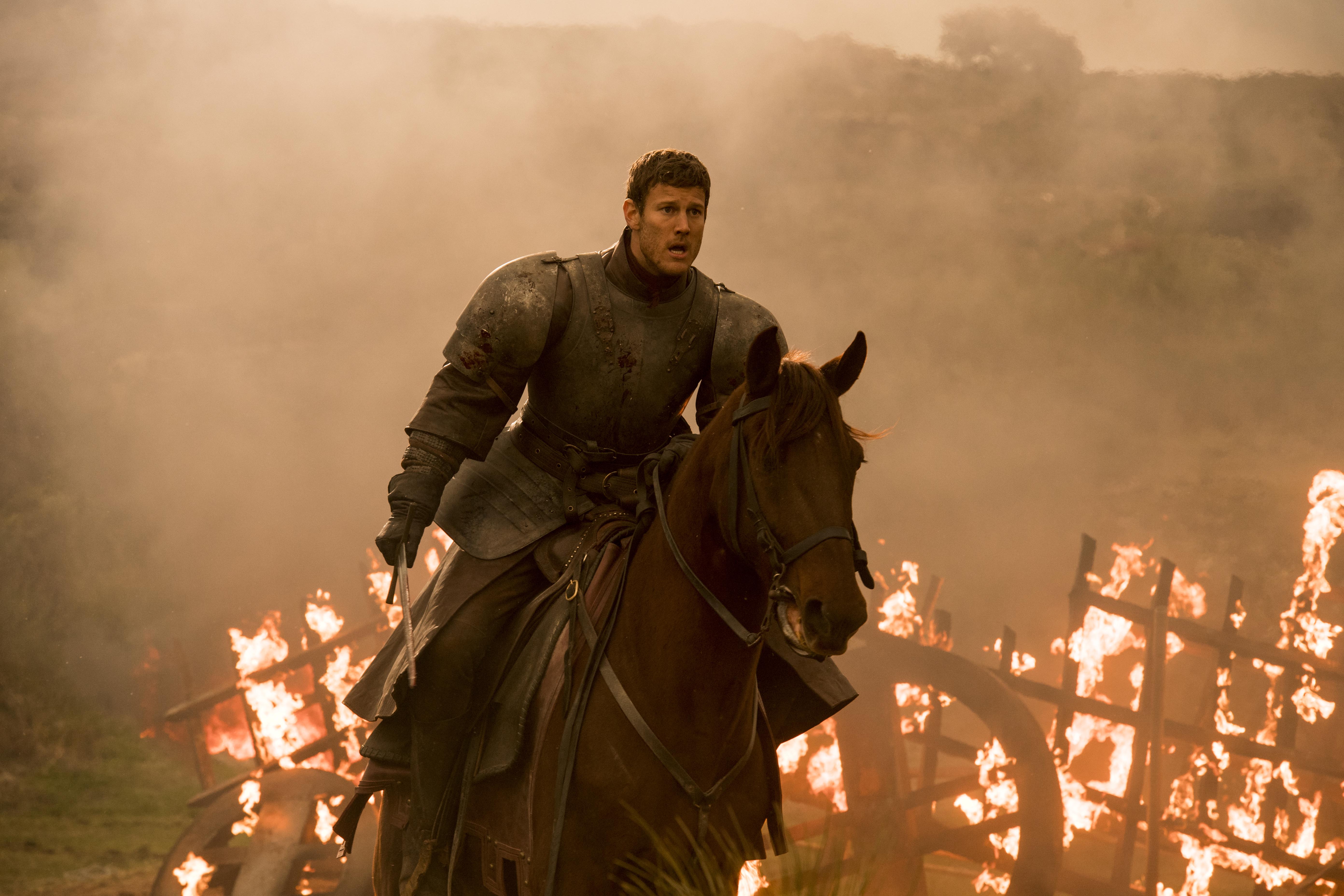 Tom Hopper has heard all of your Dickon jokes.

When Tom Hopper took a role on Game Of Thrones, he had a sneaking suspicion he wouldn’t be long for the world because, after all, “it was Game Of Thrones.”

“It’s fine, because I think you go into a show like that, and as long as you have a good run, you get a few episodes out of it, it’s great, it’s a bonus,” Hopper, who played Dickon Tarly, said in a recent interview with Elle. “I had a great time on it, and I had a few episodes there where I got to do a lot of good stuff. I was very fortunate, I thought.”

Despite his limited screen time, Hopper became a fan favorite — mostly because of Bronn’s belly laugh when Dickon introduced himself and his role as Billy Bones on Black Sails. The two provided ample fodder to the internet for numerous, er, adult puns.

“There’s ones on [Dickon’s] name, and there’s the intensely gratuitous things that have been said about his name and linked to me,” he said. “With Billy Bones and Dickon, between the two it’s the funniest name you can make. It’s been great and really fun to see that reaction.”

What’s next for Westeros

As the most-watched show in its history, HBO can’t be blamed for wanting to capitalize on the popularity and explore the option of a spin-off. Currently, there are four in development for the network, although there’s no guarantee any will make their way to the small screen.

Jane Goldman, known for writing Kingsman: The Secret Service, X-Men: First Class and Kick-Ass, is writing a pilot for one of those spin-offs and spoke with IGN about the process so far – or at least, what she could say about it. 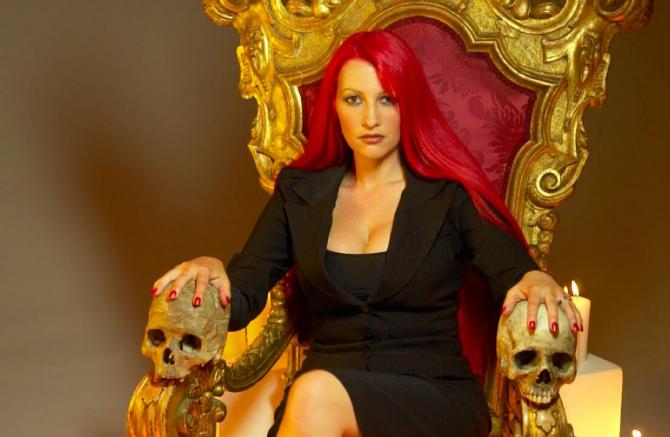 “I think as a book reader or as someone who watched the series, you would say, ‘Oh, that! OK,'” she said. “Yeah, it would be recognizable as a past event, but I think that’s probably as far as I can go.”

She added that the magic and supernatural creatures that Thrones viewers love might certainly might be a part of her spin-off, since they’re things “that exist in the universe that George has created” and “that’s an aspect that I love.”

“I’m sure there’s an element of that in anything that’s being developed but, yeah. I feel like I’m saying way too much! I can say absolutely nothing,” Goldman said.

The perils of production

With a scale of production that keeps getting bigger each season, Thrones has a crack team behind the camera to keep the battles epic, the costumes gorgeous and the sets beautifully crafted.

Emmy Award-winning cinematographer Robert McLachlan is one of those behind-the-scenes faces, and he spoke with Kim Renfro at Insider recently about everything from Thrones getting darker — literally — to the perils of shooting a scene cliffside. 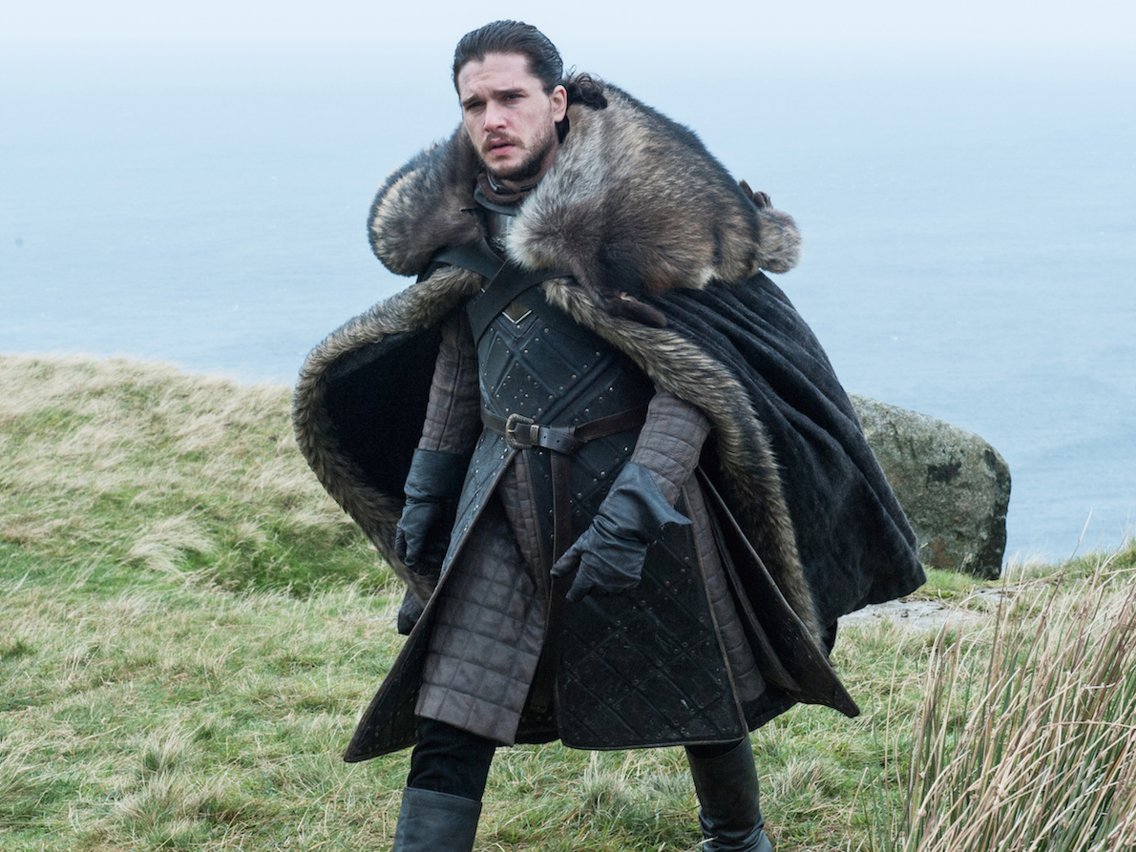 “I think the show has gotten darker over the years,” he said. “If you watch season one again, there’s a lot of unmotivated backlight. Even day exteriors, you can tell that they’ve been lit. The cinematographers who’ve been doing it since then, I think we’re all very much on the same page where we’re trying to be as naturalistic as possible.”

McLachlan also talked about the challenges of filming in a studio versus out in the elements — and how star Kit Harington had to be literally tied down for an iconic shot.

“A great case-in-point is the one where Jon’s on the bluff [at Dragonstone] and Dany comes in and Jon meets the dragon,” he said. “The problem … was that there was a howling gale blowing, and it was blowing towards the ocean off the land. In fact, it was blowing so hard that we had to put a safety cable on Kit Harington when he was meeting the dragon because his cape, which is very heavy fabric, was about to turn him into a kite. We were afraid it would blow him right off the cliff. I’m not kidding. It was that windy.”

I mean, JEEEZE, one pet of a dragon and he thinks he's one of them. 🤦‍♀️ #youknownothingjonsnow #butyoudoknowhowtonotgetblownoffacliffingaleforsewindssotheresalwaysthat 🕺 #everypunaboutwindicanthinkofinserthere 💨