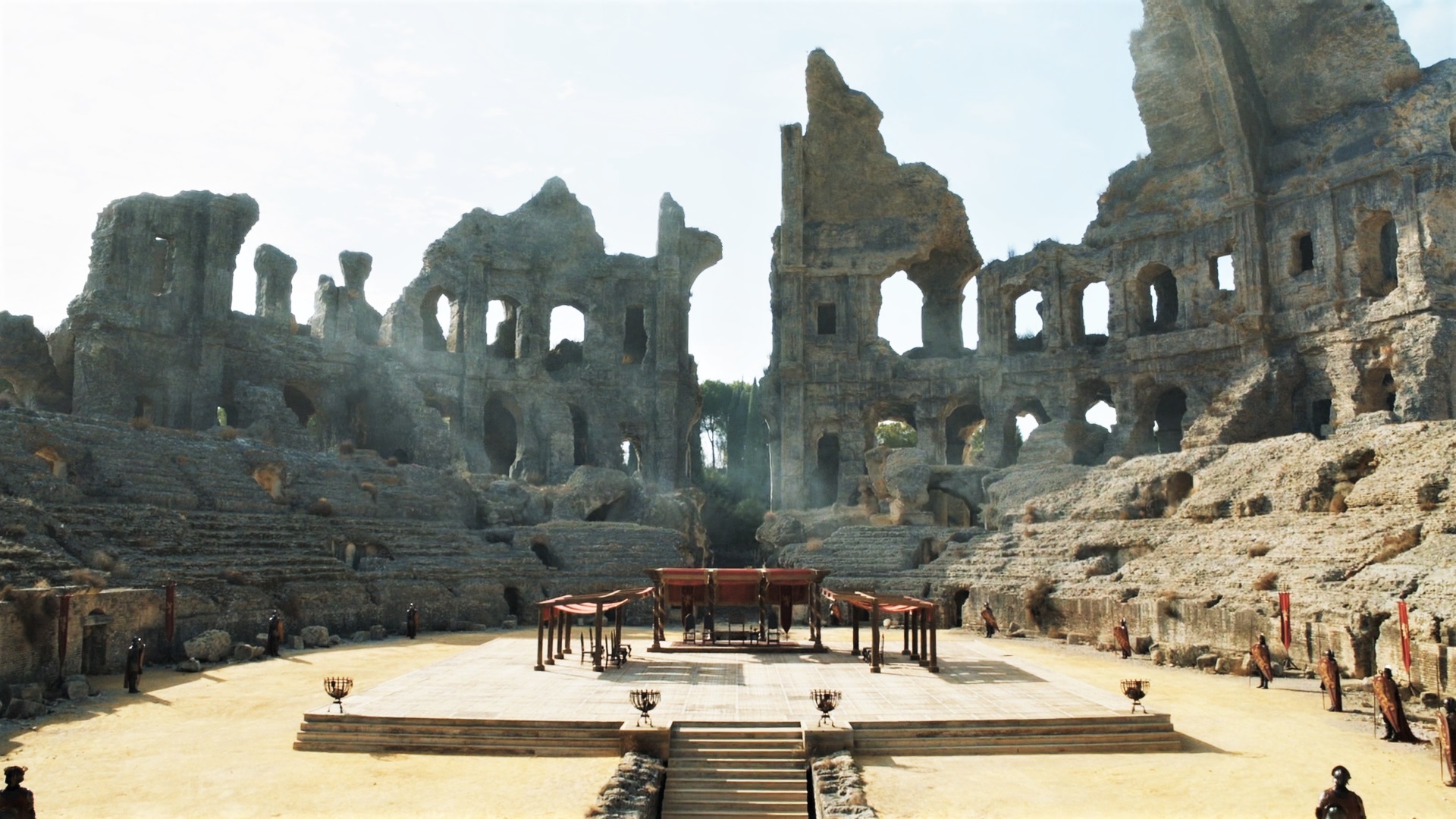 The Dragonpit was one of the most exciting settings in season seven, not least of all because it reunited many characters after a long absence and had many others meet for the first time. The tense climactic parley therein may also have something to do with it. That’s why it was so wonderful to learn that the Roman ruins of Itálica in Seville, Spain, would be revisited in season eight, and so soon, too. Today, the news get even better, as we just got word that filming will begin sooner than expected—and run for much longer!

Though last we heard the archaeological site would be inaccessible from May 3 to 18, pointing to about two weeks of shooting, we now know this wasn’t quite the whole story. As Los Siete Reinos reports, via EFE, the shoot is being “brought forward and extended”: filming in the Roman ruins will begin on April 23 and continue until May 19 (though the site will remain closed to dismantle the set until May 28, which is a strangely long time to clear out.) That’s almost a four weeks shoot, four times the time that was spent in Itálica for season seven. And that Dragonpit sequence wasn’t a little thing, if you recall!

Work to turn this location into the Dragonpit is underway and will be finished just before shooting begins. Though much of the focus may be on the amphitheater, it can now be deduced that it will extend beyond it, just as it did in “The Dragon and the Wolf.”

This will be the longest shoot in Seville. The only time production lasted longer in Spain was at Malpartida, for the battle in “Spoils of War.” That’s quite a comparison! We don’t know what will take place in these new Dragonpit scenes, but it must be something big, whether it’s in screen time or size, as it’s going to quadruplicate the production time of the season seven sequence, which accounted for more than 25 minutes of the finale.

For those expecting a battle or a ceremony of some kind (whether it’s a wedding, a coronation, or something else), I’m afraid that’s very unlikely, as there has been no call for extras at all. Which makes this question all the more intriguing: what is happening in the Dragonpit that will take so long to film but won’t require anyone but the cast?