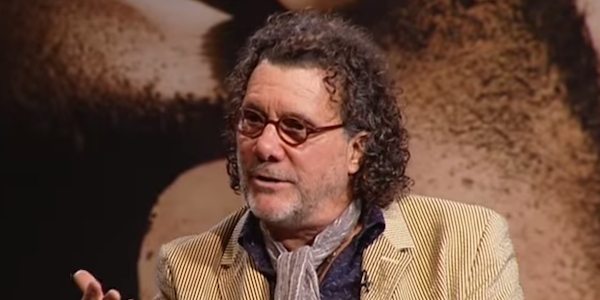 After recently being announced as a director for the upcoming season of Game of Thrones, director Jack Bender (Lost, The Sopranos) confirmed he read an advanced copy of The Winds of Winter in his recent AMA (ask me anything) on Reddit.

UPDATE: A very reliable WotW source has confirmed to us that Bender hasn’t seen an advanced copy/draft of The Winds of Winter, and must have confused it with the season 6 outline when answering the question.

Having directed a whopping 38 episodes of Lost, naturally that came up quite a bit, but Bender also took the time to answer questions relating to the upcoming season 6.

When asked if there was ANYTHING (emphasis on the caps) that he could tell us about season 6 he said:

Yes. OH! There’s a helicopter! I just said everything, you just couldn’t hear it!

Bender also confirms he was asked earlier to direct for Game of Thrones but due to scheduling conflicts, he couldn’t until the upcoming season:

Someone asked why I decided to direct Game of Thrones this season: Yes, I was approached to work on a prior season early on, and unfortunately I couldn’t because of my schedule and other commitments – because you have to commit a REALLY Long period of time to do two episodes. And it seemed like this was the right time. It was definitely something I was flattered to be asked again, and I’m very excited to do.

So maybe it’s too hopeful to expect any specific details about next season. However, the news of the advanced draft is extremely exciting as it hints the book might be almost if not completely finished and is in its editing phases. If that’s the case, George R.R. Martin may in fact be true to his word that The Winds of Winter could be published before season 6 airs.

What do you think of the news of an advanced draft? What are your thoughts on Bender directing the new season?

He certainly seems enthusiastic and having seen his work in Lost, The Sopranos, and even the cult classic Child’s Play 3, I’m excited to see what he brings to Game of Thrones next season. – Nate