Another Kit Sighting, Production Moving to Ballintoy, Ship Filming Spotted and Faye Marsay Likely Returning | Watchers on the Wall | A Game of Thrones Community for Breaking News, Casting, and Commentary 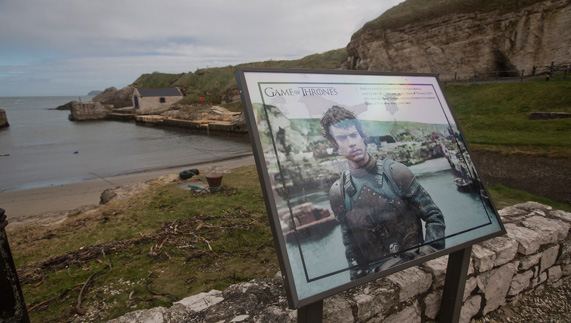 Game of Thrones production is scheduled to return to Ballintoy Harbour in upcoming weeks, according to @IrishThrones.

Game of Thrones has used Ballintoy Harbour for multiple locations, including the beach on which Melisandre burned heretics in season 4. However, the scenic harbour most famously served as the Isle of Pyke, specifically as Lordsport and the site of Theon Greyjoy’s baptism during his ill-fated trip home in season 2. 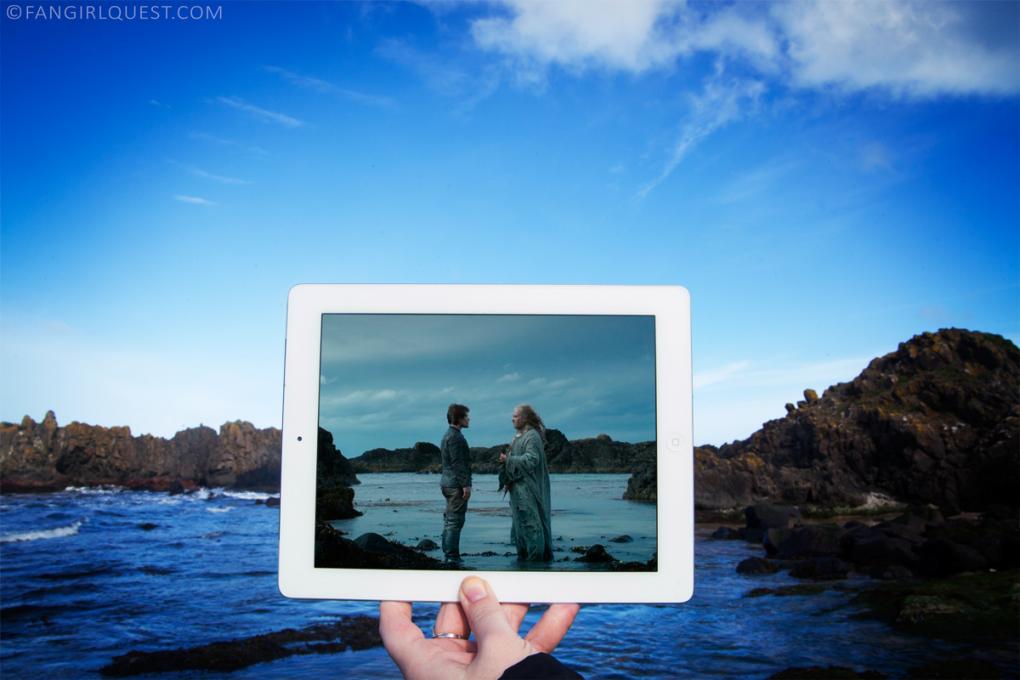 Given Game of Thrones’ propensity for recycling locations, production could be moving to Ballintoy Harbor to film any number of beach scenes. However, considering Gemma Whelan‘s (aka Yara Greyjoy’s) sighting in Belfast with other cast members last month and the probable casting call for (and potential casting of) Euron Greyjoy, there’s a good chance we’ll see a return to the Iron Islands in season 6 … perhaps for a Kingsmoot?

Meanwhile, at Linen Mill Studios in Banbridge, an onlooker spotted a ship with a green screen backdrop and a castle under construction.

In other news, Faye Marsay, who plays the Waif in the House of Black and White, appeared in a TwitPic taken in Belfast last Sunday with Maisie Williams and Sophie Turner. So, despite her apparent death (or … transformation into Jaqen H’ghar) in “Mother’s Mercy,” it seems that the Waif will be back in season 6. 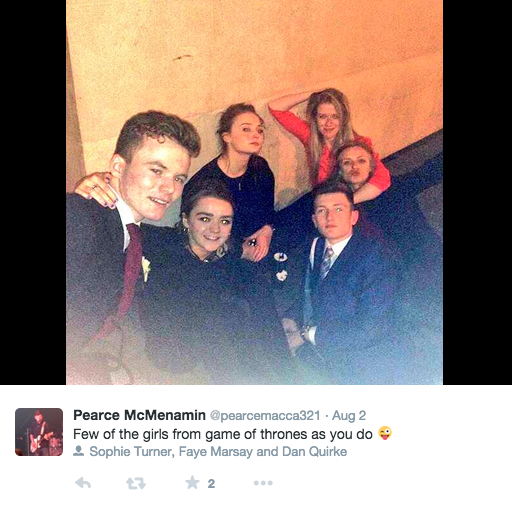 Lastly, @NiamhWeasley ran into Kit Harington and Rose Leslie with “other Night’s Watch people” at a Costa Coffee in Belfast. They refused pics but “are still really nice.”