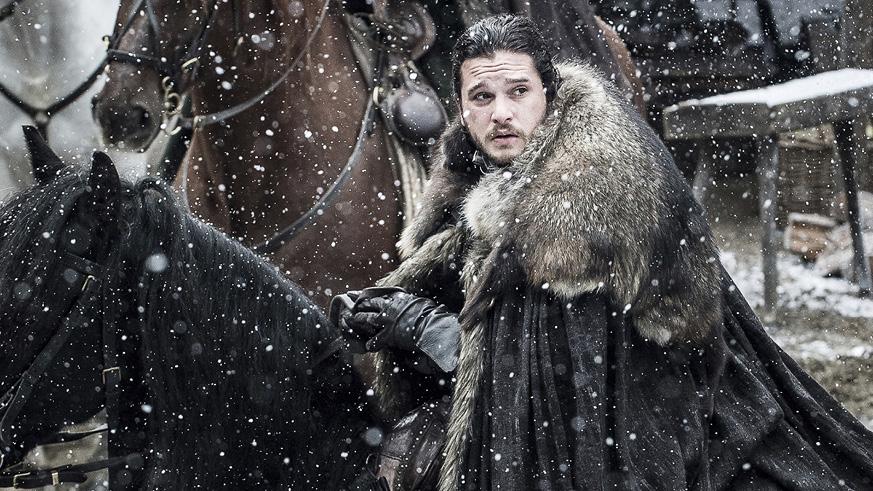 Riding the momentum of those photos from episode 1 and the anticipation for the red carpet premiere this evening, we bring you a collection of interviews with cast members  – including Kit Harington, Isaac Hempstead-Wright, Liam Cunningham, Gwendoline Christie, Gemma Whelan, Alfie Allen, Iain Glen, Jacob Anderson, Nathalie Emmanuel, John Bradley, Conleth Hill and Hannah Murray – as they discuss the pace of season 7, Jon and Sansa’s relationship, Theon and Yara’s shared screen time, why Game of Thrones is so popular and how actors avoid giving away spoilers (not that we’d mind if they did).

The Hollywood Reporter interviewed the cast of Game of Thrones about what fans can expect from season 7. Much of their responses were variations on a theme: the pacing is faster, unexpected storylines will be interconnecting and, boy oh boy, is the end game upon us. However, some of them offered particularly interesting tid-bits.

Liam Cunningham, for example dropped some pretty heavy hints: “I will say specifically the fire and ice thing with Jon and Dany and all of that business… people have seen the lady arriving, with all of her entourage. She’s hitting Westeros. Jon is in Westeros,” he said. “There’s an inevitability about this that nobody’s fighting. People are coming together … who’s coming together? I ain’t telling ya.”

And It’s always fun to learn how exciting the prospect of an accelerated season is for the actors themselves, as Isaac Hempstead-Wright related:

“It’s nuts,” he said. “We shoot with two units in Belfast all of the time, and every other day, it felt like some massive sequence was going on. Like, ‘Oh my gosh, where are you going?’ Then they’ll recount to you the massive scene they were about to go off and shoot. It was like that reading the script.”

Gwendoline Christie threw an ominous monkey wrench into the cast’s overarching promise for resolved characters arcs. “There are so many complex storylines that need to be resolved,” she said. “We’re also so invested in the story. We want some kind of resolution, even if it’s an unsatisfying one.”

Of course, the difference between an unsatisfying conclusion and a sad-but-well-earned conclusion is pretty subjective. Other actors wanted to assure us that the ending may be getting nearer (and in fewer episodes than we’re used to) but it’s going to be satisfying.

“If you know anything about the way TV works at all, you know The Sopranos did those two shortened seasons and Breaking Bad had that midseason hiatus,” John Bradley said. “As soon as you know you’re doing seven and then six episodes, you know just from the conventions of TV that things are coming to a head.”

Conleth Hill made a similar point. “[P]lease don’t feel cheated. Because you may think you’re only getting seven and six instead of ten and ten, but really, you were only meant to get ten episodes, not thirteen. You’re getting an extra three, rather than less.”

Hannah Murray said it feels like a “two-part final season.”

Kit Harington discussed some of the non-White Walker challenges Jon will be facing next season in an interview with IndieWire and reiterated that Jon and Sansa are really going to be butting heads.

“I think Sansa twists him in a way that no one else can. She infuriates him, she speaks up at times when it’s more helpful for him for her to not speak up. Essentially he’s got a problem: He’s leader, and she’s testing him, and as a leader you can’t have someone question you. But when it’s your sister there’s not much you can do about that. What are you meant to do? Punish your sister or execute your sister? So she’s a real challenge for him and she knows that. I think she’s infuriating to him and she knows that. But she knows she’s cleverer than Jon, in many ways.”

Gemma Whelan and Alfie Allen (who I genuinely thought was a suddenly-skinny Pilou Asbaek at first) gushed over each other and how much they enjoy filming scenes together … but wouldn’t say whether or not we can look forward to Yara and Theon sharing a lot of screen time this season.

Jacob Anderson, Iain Glen and Nathalie Emmanuel discussed the cultural phenomenon that is Game of Thrones and why people love it so.