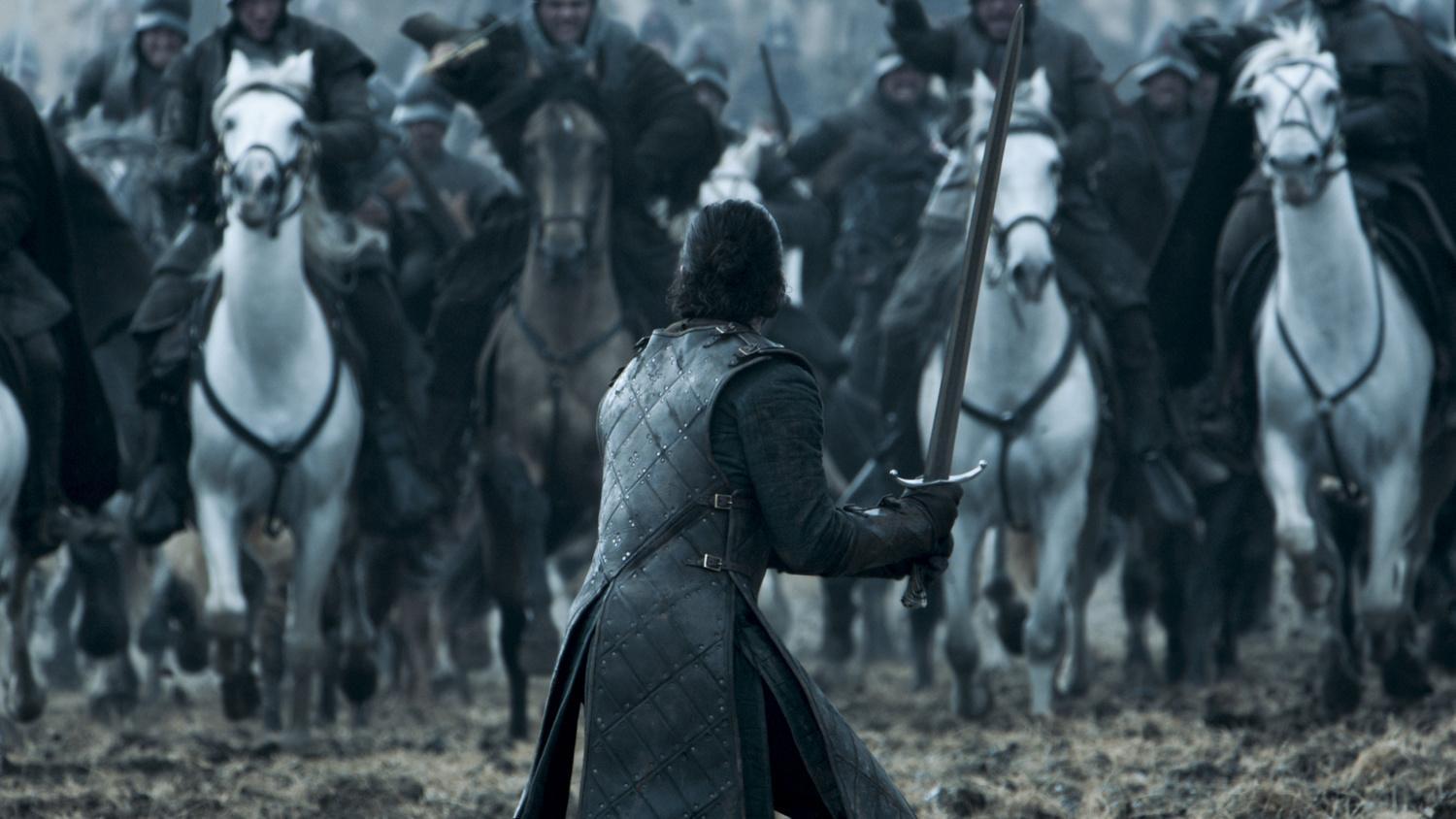 It’s hard to imagine a cooler professional title than horse mistress, but that’s exactly what Camilla Naprous’ role is on Game of Thrones. A member of the stunt horse company, The Devil’s Horseman, she is the woman behind the spectacular equine stuntwork in Game of Thrones‘ jousts, chase scenes and battle sequences. She recently spoke with Time about her career, the shifting status of television and what it was like handling 100 horses on set to film the Battle of the Bastards.

The way Camilla Naprous tells it in her interview, when she first stepped onto the set of Game of Thrones back during production for season 1, she expected it to be a one-time gig. She was hired to handle the joust scene in King’s Landing. Then one thing led to another and she “never returned home.”

Six seasons later, her role on Game of Thrones has become an integral part of production that has helped the show push the boundaries of what’s considered feasible for television. For example, 100 horses were used in seasons 6 and 7 each, which is extraordinary, not only by television standards but film standards as well.

“Because VFX is coming more and more into our world, on average if you do a battle, you get 50, 60 horses and they can add on for the rest,” Naprous said. “It was nice they actually said, ‘let’s get 100. Let’s match what Ridley Scott’s doing now, bring in 60-some men. Let’s challenge the feature films.’ And I think it’s great, and that’s what TV is doing so well. TV’s taking over where the movies aren’t.” 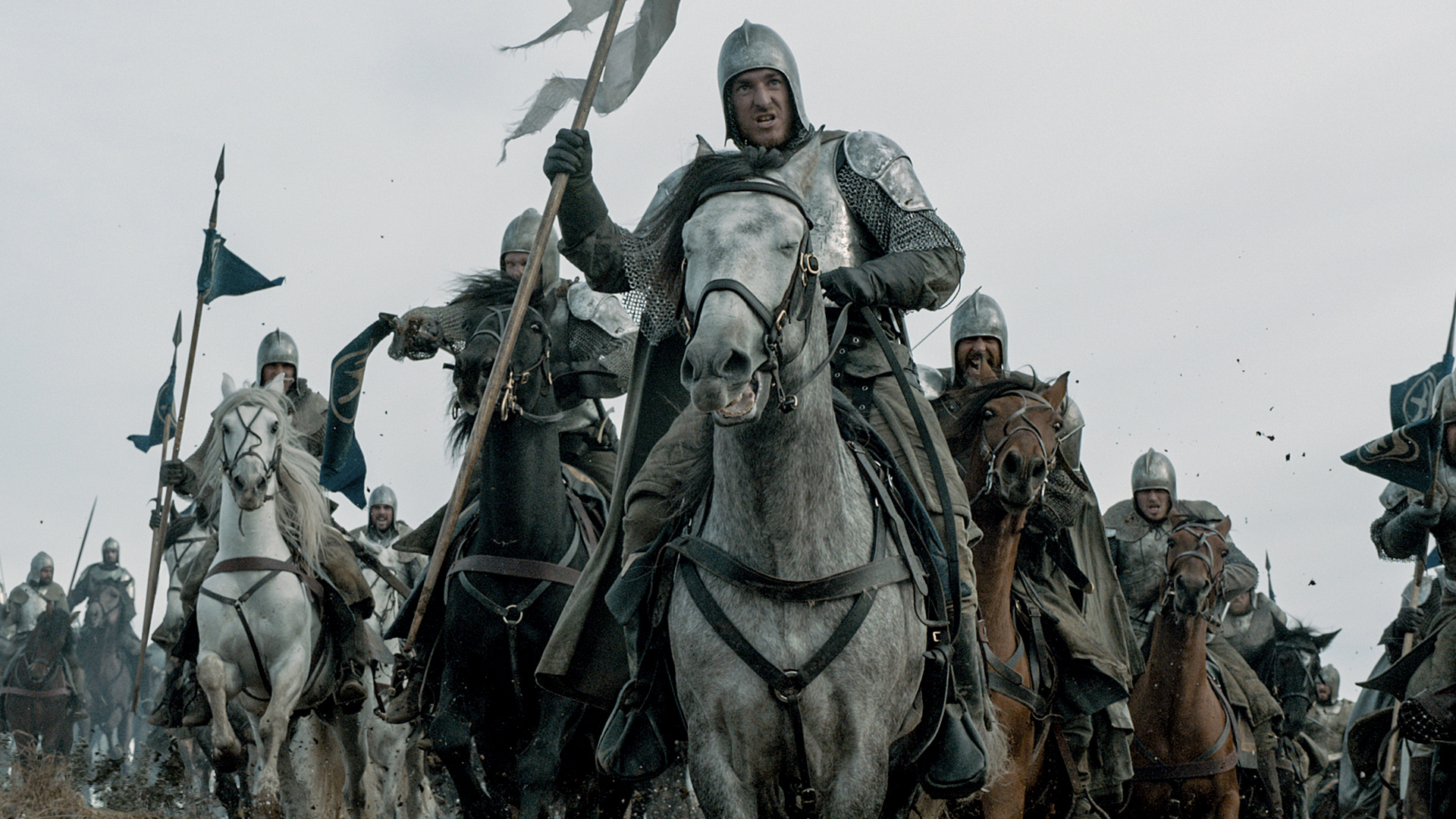 One of the major set pieces that placed Game of Thrones apart from other television shows – and, indeed, from many films – was last season’s Battle of the Bastards. As you can imagine, choreographing a field battle between two armies on horseback was an exceptional undertaking for Naprous.

[W]e choreographed the whole battle beforehand, Miguel [Sapochnik], the director, came and would show up at rehearsal, and he learned you do need to learn how the horses move and how you shoot them. Because if you haven’t shot them before – they’re not the easiest things in the world. Especially [in] a battle … I enjoyed it so much because we did go so full-tilt at it. Sometimes, you go on set and there’s a lot of waiting around. Miguel shot it every minute of the day he could. It’s a relief to go, OK, we have so many toys and so much money, we can actually get on camera and do as much as we possibly can. I want to achieve as much as I can before VFX comes into it.

One of her favorite parts of the job is getting to teach the actors how to ride, since she can’t be always be close enough to control the horses herself.

“That’s my main passion, actually, teaching people to ride. It’s such a short time, so it’s really nice to see the guys who really get on with it. Kit’s fantastic on a horse, Nikolaj is wonderful on a horse, and it’s lovely because they have the passion for it and they get it like I get it.”