HBO releases stills from episode 1 "Dragonstone" featuring Brienne, Meera, Cersei and others | Watchers on the Wall | A Game of Thrones Community for Breaking News, Casting, and Commentary 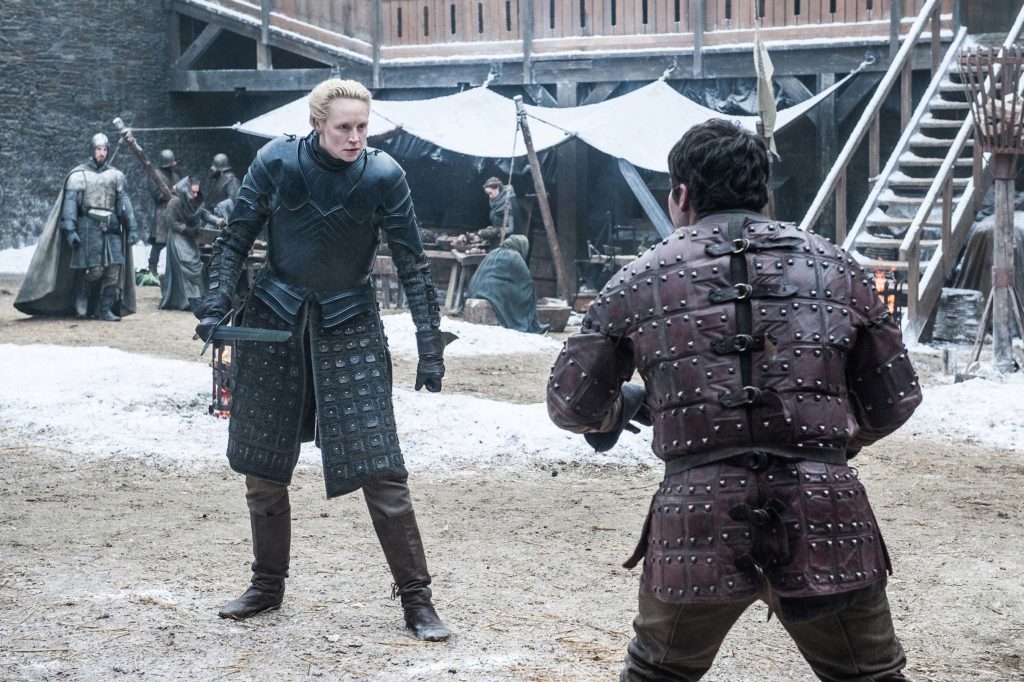 HBO has released has released stills from Game of Thrones‘ season premiere episode, “Dragonstone” photographed by the incomparable Helen Sloan. Though some of them retread familiar territory, a few offer a glimpse into where our characters will be kicking off season 7. So let’s get into it!

First and foremost we see Meera Reed, not in the wilderness, not pulling Bran behind her but at the Wall! While we figured from the trailer (and common sense) that she and Bran would return to civilization eventually, it’s nice to know that they’ll be reaching their destination in episode 1. 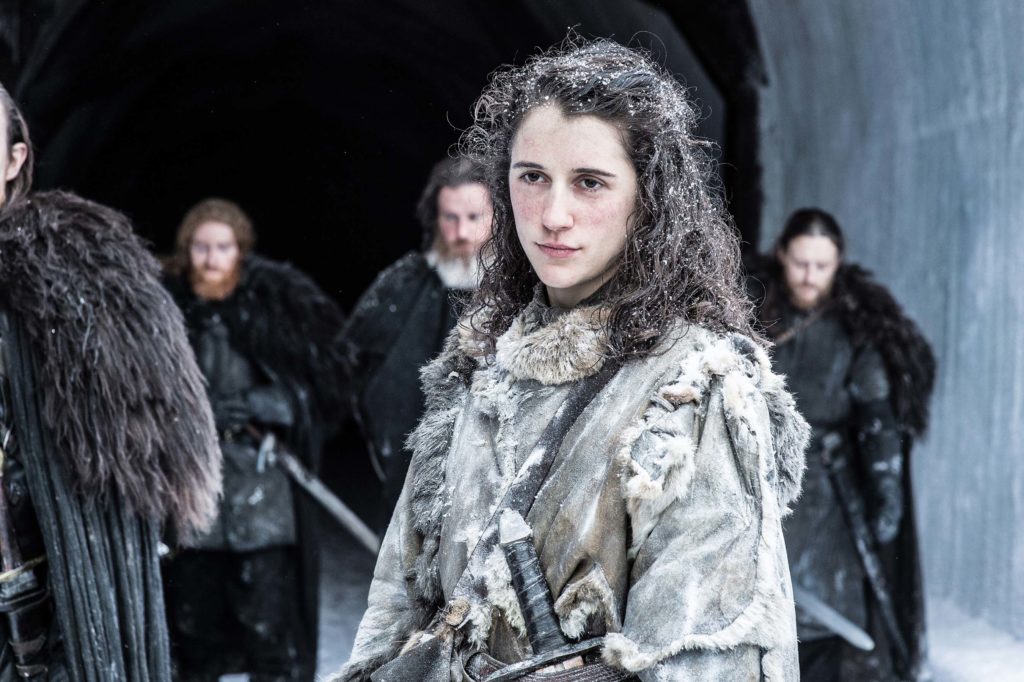 Speaking of the Wall, there’s shot of Dolorous Edd leading some men of the Night’s Watch with torches. Are they heading out to face some White Walkers? Or are they just jealous of Beric Dondarrion’s amazing flaming sword? We’ll have to wait and see. 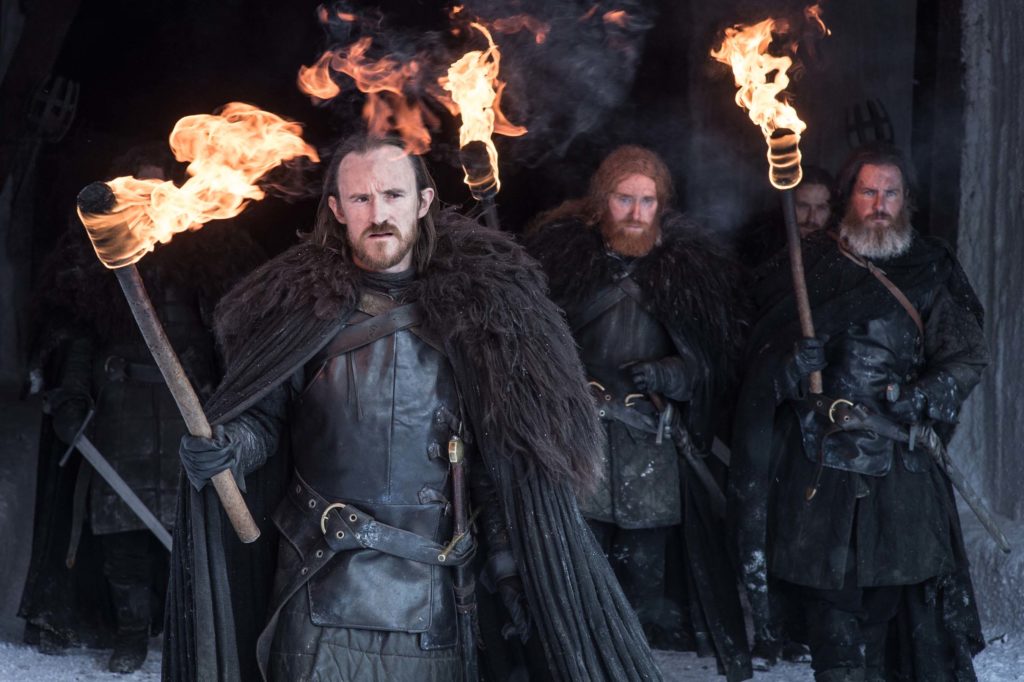 We also get a nice look at Brienne and Pod together resuming Pod’s training.

Next we have two stills from King’s Landing. We get a look at the poor sod commissioned to paint Cersei’s ginormous  map of Westeros and a nice shot of our Lannister Queen clutching a cup of wine (because why wouldn’t she be?) 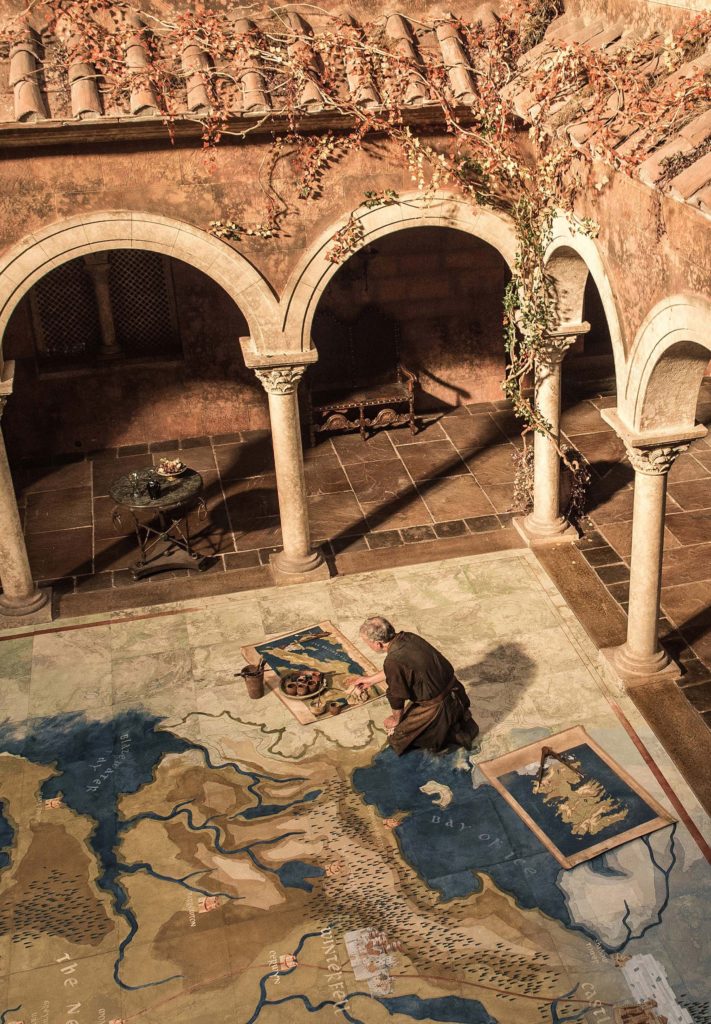 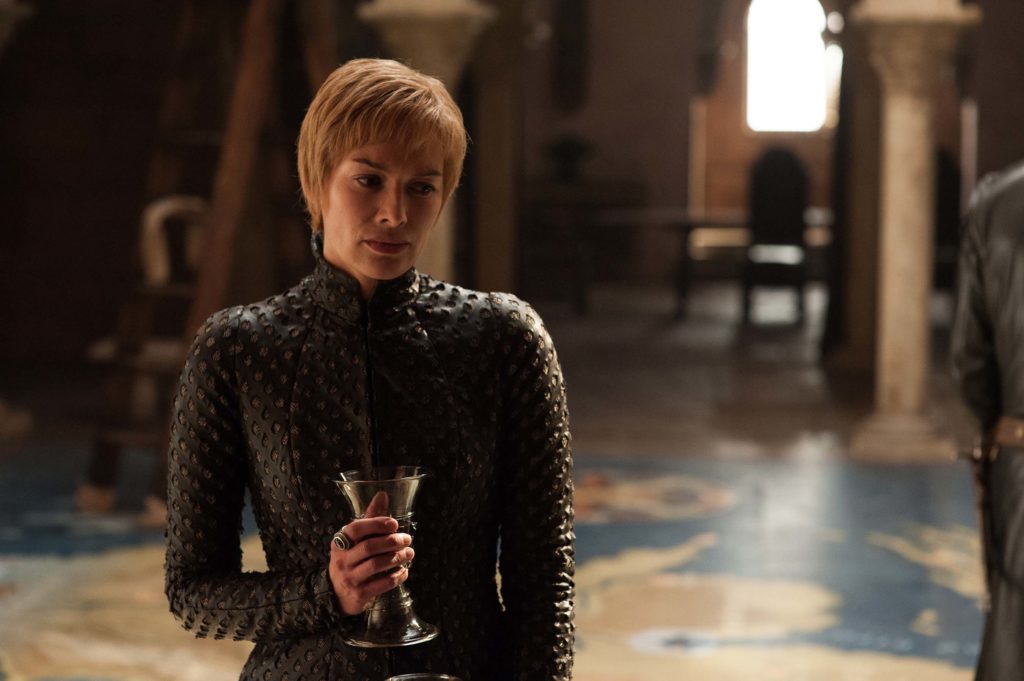 Then there’s another still of Lyanna Mormont. It’s a variation of the other ones we’ve seen of her, but from another angle, so it offers no new information as to the context of her scene. But hey, now we know Lyanna will be definitely be appearing in episode 1. 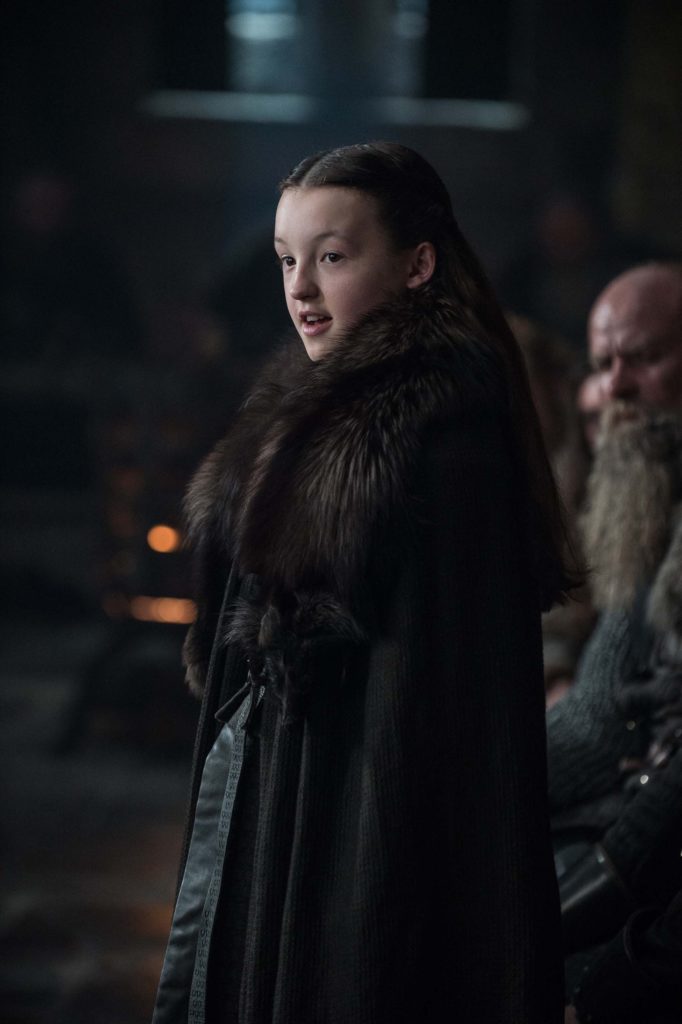 Last but not least, we have two stills of Daenerys arriving at on Dragonstone. Though we’ve seen quite a lot of coverage of Daenerys in Dragonstone thus far, it’s understandable: this is the Mother of Dragons returning to her ancestral home. It’s kind of a big deal. 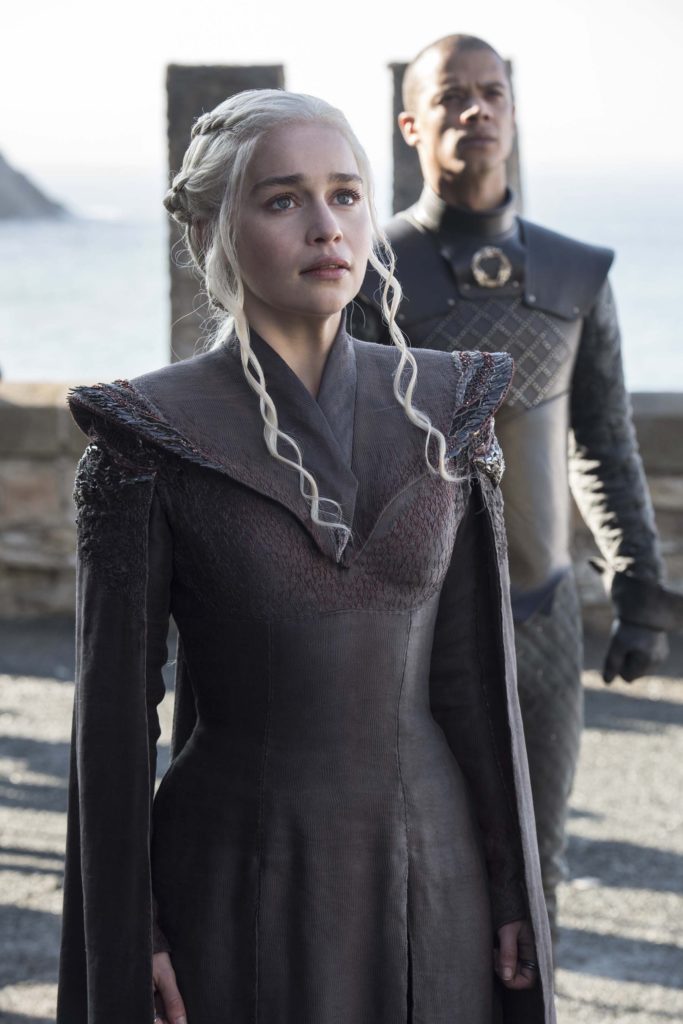 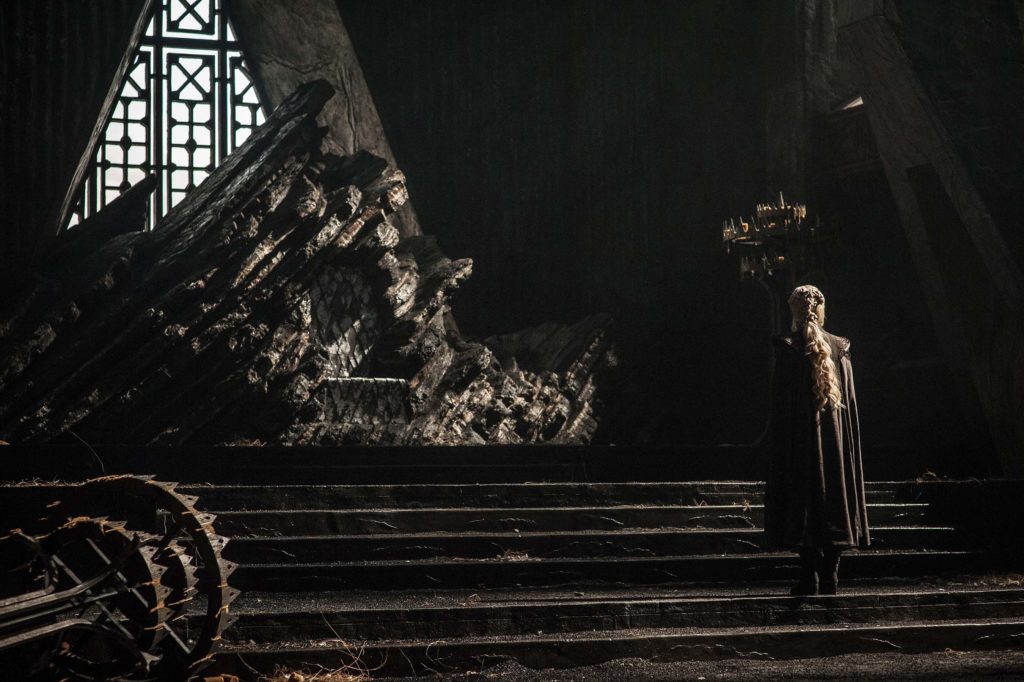 So, what do you think of the stills? Are there any characters we haven’t scene yet you’re eager to get a first glimpse of in episode 1? Tell us about it below.