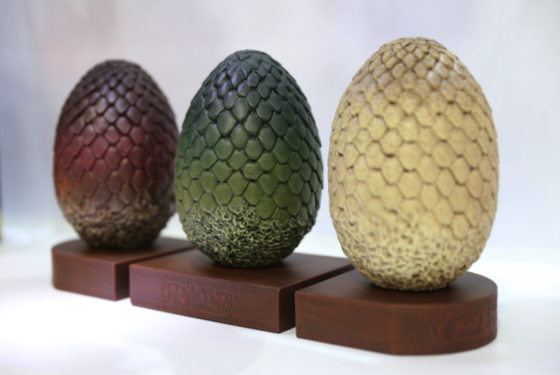 San Diego Comic Con kicks off this week and with it, Game of Thrones has launched several new items of merchandise, with sneak peeks in person only available at convention booths! 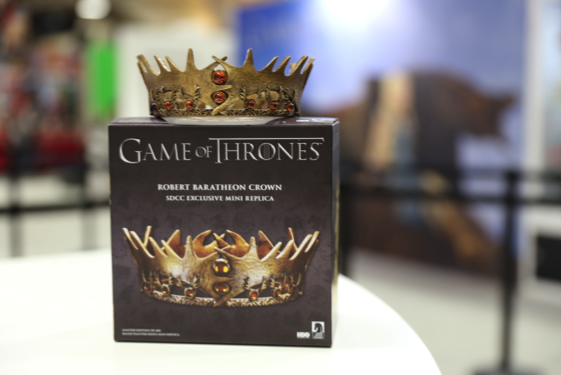 First up is an mini-replica of Robert Baratheon’s stag crown.

Lucky for Baratheon fans (I’m looking at you, Sue the Fury!), the crown is also available for pre-order at the HBO shop.

Next up are some Dark Horse figures including Oberyn Martell, Ygritte, Grey Worm, Sansa Stark, Jorah Mormont, Margaery Tyrell, The Hound, Brienne of Tarth, Bran Stark & HODOR! and even the Titan of Braavos statue!

The figurines are available at Booth #2615! 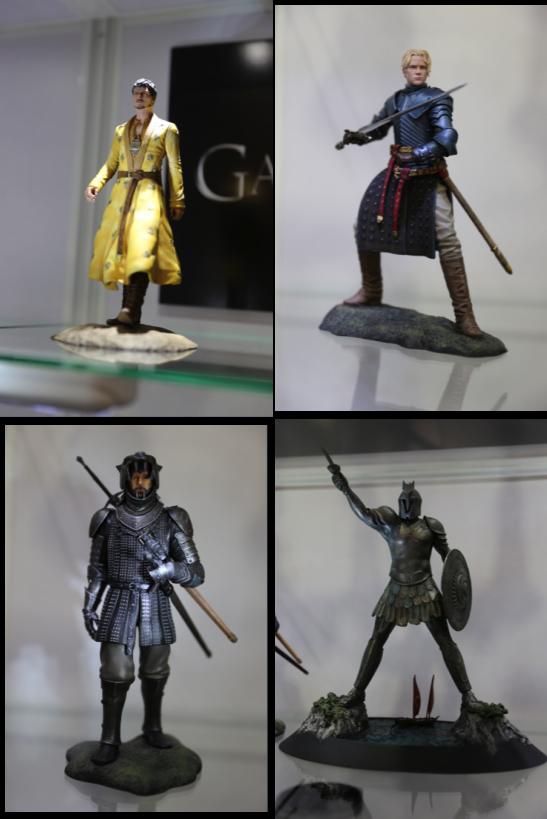 Next up, we have some dragon merchandise for our Targaryen fans including dragon egg book ends and a statuette of Dany and Drogon also available at Booth #2615! 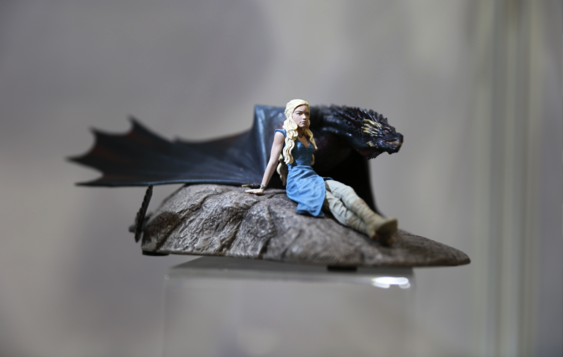 For our friends in the North, pick up an adorable Direwolf plush set to keep you warm featuring Grey Wind, Ghost, and Lady! Along with a Winterfell Desktop sculpture, you can turn your work space into your own personal fortress! Stop by Booth #2647 for more! 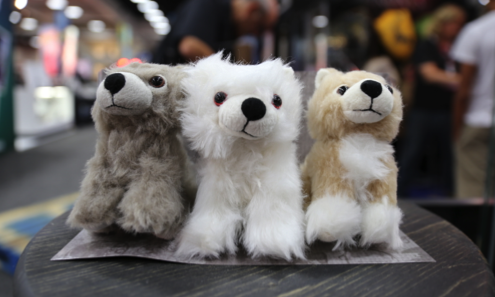 There’s plenty more to see over at the official Game of Thrones Twitter where they’ll be tweeting exclusive merchandise and opportunities to Experience the Realm! If you’re at Comic Con this week, follow the links for more details!

Watchers will be posting throughout the week to bring you up to date coverage if you (like this writer) are unable to attend but still want to stay informed! You can also purchase the above items online for pre-order! Shipping begins in August.

Finally, we have a first look at the Mother of Dragons building set from McFarlane Toys, which includes breaker-of-chains Daenerys, her dragons, and her Unsullied!

It will debut just in time for Season 6 in Spring of 2016 and will retail at $19.99. You can purchase other members of the Unsullied to grow your army through other sets and blind bags.

Head on over to Yahoo! for the full scoop!

What will you be picking up at Comic-Con? Or online when shipping starts! I’m looking at the dragon egg bookends, myself! Let us know in the comments below!