Maisie Williams arriving in Girona today; plus, new photos of sets and Ballintoy rumors! | Watchers on the Wall | A Game of Thrones Community for Breaking News, Casting, and Commentary 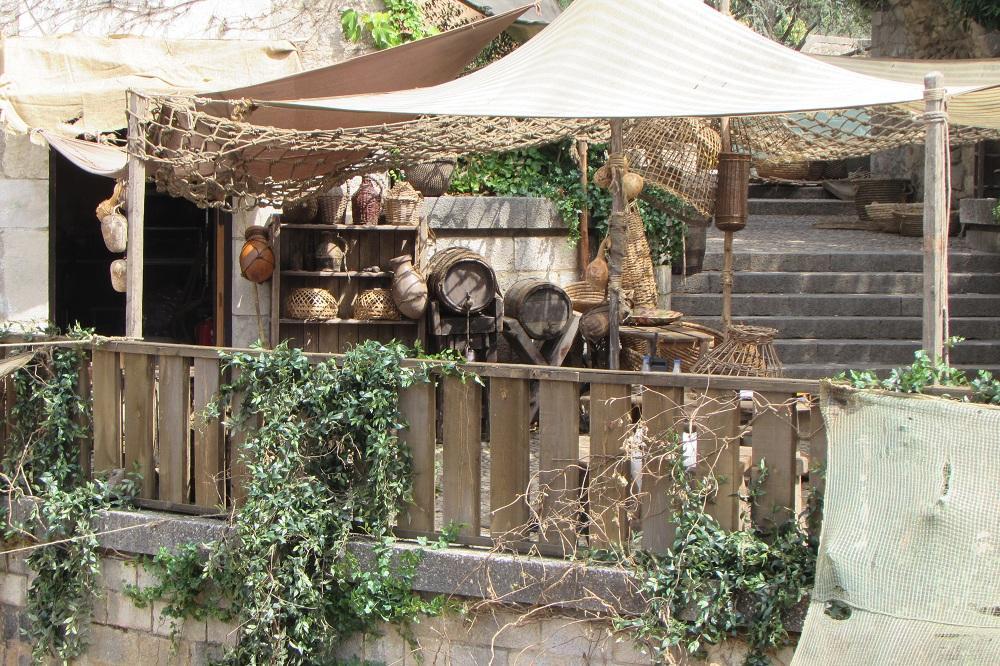 El Punt Avui reports that Maisie Williams will be arriving in Girona today. The newspaper’s sources have confirmed to them that actress is expected at a certain hotel, with a room registered to her already.

Though reputable sources have stated that Girona is partly Braavos for some time now, the impending arrival of the star confirms this. Filming is expected to begin in a couple days.

Sets have been under construction in the city for the past week, with a marketplace and a stage area taking shape. It’s popularly believed that the stage area may be a part of Arya’s storyline, as this correlates to info from ASOIAF. The marketplace has roughly stitched-together tent coverings in one section that look almost Dothraki  or more southern Essos, which presents an interesting puzzle. Are they building sets for different storylines very close together? It wouldn’t be the first time. With Maisie’s presence, Braavos is still the strongest possibility for the area.

A new batch of photos have been posted at Reddit by MrBlackMaze. Here are a few: 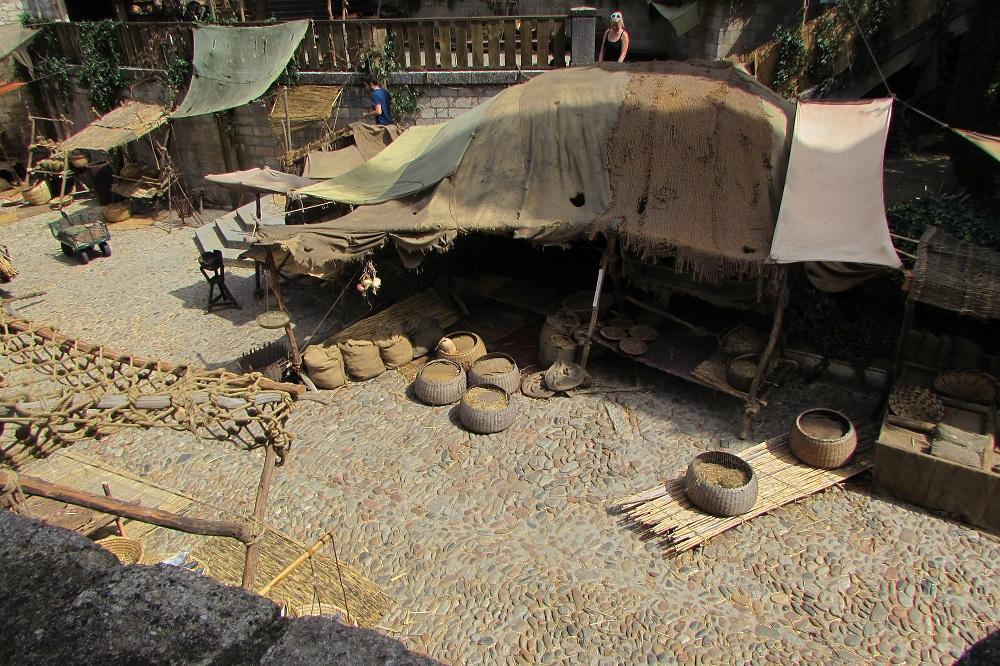 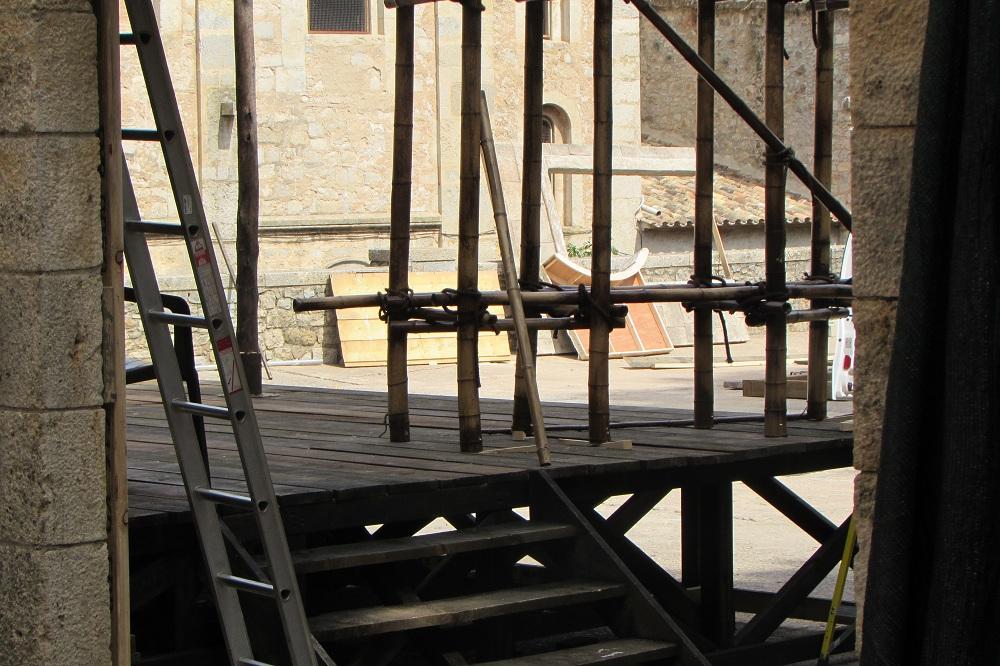 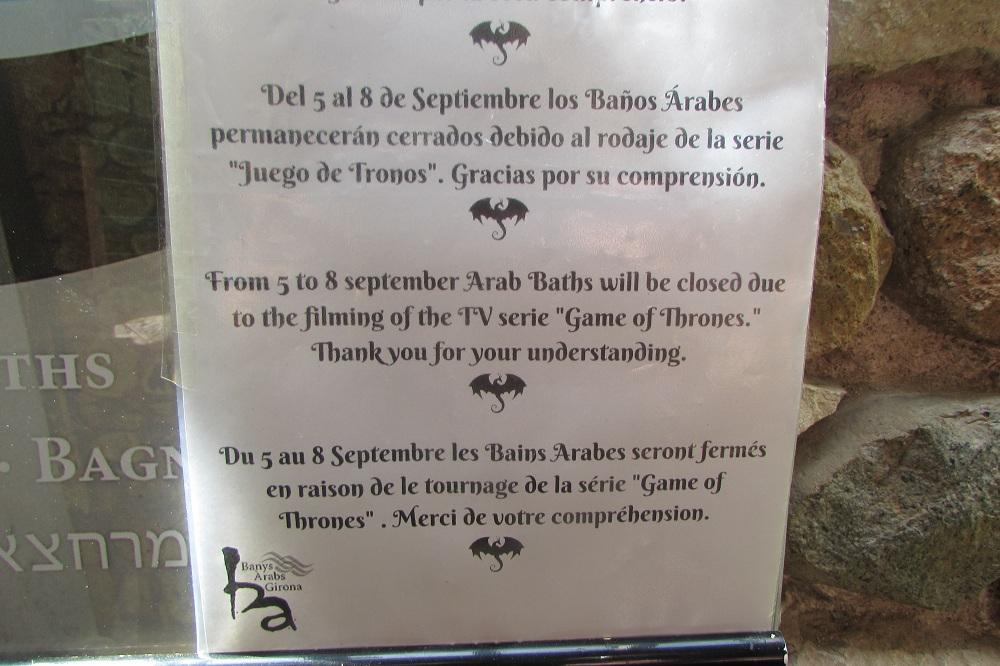 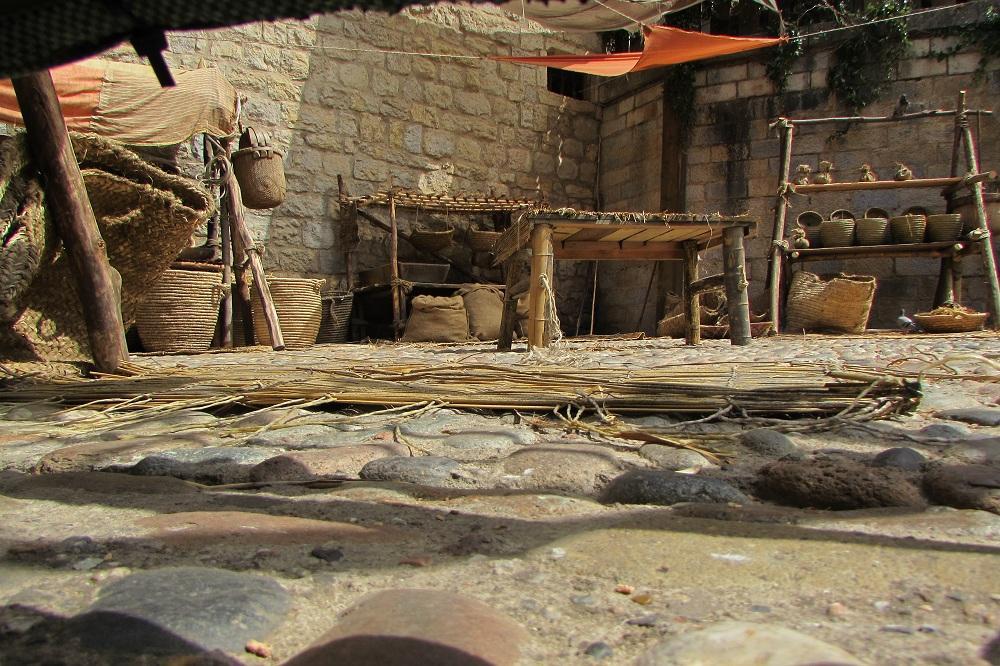 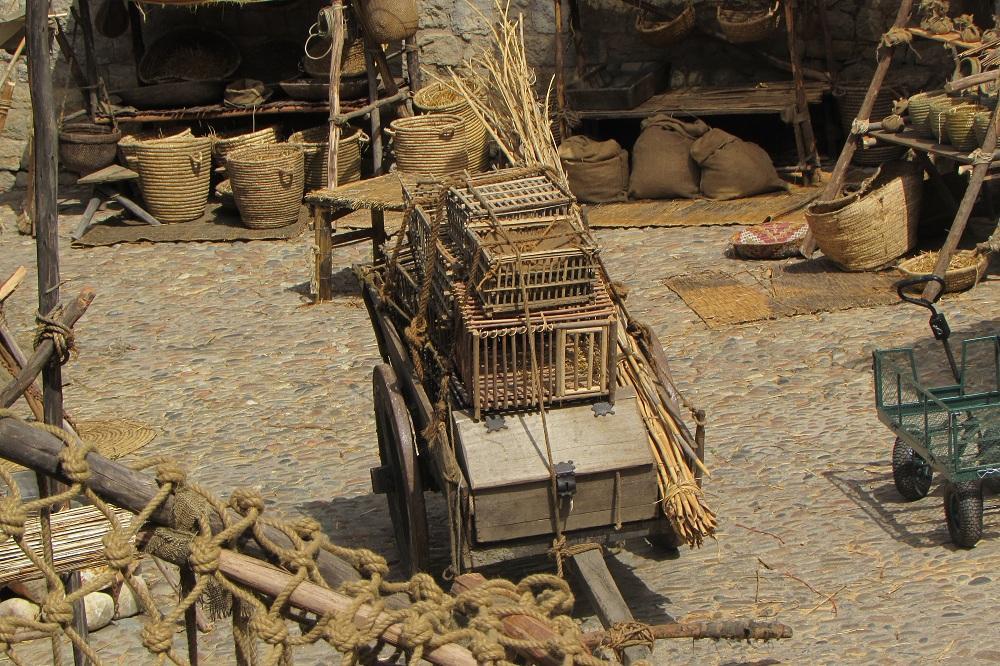 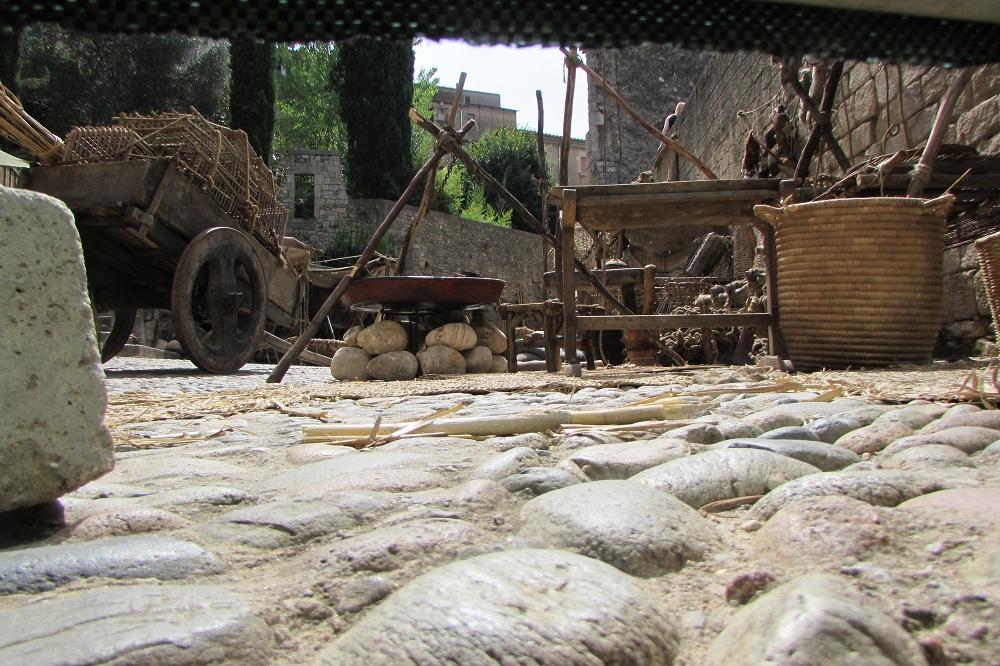 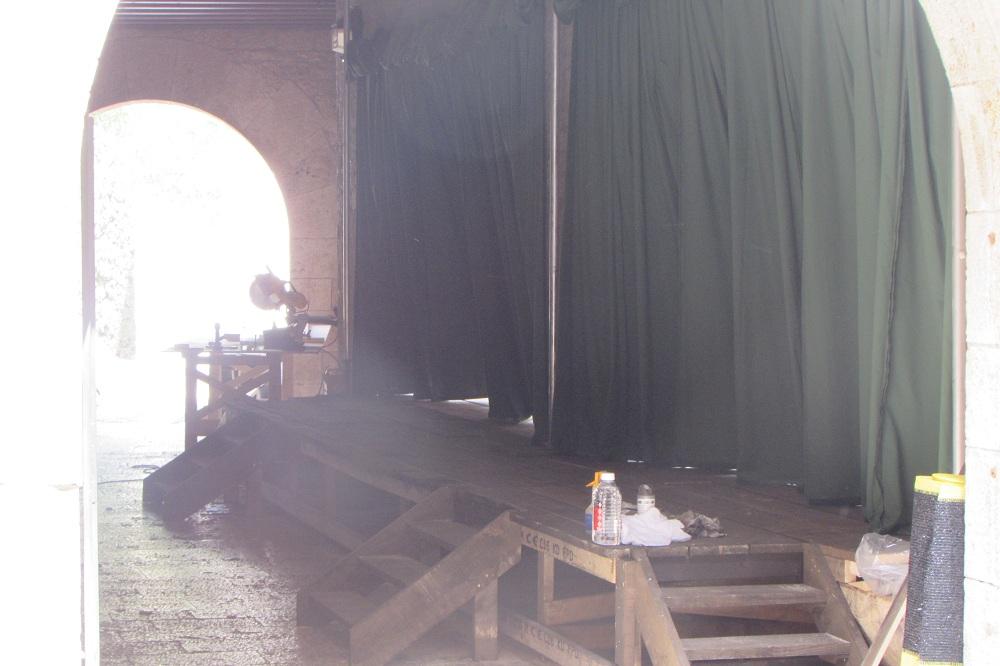 Yesterday was an odd and confusing day for Game of Thrones filming-spotting. The filming of Lost City of Z around Ballintoy was probably responsible for most of the sightings, but there are still pink GOT signs around Ballintoy Harbour. In addition to the ones we posted yesterday, there was also this sighting:

And then today, Causeway Tours mentioned more filming in the area for GoT:

I asked them a followup question and they replied:

@WatchersOTWall Seen it myself. Looked like Greyjoys from a distance thru my binoculars but couldn’t be sure

They also learned that GOT will be filming up there until September 5th.)

There are no photos yet, however, of this potential new shooting in Ballintoy Harbour today. The mention of the rope bridge is very exciting though!

The confusion actually is a little funny. It reminds me of a couple years ago, when Dracula Untold was filming around Northern Ireland, causing similar confusion with shooting and sets. Fans will have to look for GOT signage and make no assumptions!

To add: I posted this yesterday in comments but it’s worth adding here:

Alfie Allen posted this photo on Instagram yesterday, along with the comment, “Not a bad view from my room this week!”

Based on the room and the view, it appears to be in Port Ballintrae, Northern Ireland, which is about 20 minutes from Ballintoy Harbour. It’s also not far from other beaches the show has used like Downhill and Portstewart. So all week, he’s staying in the area close to Ballintoy. 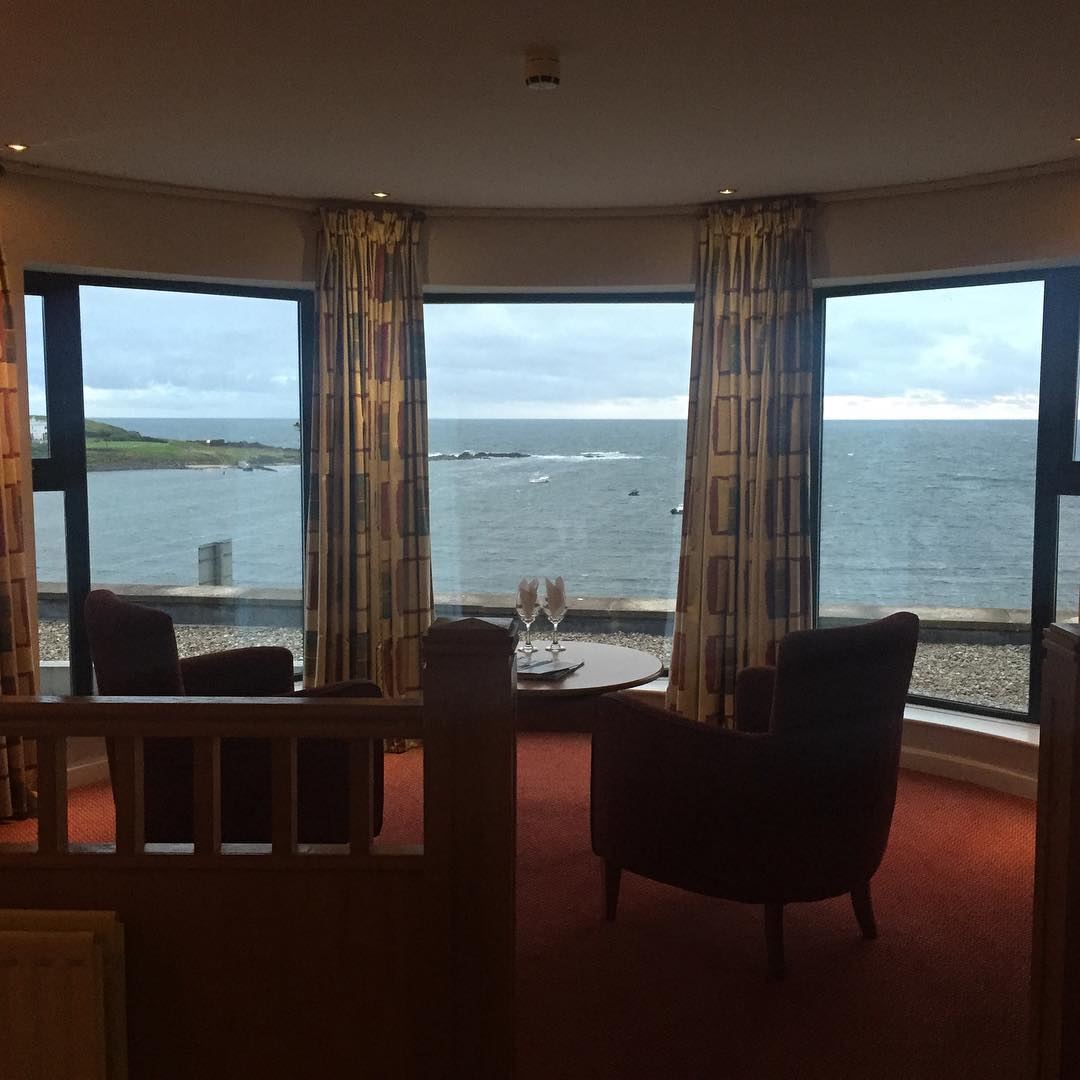