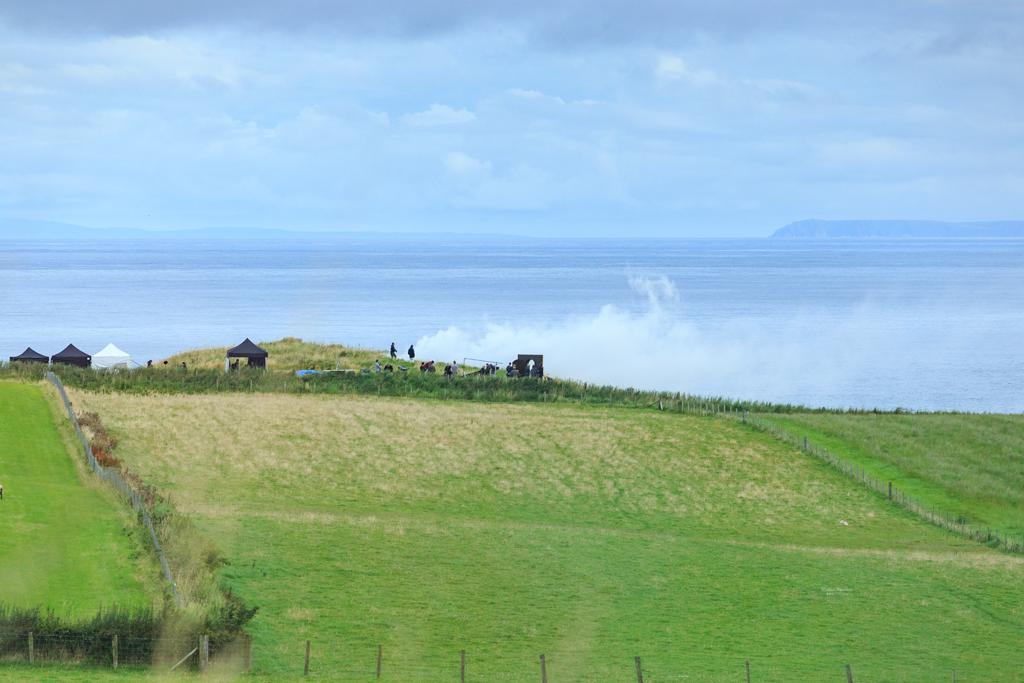 Location shooting in Northern Ireland for Game of Thrones has returned to Ballintoy Harbour this week. Photos are popping up on Twitter, giving us a peek at what’s happening over on location.

The picturesque coastal area was used most notably by the show in season 2 to portray the Iron Islands. The beach close by has been used for other scenes, such as the beach where Melisandre burned people alive in season 4.

It’s officially unknown at the moment what scene is being filmed at Ballintoy Harbour. There is reportedly a lot of smoke involved, as you can see from the photos. It’s difficult for anyone to get a closer look at the set. We did learn yesterday that there would be scenes involving a new character that filmed this week, so the Iron Islands are likely shooting somewhere- is it perhaps a scene for this storyline?

#GameOfThrones filming in Ballintoy! Exciting seeing the set(from a distance) and the people going back and forth from the trailer park

#GameOfThrones in Ballintoy! Passed this earlier on the way back from the Causeway. Exciting! pic.twitter.com/LtBhYNkgYk — Matthew Woodhouse (@Curious_Places) August 31, 2015 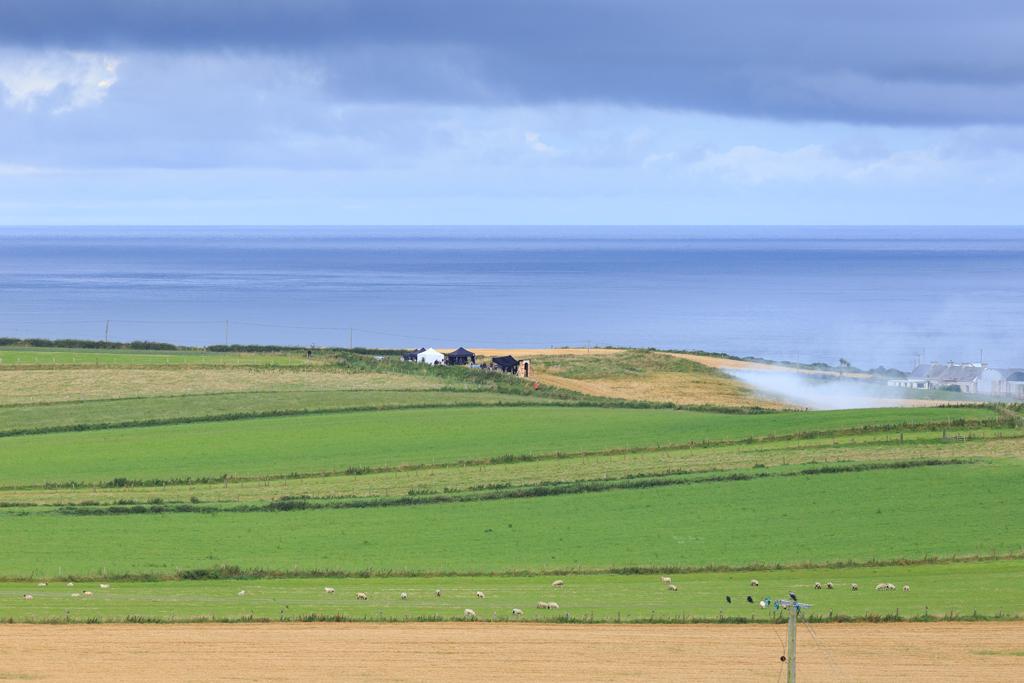 WotW reader Andrew Gillan shared this photo with us: 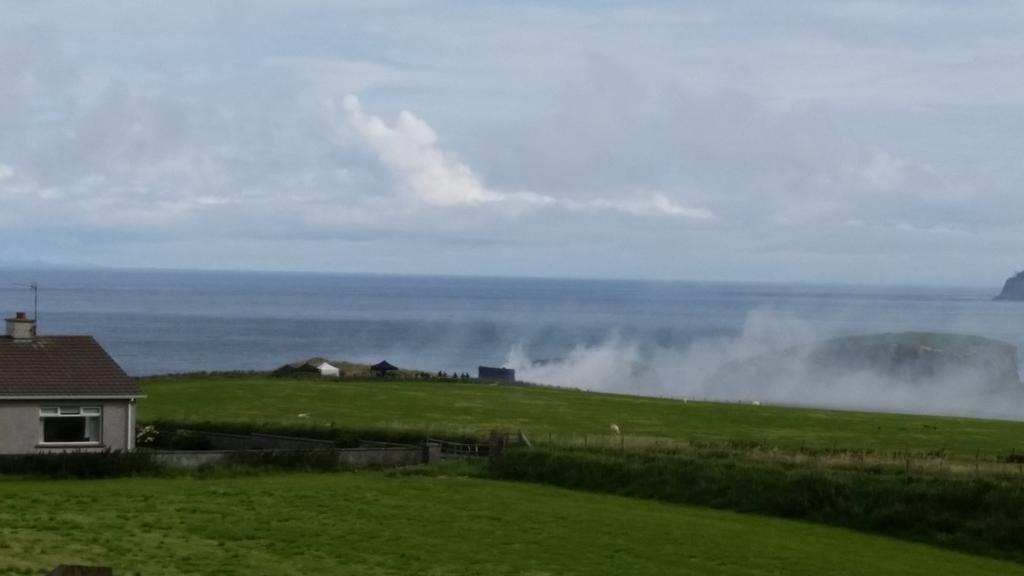 While we tend to automatically think Ballintoy Harbour = Iron Islands, it’s good to consider other possibilities. Rising smoke, indicating something is burning a great deal, makes me think they might be filming part of a coastal attack, which would be set elsewhere, perhaps

Update: There’s conflicting info today about who is filming where. The source of confusion is that both Game of Thrones and the film Lost City of Z are reported to be filming in the area. Lost City certainly is, with pictures of cast members filming by the church turning up in the press.

However, we do also have the current GOT signs (shown above) posted around Ballintoy. We’re looking into the matter more.